Four-time champion Rea charged to an impressive win in the Superpole race of Davies, clearing the British ace by 2.533s while Tom Sykes (BMW Motorrad WorldSBK Team) locked out the top three.

In race two, Davies claimed an impressive season-first triumph, and his first-ever aboard the Panigale V4 R. He defeated Rea by 3.333s, as Razgatlioglu completed the rostrum. Alex Lowes (Pata Yamaha Official WorldSBK) and Sykes were fourth and fifth respectively, while Bautista was once again forced to retire with injury.

Rea now leads Bautista by 81 points in the championship rankings as the WorldSBK heads to Portimao in Portugal on 6-8 September. 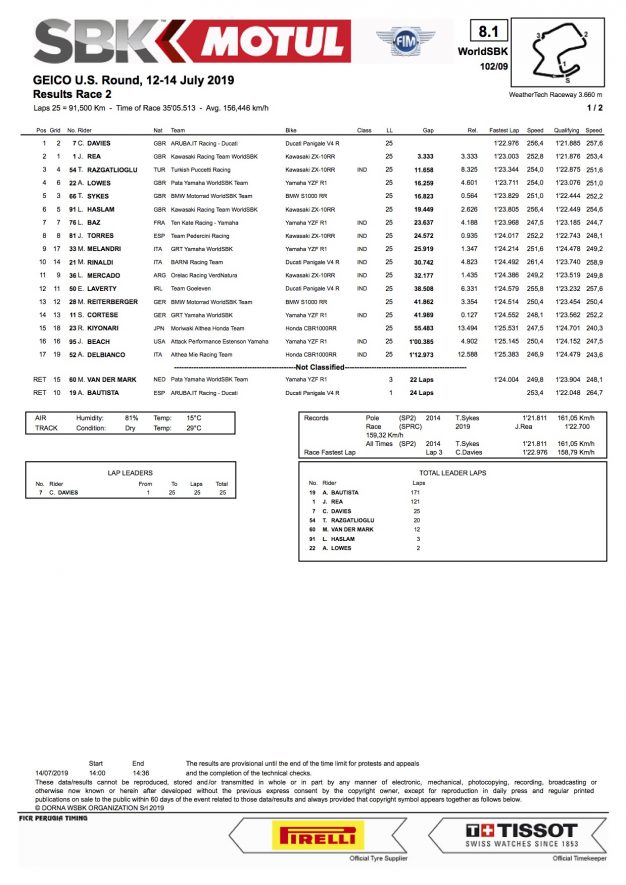