Just released in Australia, the 2019 Honda CBR500R has undergone a raft of changes for the new year model, offering a fresh face in the LAMS-approved motorcycle market. 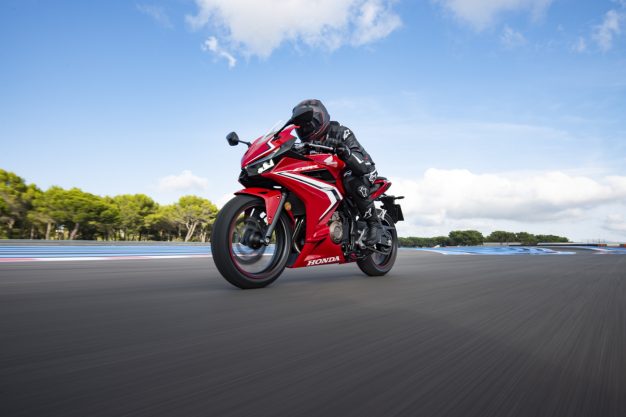 Q: What was the key design focus of the CBR500R?

A: The design was focused on delivering a more aggressive, aerodynamically driven supersport bike with a racing-inspired riding position. The motorcycle boasts straight, wedge-like feature lines and extended lower fairings, while the bodywork from front to rear has been overhauled, emphasising the sharp styling.

Q: Has the engine undergone any significant development?

A: Absolutely! For 2019, the CBR500R’s engine delivers faster acceleration through a boost in low to mid range power and torque in the 3000-7000rpm range – a four-percent improvement thanks to altered valve timing. Feeding the PGM-FI fuel injection is now a more or less straight shot of airflow through the airbox and throttle bodies. Adding to the powerplant’s features, a six-speed gearbox mirrors that of its CBR1000RR cousin and uses the same gear change arm structure and link mechanism, while the new addition of an assist/slipper clutch enables lighter upshifts and smooths out any hard downshifts. 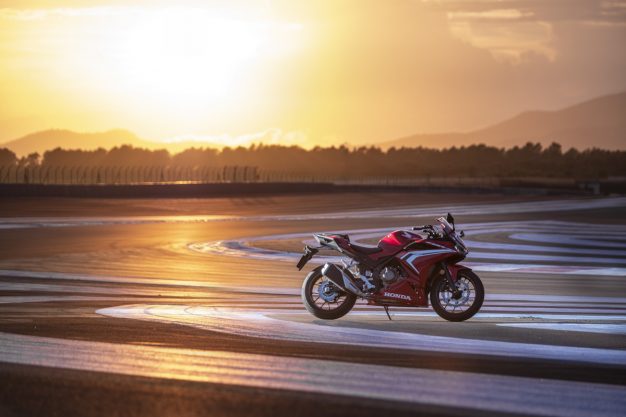 Q: And what about the chassis?

A: There have been a number of adjustments made to the chassis to improve rideability while complimenting the bike’s new aggressive styling. The seat pad and seat unit – plus the upper and side fairings – have been narrowed to improve ergonomics and movement, while the seat height remains low at 785mm, making the CBR500R very easy to manage and its riding position comfortably accommodates riders of any height. A new shock has also been fitted, and the clip-on bars are mounted lower between both triple clamps.

Q: Any tech updates we should know about?

A: The 2019 CBR500R features new LCD instrument for gear position and a shift-up indicator, which is set to a default 8750rpm but can be adjusted in 250rpm increments. The bike also boasts LED lighting across headlight, taillight and indicators, while ABS is fitted as standard.

Q: When will it be available in Australia?