Endurance World Championship set to remain at five rounds in the new season. 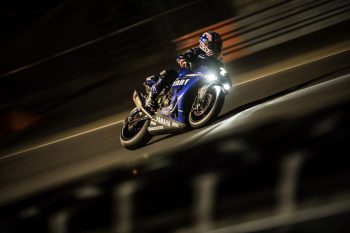 A provisional calendar for the 2019/2020 FIM Endurance World Championship (EWC) has been released, which is set remain at five rounds in the new season.

The championship will get underway with the Bol d’Or on 21 September on France’s Le Castellet circuit before heading to a new winter race in Southeast Asia, initiated as part of a calendar reform by championship promoter Eurosport Events.

The inaugural edition of the 8 Hours of Sepang, which results from a strong collaboration between FIM, Eurosport Events, Sepang International Circuit and Mobilityland, will be a qualifying round for the 2020 Suzuka 8 Hours.

Its innovative format lays the foundation for the first-ever double-header event in Asian motorsport, with two major car and motorcycle races taking place over a single weekend: the 8 Hours of Sepang on Saturday, 14 December, and the season finale of the FIA WTCR/OSCARO on Sunday, 15 December.

The 43rd edition of the 24 Heures Motos, traditionally held at Le Mans in mid-April, and the 8 Hours of Oschersleben on the first weekend of June will take place midway through the FIM EWC calendar.

The Suzuka 8 Hours round, the grand finale of the FIM Endurance World Championship, will be brought forward to mid-July, on a one-off basis, for the first time in its history.

“The Coca-Cola Suzuka 8 Hours Endurance Race has a long 42-year history,” explains Kaoru Tanaka, the new president of Mobilityland. “It has recently been established as the final round of the FIM Endurance World Championship, and is traditionally held on the last Sunday of July.

“For 2020, we decided to bring the event forward so it precedes the fanfare of the Tokyo Olympic Games. Now scheduled for July 19th, the Suzuka 8 Hours race will have the eyes of the world on Japan ahead of the Tokyo Olympics. Come join us for a sizzling season final in July 2020.”