Big crowds flocked to check out Yamaha’s new Tenere 700 adventure bike as the bike appeared in a series of presentations around the country.

The Trans Tasman Tenere Tour stopped at eight major Australian cities, all the way from Mackay through to Perth, while also travelling to New Zealand. Around 100 riders rocked up at each presentation eager to get their first look at the new mid-capacity adventure model due for local release this December. 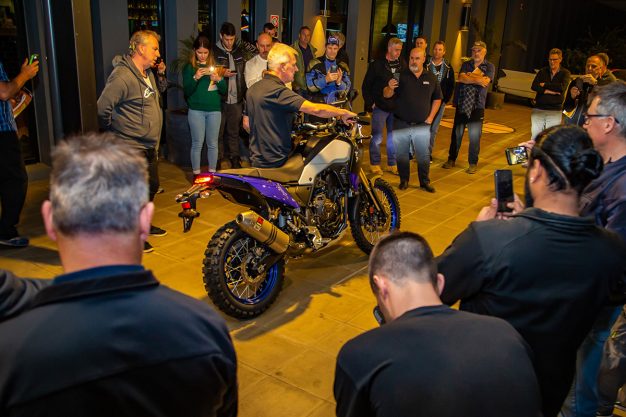 The booked-out evenings were hosted by Yamaha Motor Australia’s Chris Dobie, who was joined by Yamaha legends Stephen Gall and Rodney Faggotter, Tenere Tragics organiser Andrew Clubb and the team from Ride ADV.

The presentations walked guests through the development history and specifications of the new Tenere 700 with a reminder of the rich and successful heritage of the Tenere model. Three immaculately restored Tenere heritage models were also on show to highlight the 30-year evolution of the Dakar inspired model – which began with the air-cooled single-cylinder XT600ZL in 1983. 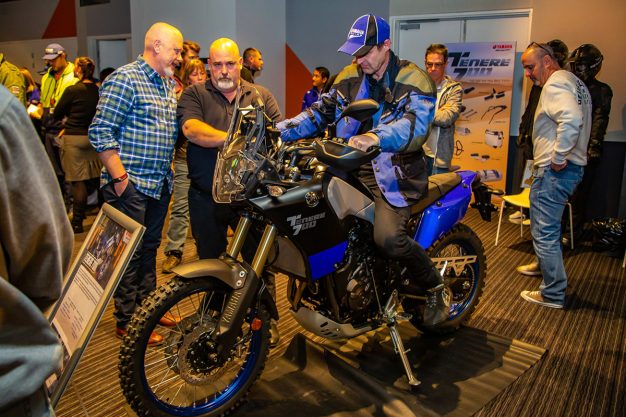 The trio of new Tenere 700 models featured an Australianised Ceramic Ice version fitted with an optional Rally Seat, Akrapovic exhaust and knobby tyres, a heritage-inspired Competition White model with an optional low seat and lowering link, and the full-fruit Tech Black was fitted with many of the touring accessories required by the serious horizon chaser.

In addition to Teneres new and old, Rodney Faggotter’s factory WR450F Dakar bike was also on display. The laconic Queenslander made a guest appearance at selected venues and entertained the crowds with his dry wit and stories about his experiences as a Yamaha Factory Dakar Rally rider tackling the world’s toughest motorcycle event. 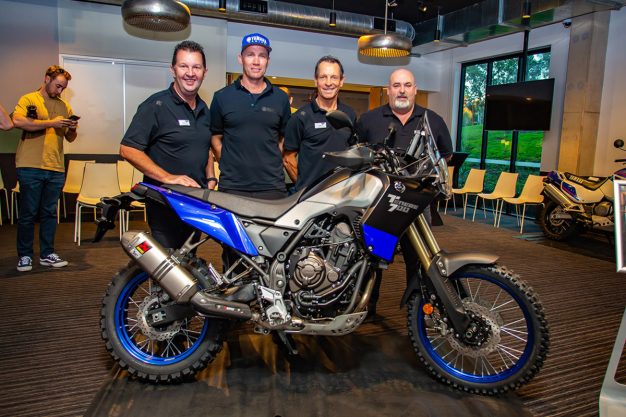 Yamaha dealers from around the country attended the events to further their knowledge of the new model and acquaint themselves with the vast array of genuine accessories, including the new range of Yamaha technical wear, and the soon-to-be-released Tenerée700 hoodie and t-shirt.

With Australian pricing set at $15,499 (plus on-road costs) dealers were busy taking orders, with the first shipment of bikes expected to be accounted for before they land on Australian soil. For more information, visit www.yamaha-motor.com.au.