Dominant race one ASBK win for Maxwell at Phillip Island

Herfoss fights off Jones for runner-up honours in the opening encounter. 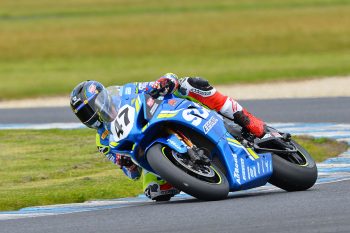 Team Suzuki Ecstar’s Wayne Maxwell earned a dominant race one victory at Phillip Island’s penultimate round of the 2019 Motul Pirelli Australian Superbike Championship (ASBK), while the fight for podium positions unfolded behind him.

The number 47 quickly moved by pole-sitter and championship leader Mike Jones (DesmoSport Ducati) in the opening corners, and that was the last the field saw of him as he lodged a 1.653s victory.

Herfoss eventually got the better of Jones, however an error with just one lap to spare saw the number one drop to third. It wasn’t the end though, as Herfoss pushed on to make an aggressive pass in the dying stages, managing to fend off Jones’ evidently faster Ducati down the final straight to claim runner-up honours by a slender 0.114s

Waters, who remained very much in the fight for the podium, was a further 0.070s behind Jones, as Halliday was a fraction off to complete the top five. 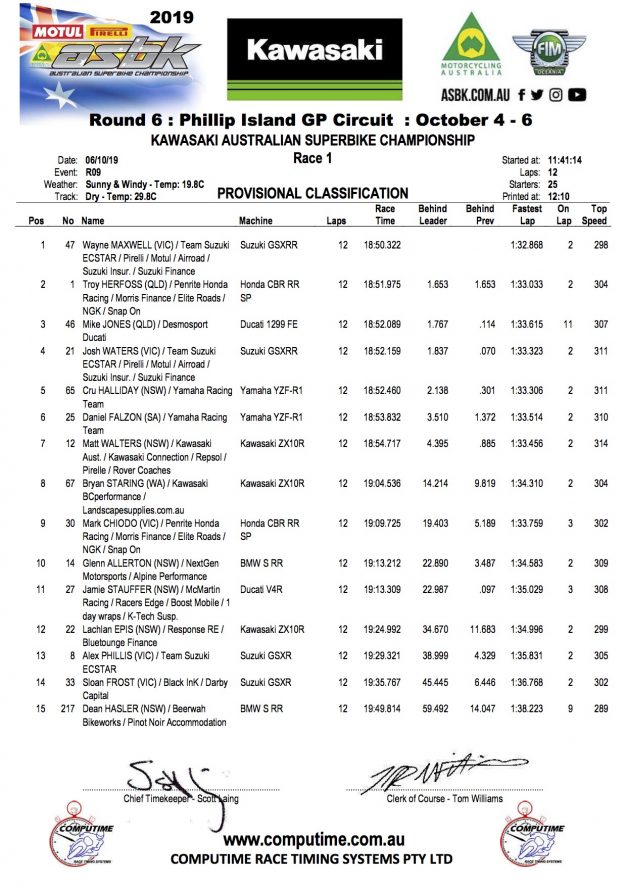