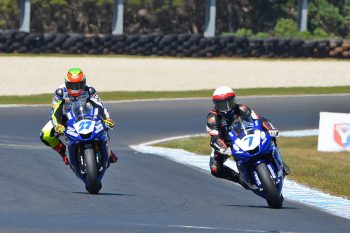 Fresh from earning the Supersport crown following race one, Landbridge Yamaha’s Tom Toparis went onto claim the overall victory with a pair of wins at Phillip Island’s sixth round of the 2019 Motul Pirelli Australian Superbike Championship (ASBK).

In challenging and windy conditions, Toparis pushed on to capture top honours in the opening outing of the day, with the New South Welshman only needing to finish sixth the secure his maiden Supersport crown.

Nic Liminton (Yamaha) was an early challenger for the top spot, however crashed out in the closing stages, allowing Aiden Hayes (Yamaha) and Jack Passfield (Yamaha) to complete the top three. Broc Pearson (Yamaha) and Ty Lynch (Yamaha) locked out the top five.

In race two, it was another Toparis show as the newly-crowned champion stormed to a 5.684s victory over Liminton, the South Australian comfortably earning runner-up honours. Hayes was third followed by Passfield and Richie Dibben (Suzuki), while overall it was Toparis from Hayes and Passfield.

In the Supersport 300 category, Senna Agius (Kawasaki) emerged with the overall win after recording a 1-2-1 scorecard across the weekend, defeating Luke Jhonston (Yamaha) and Yannis Shaw (Kawasaki), while the Yamaha R3 Cup was topped by Hunter Ford (Yamaha) followed by Max Stauffer (Yamaha) and Locky Taylor (Yamaha).

The ASBK now heads to Sydney Motorsport Park on 1-3 November for the seventh and final round of the series. 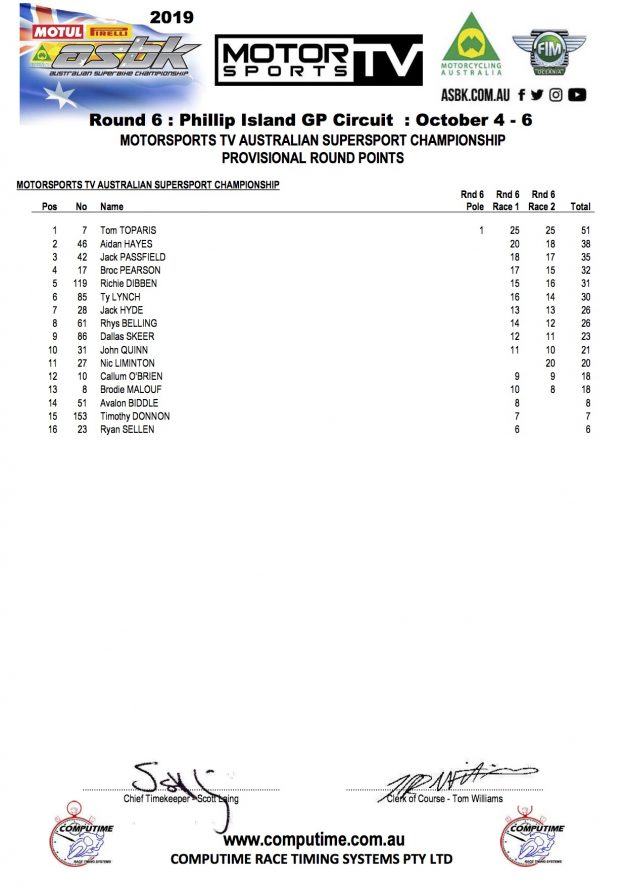 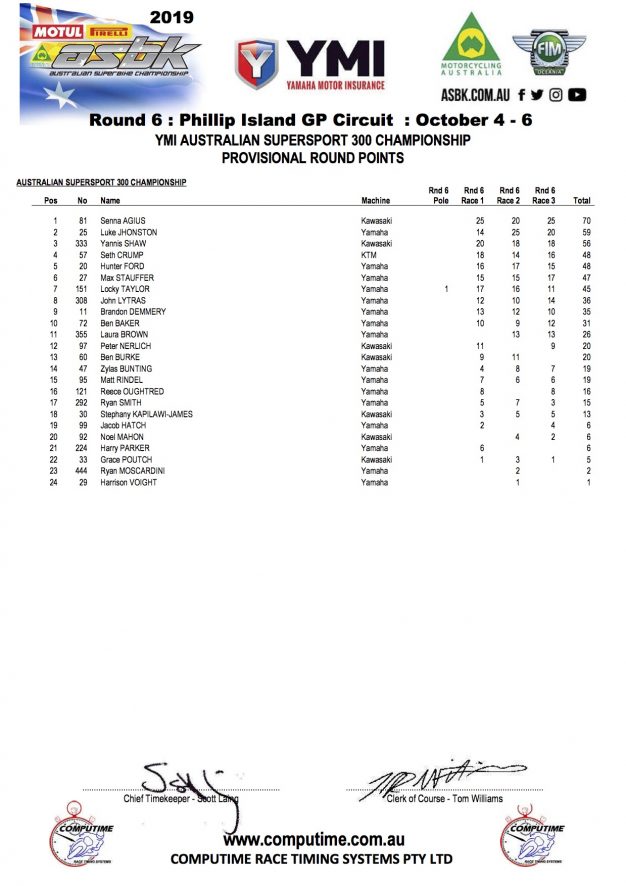 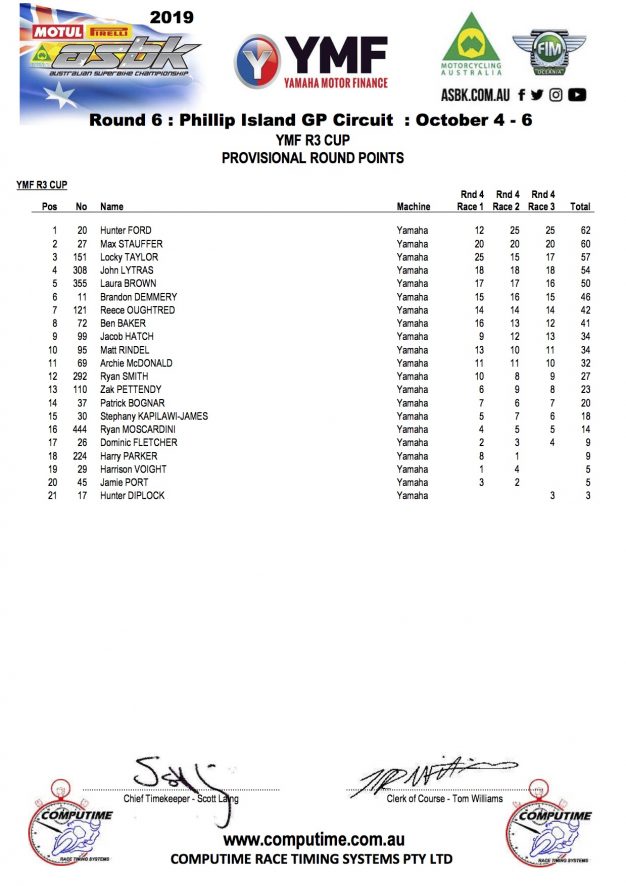 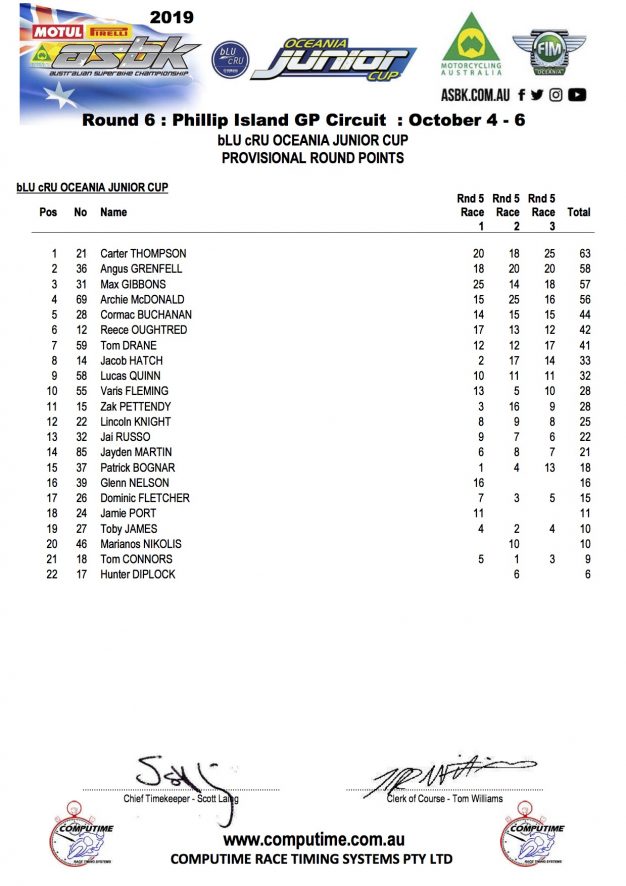