Lorenzo has ‘some ideas’ to sample at Japanese grand prix 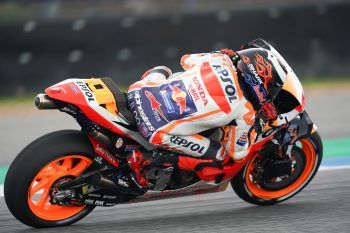 Repsol Honda’s Jorge Lorenzo says the team and himself have ‘some ideas’ to sample with the RC213V this weekend at the Japanese grand prix, as the Spaniard continues to strive for improvements.

The multi-time world champion has endured a difficult year with injuries and adapting to the Honda, with his most recent scorecards seeing him record 20-18 results at Aragon and Thailand.

“We head to Japan looking for more after two difficult weekends,” said Lorenzo. “Myself and the team have some ideas to try for the bike in Motegi which will hopefully allow us to get back to where we need to be.

“I have some good memories at the track and it will be special to race in front of the Japanese crowd for the first time as a Honda rider.”

Lorenzo is ranked 19th in the MotoGP World Championship with just four rounds left on the calendar.