The storylines that made the 2019 Australian Motorcycle Grand Prix.

The 2019 Australian Motorcycle Grand Prix was one for the history books in many respects, delivering a number of memorable moments across the weekend. In this edition of Q&A, we answer questions on the biggest headlines from the 17th round of the 2019 MotoGP World Championship. 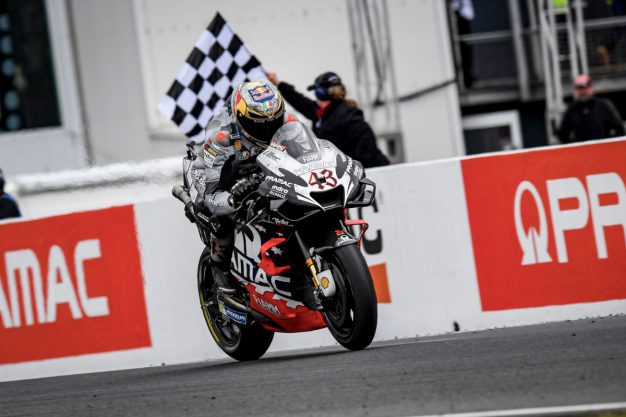 Q: Maverick Vinales was so dominant across the weekend, why did he record a DNF?

A: There’s no denying Maverick Vinales (Monster Energy Yamaha) was the favourite to win, and he almost got it done. The Spaniard was overtaken by recently-crowned world champion Marc Marquez (Repsol Honda) with a lap to go, and as the Yamaha pilot line-up his move in the dying moments, he suddenly crashed out of contention. It was a bitter end to the weekend for Vinales after being so dominant.

A: Pramac Racing’s Jack Miller didn’t have his greatest qualifying session, which saw him start from P9 on the fourth row. That didn’t deter the Australian fan-favourite, as he quickly charged his way to the front. In the closing laps, Miller held down P4 before benefitting from Vinales’ crash, which saw him scrape through for third by slimmest of margins.

Q: Why did MotoGP qualifying take place on Sunday?

A: This was actually one of the biggest moments of the weekend! Dangerous winds that swept through Phillip Island ultimately called for the cancellation of Saturday’s action after around 10 minutes of FP4. The session was red-flagged after a nasty incident involving Miguel Oliveira (Red Bull KTM Tech3), who was blown off the track. Qualifying for the MotoGP class rescheduled to Sunday morning. 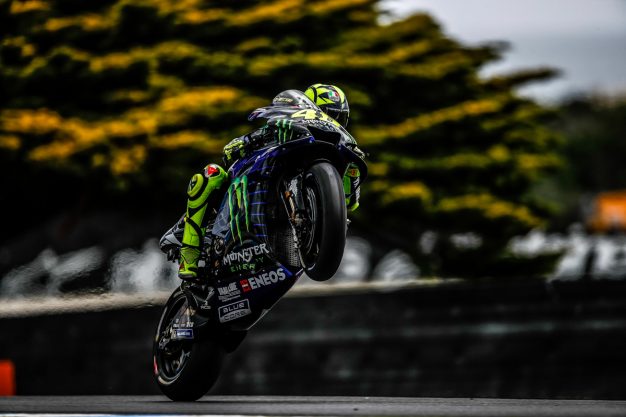 Q: Marc Marquez won yet again, how many premier class grand prix wins is that now?

A: It was a historic victory actually for the 2019 champion, as he shifted by Mick Doohan on the all-time winners’ list with 55 victories in the premier class, ranking him third behind Giacomo Agostini and Valentino Rossi. The win marked his fifth-straight victory as well – a feat he hasn’t achieved since 2014.

Q: Johann Zarco made his surprise debut with Honda, how did that pan out for him?

A: After his split with Red Bull KTM Factory Racing, there was a lot of attention on Johann Zarco as he made his LCR Honda debut in place of Takaaki Nakagami. And while he wasn’t his podium challenging self – not that he was expected to be – it was quite a promising weekend for the Frenchman, especially given the conditions he had to initially sample the bike. He finished 13th in the race after battling with former KTM teammate Pol Espargaro.

Q: Valentino Rossi made his 400th grand prix, did he have reason to celebrate?

A: Multi-time world champion Valentino Rossi didn’t win or land on the podium, although after how his recent races have gone, it was a promising result. The Monster Energy Yamaha rider actually led the opening few laps of the race after a fantastic start before fading back, crossing the line in eighth. While it doesn’t great for a rider of his calibre, Rossi actually finished a second shy of third’s Miller.