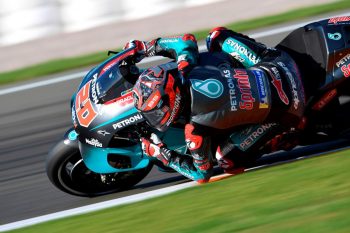 FP1 pacesetter Fabio Quartararo (Petronas Yamaha SRT) made it double trouble for his rivals on Friday at Valencia, topping the timesheets again in the afternoon for dominion on day one. He has a tenth and a half in hand over fellow Yamaha rider Maverick Vinales (Monster Energy Yamaha MotoGP), with world champion Marc Marquez (Repsol Honda Team) placing P3 so far.

After a chillier start, conditions were slightly warmer in the afternoon and allowed some riders to head out and post their best times of the day early in FP2, one of whom was Marquez as he sat on top of the standings in the opening exchanges.

He and Viñales had got the better of Quartararo’s FP1 time fairly early on and leapfrogged the Rookie of the Year on the combined times, with Joan Mir (Team Suzuki Ecstar) putting in some impressive laps to claw his way up to P2 overall with around 10 minutes left to play as well. But the clock was ticking down and that meant a shuffle on the way.

Cal Crutchlow (LCR Honda Castrol) moved himself into the top 10, Jack Miller (Pramac Racing) and Franco Morbidelli (Petronas Yamaha SRT) took P2 and P3 on the combined times respectively and at this stage, FP1 leader Quartararo hadn’t improved. So it was instead Vinales who first displaced Marquez from P1, but the Frenchman was on a charge and made his first gains to get up into second and then go top with an even better effort.

That sees him top so far from Sepang winner Vinales and Champion Marquez, with Miller in fourth at the end of the day despite a crash – and the Australian was second in FP1. Morbidelli takes P5, ahead of Alex Rins (Team Suzuki Ecstar). The two-time premier class race winner got the better of rookie teammate Mir in the end, but not by much as the number 36 ends Friday in seventh.

Aleix Espargaro (Aprilia Racing Team Gresini) impressed in P8, with late times from Andrea Dovizioso (Ducati Team) and Johann Zarco (LCR Honda Idemitsu) seeing them grab a top 10 place in ninth and 10th respectively. Zarco’s temporary teammate Crutchlow was the man to lose out as he ended the day in 11th.

He’ll be a big name hoping to improve in FP3, and perhaps the biggest name has the same task ahead of him on Saturday: after crashing in FP1 at turn 4, Valentino Rossi (Monster Energy Yamaha MotoGP) was unfortunately in the gravel again in FP2.

Brad Binder (Red Bull KTM Ajo) wasn’t hanging around in FP2 as he set a new lap record to sit over half a second clear in the Moto2 category. The South African’s 1m34.622s was unmatchable on Friday afternoon, with Augusto Fernandez (FlexBox HP 40) and Fabio Di Giannantonio (MB Conveyors Speed Up) getting the closest but still over half a second back. Australian Remy Gardner (SAG Racing) was 22nd on the timesheets.

Jaume Masia (Mugen Race) was fastest in the Moto3 class, the KTM man heading rookie and fellow Valencian Sergio Garcia (Estrella Galicia 0,0) by just 0.069 on Friday. Marcos Ramirez (Leopard Racing) rounded out the top three, only another 0.086 in arrears. 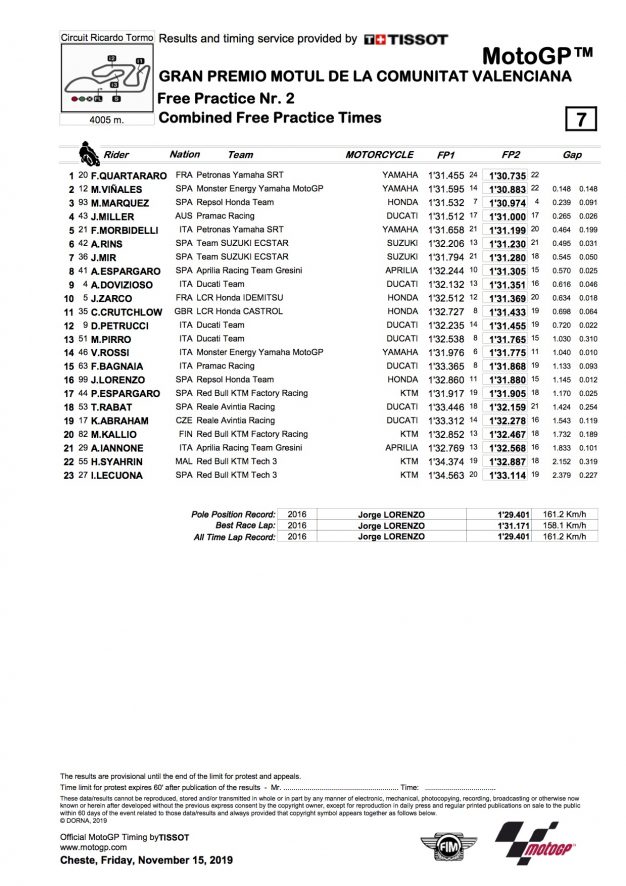 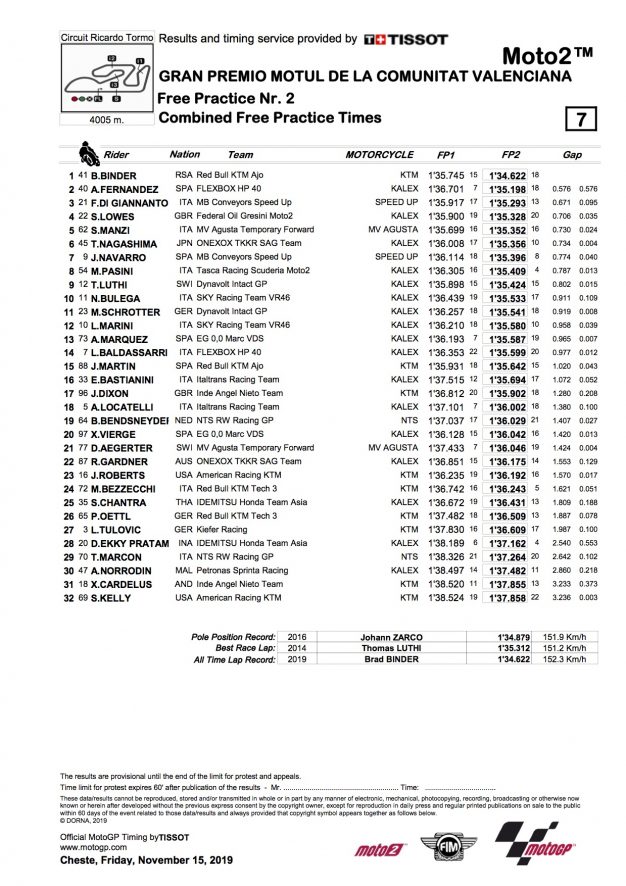 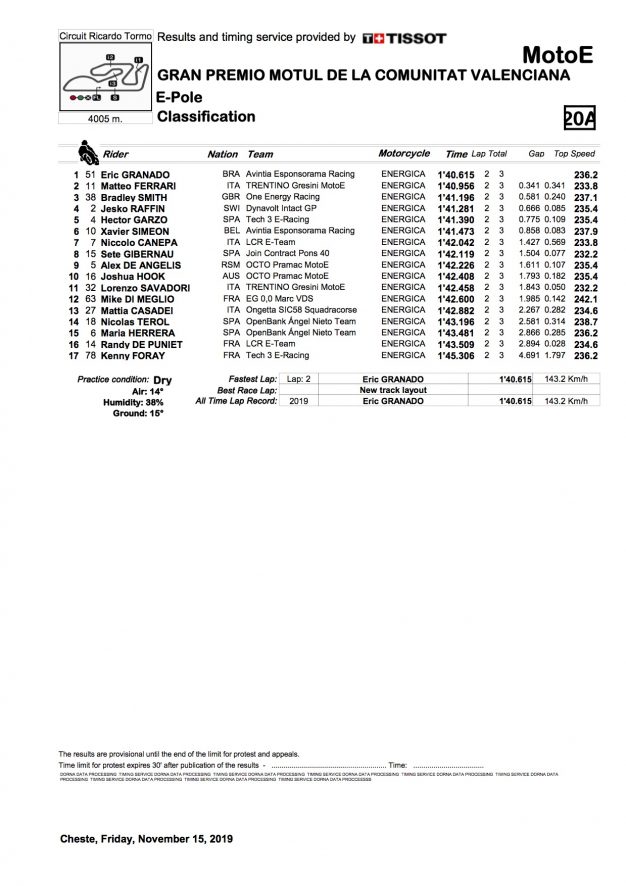