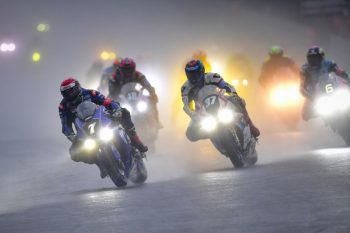 YART Yamaha secured victory in a weather-affected 8 Hours of Sepang for round two of the 2019/2020 FIM Endurance World Championship (EWC) in Malaysia.

The team won the day despite an electronics scare in the early stages of the race by steering clear of trouble with Niccolo Canepa as the only Yamaha number seven rider in the saddle throughout the race.

The strategy of having a sole fast rider with experience of tricky track conditions proved fruitful – Australian Broc Parkes and Karel Hanika were however co-credited with the win.

The team finished ahead of Honda Asia Dream Racing with Showa, who ran a consistent race in the leading pack with Malaysian rider Zaqhwan Zaidi, Thai rider Somkiat Chantra and Indonesian Andi Farid Izdihar. The Japanese team’s line-up had already done brilliantly in the Top 10 Trial, wresting second place on the starting grid.

BMW Motorrad World Endurance Team claimed their second podium at the 8 Hours of Sepang with riders Ilya Mykhalchyk and Markus Reiterberger after their Bol d’Or podium finish. Kenny Foray sustained an injury in practice and was unable to compete in the race. Moto Ain and championship leader Suzuki Endurance Racing Team completed the top five.

Yamaha Sepang Racing, who dominated qualifying and the early stages of the race, and their chief rival F.C.C. TSR Honda France broke away from the other front-runners to embark on a duel for the lead. A collision involving Mike di Meglio (F.C.C. TSR Honda France) and WorldSBK Michael van der Mark (Yamaha Sepang Racing) knocked both machines to the ground.

After a pit stop, van der Mark returned to the track beyond 40th place. By dint of piling up fastest race laps – including a 2m17.817s by MotoGP rider Franco Morbidelli – Yamaha Sepang Racing finished seventh.

F.C.C. TSR Honda France – which includes Australian Josh Hook, who sat out of the race with illness – returned to the lead after the collision, but lost their chance of a win after di Meglio crashed out with one hour left in the race.

The Endurance World Championship now heads to Le Mans for the 24 Heures Motos on 18-19 April 2020. 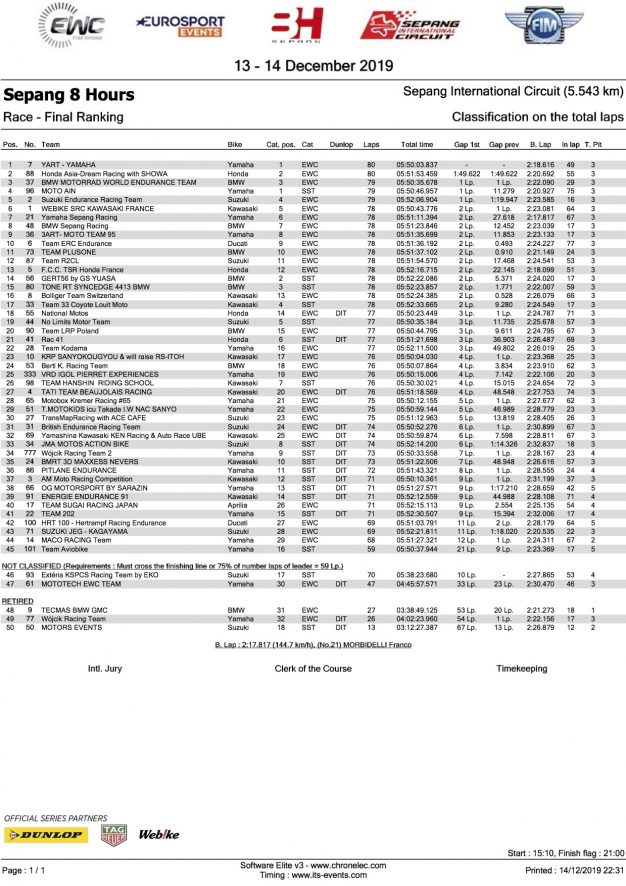