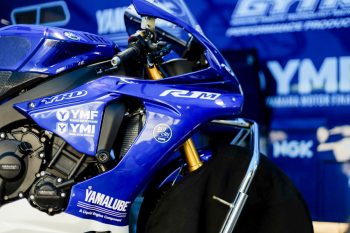 Aiden Wagner has indicated his first outing aboard the Yamaha Racing Team R1 will be at the official ASBK test at the end of the month, although he’ll make a return to riding this week aboard his personal bike in an effort to fast-track his progress after being sidelined with a shoulder injury.

Wagner, who won the opening round of ASBK at Phillip Island last year, has been sidelined since Wakefield Park’s second round, where a heavy crash prompted him to undergo his fourth shoulder reconstruction.

Recently signing with Yamaha Racing Team alongside Cru Halliday, the number 28 will visit Phillip Island on Thursday and Friday before riding at Winton on Sunday, where he intends to gain valuable seat time after eight months on the sidelines.

“I’m heading down to Phillip Island on Thursday and Friday for my first time back on the Superbike since the surgery,” Wagner told CycleOnline.com.au. “It’s recovering quite well – I’m feeling strong and I’m feeling fit.

“My surgeon has done a really good job of reconstructing it – as bad the injury was, he made quite a strong shoulder out of it. I think it will be just as strong.

The official ASBK test at Phillip Island is scheduled for 29-30 January.