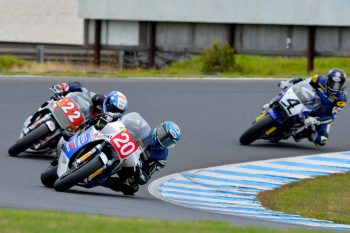 Australia has successfully defended the International Challenge winning the three-nation battle at he Island Classic, with the locals’ 704 point haul securing victory over rivals America with 691 points and the UK third with 423 points.

Albury’s Alex Phillis was the star performer – claiming two wins, a second and a third across the four six-lap races – to lead the Australian effort and be awarded the best individual performer on the grid aboard his Suzuki 1260. He won the Ken Wootton trophy with his 157 point haul.

Just behind was Melbourne polesitter Jed Metcher who produced four podium places on his Yamaha FJ to amass 155 points, racing at the front of the pack throughout the meet to make a major contribution to the Australian victory.

But it was far from an easy Australia Day victory, with the Americans taking it to the Aussies in every race. Their major nemesis was Californian ace Josh Hayes – a multi AMA champ – who at 43, still possesses the speed and competitive grit that has seen him amass 83 career wins across many classes over a brilliant motorcycling career.

Hayes had his work cut out from him for the literal start – thanks to engine issues in qualifying relegating him to grid position seven for each race and a testing third row start.

Saturday’s front-runners continued to dominate with Australia’s Alex Phillis winning race three on his Suzuki ahead of Jed Metcher, with America’s Josh Hayes in third.

Polesitter Metcher won the start and while struggling somewhat with the front end of his Yamaha, led for the first four laps, while the melee settled behind him.

Phillis on the other hand, had a lousy start off the front-row and was pushed back to sixth by the end of the first lap. In front of him lay Metcher, former enduro champ Steve Martin and the formidable American trio of Larry Pegram, Josh Hayes and Michael Gilbert on their Mojo Yamahas.

Despite gearbox problems and some light rain mid-race Phillis slowly ticked them off, and by the end of lap three it was a Metcher/Phillis battle at the front with Hayes in pursuit.

Phillis took the lead going into turn three, with Metcher biting back to once again take control. Phillis though had the top speed advantage, and took the lead on Gardner Straight to head the final laps to the flag and cross 0.077s in front of Metcher and seize 40 points for the Australians .

With no sign of rain, race four was an epic final battle in the sun. Metcher won the start and led at the end of lap one. Rather than Phillis who was struggling with gearbox issues, it was Metcher and Hayes that set the pace.

Hayes took the lead on lap two, and despite the badgering of Metcher and Phillis, added the race four victory to his race one win and to finish the weekend with two victories, a third and a fifth. 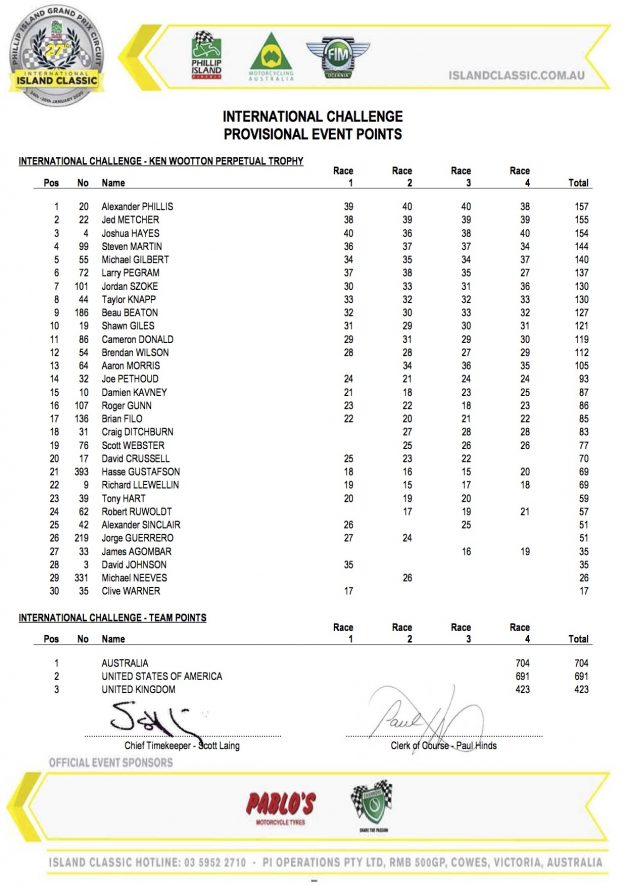 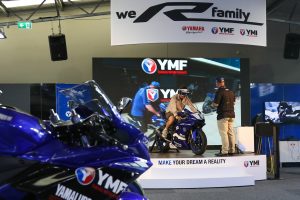