On the day of Fabio Quartararo’s newly-announced Monster Energy Yamaha Factory Racing contract that will take effect from 2021, we take a look at the Frenchman’s MotoGP World Championship debut at Qatar less than 12 months ago.

The then teenager had scored a deal to graduate to the premier class with Petronas SRT Yamaha, entering the series as somewhat of an underdog after finishing 10th in the 2018 Moto2 standings with just a singular victory to his name.

Quartararo quickly put an end to any talk that he was ‘undeserving’ of the ride when he qualified fifth fastest under the lights at Qatar’s season-opener, taking the field and industry by surprise. 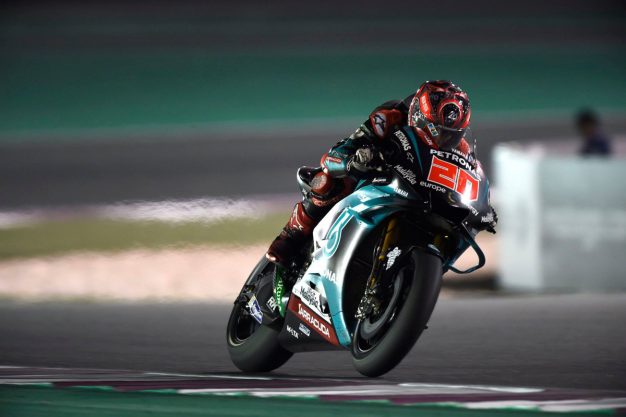 It was the highlight of his weekend, with a rookie mistake – stalling the bike on the line – forcing him to start from pit lane and work his way from the rear of the field. Despite that setback, the French youngster put together an impressive charge, setting the fastest lap of the race on lap three with a time of 1m55.039s before finishing in 16th.

“I made a mistake before the start, which was a shame, but it is better to make mistakes at the start of the season rather than in the middle,” said Quartaro. “The first lap was very difficult because the tyres were still cold so I had to really concentrate under braking, I stayed calm and was very careful until the tyres got up to temperature before I increased my rhythm and pushed.

“I struggled a little towards the end of the race but I am happy with the job we have done here during the weekend and also at the test. The biggest thing I learned from my first grand prix is that it is much harder to overtake in this category than it is in Moto2 and Moto3, but we did learn a lot during the race. I want to thank the team for all their support during my first Grand Prix in this category. Now I can’t wait for the next one.” 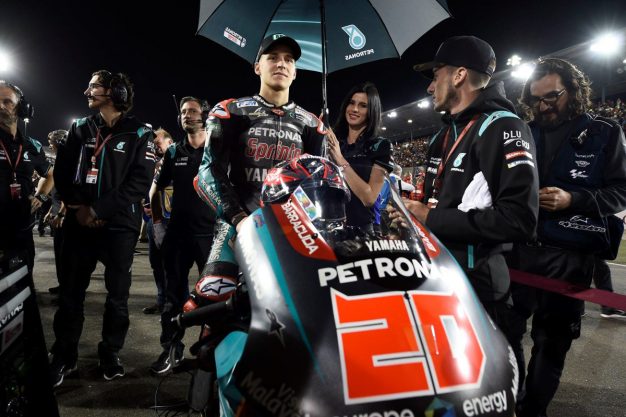 It was only a sign of things to come for the youthful talent, as he pushed eventual champion Marc Marquez (Repsol Honda) to the edge on multiple occasions, ultimately claiming seven podiums and six pole positions on his way to fifth in the championship standings. His points tally saw him earn Rookie of the Year honours while also topping the Independent Rider Championship.

A glowing rookie season made him hot property amongst the rider market, with Yamaha securing him for the 2021 and 2022 seasons as a replacement legend Valentino Rossi. The 20-year-old will pilot a current-spec factory Yamaha YZR-M1 with Petronas SRT Yamaha this season.