It was a highly-positive outing for Wayne Maxwell at the last week’s Phillip Island ASBK test, as the former champion took the McMartin Racing-operated Boost Mobile Ducati Panigale V4 R to the top of the timesheets during both days of testing. 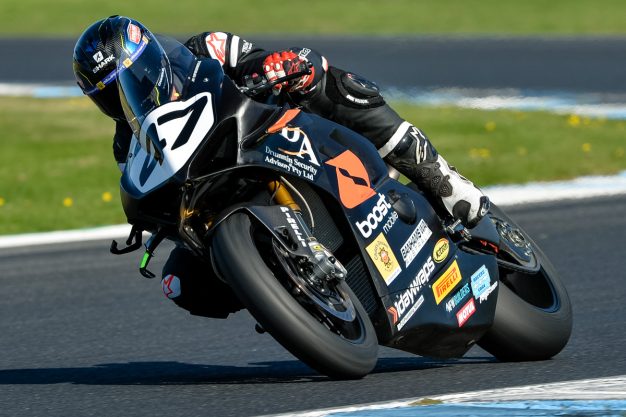 You were super impressive last week at the ASBK test, did it take you by surprise with all the changes considered?

I wasn’t surprised at all – I had a ride of the bike before Christmas, and I had a couple of successful days. I knew we had a lot of stuff to test, especially with K-Tech giving us an upgrade in the suspension. I had a lot of things to work through, but I knew if I found a spot I was comfortable with, I could probably improve from where I was.

So many riders comment on how different it is to ride the Ducati, but you seem to be gelling with it quite nicely. Have you had to adapt your riding style, or do you feel your style just suits bike’s characteristics?

I think my riding style definitely suits the Boost Mobile Ducati, it’s very nimble and you can turn on the throttle. That’s one thing that’s been lucky for me – each rider has a different style, so to be able to adapt and have the bike suit me is a godsend. 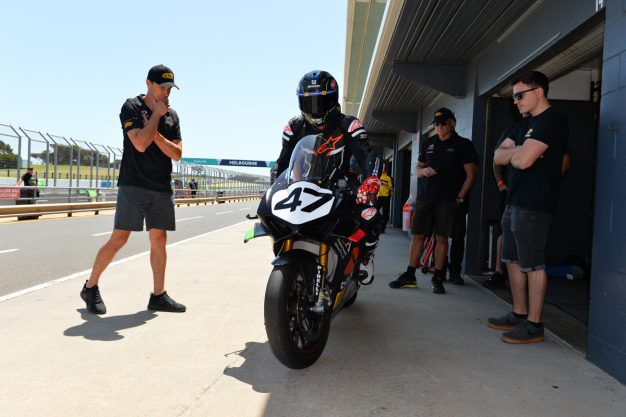 Going beneath the ASBK lap record at Phillip Island must be an extra confidence booster for not only yourself but also the team...

Definitely – it’s the right direction and it’s where we want to be. I’ve been saying we should be able to move lap-times, and last year we saw Mike do it once in the first round of the race and once in qualifying. The best thing was that the conditions probably weren’t ideal the other day, and it gives us confidence that we can improve again lap-time wise. I guess where he ended up against everyone else is a great boost of confidence, and knowing we have more things to test is going to put us in a good spot heading into round one.

I remember when we last spoke, you were still in the early stages of finalising sponsors for this season. I noticed the Boost Mobile branding, so that must be pretty promising…

We have some key partners in Boost Mobile and Drummin Security Advisory – they’re the two key partners that we have. Obviously, we still need to get a few more significant partners, but it’s a great start to work with two companies that are that professional and that committed to racing.

Do you feel there’s a sense of a point to prove this season by being back in what is essentially a privateer set-up?

Definitely, I’m sort of taking the same approach. The real challenge this year is that the current champion is on exactly the same bike as me – last year he obviously had a clear advantage racing a 1300 versus a regulation that should only be 1200 – there’s no doubt his bike was fast, but now I’m on the same bike as the rules and it’s a personal challenge for me. I’m looking forward to getting stuck in with the boys and taking off where we finished up at the end of 2019.