Experts weigh in on who will be crowned champion in season 2020.

With the 2020 Mi-Bike Australian Superbike Championship (ASBK) taking off at Phillip Island this weekend alongside the Yamaha Finance Round of the Motul Superbike World Championship (WorldSBK), CycleOnline.com.au has sourced a range of pre-season predictions to find out who the experts think will take out this year’s premier class crown. 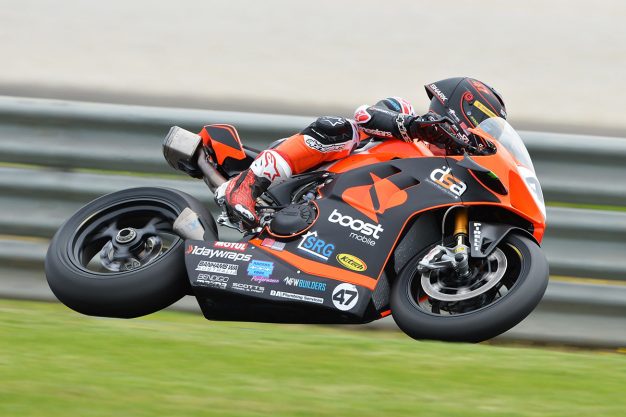 One and two for me would have to be a toss-up between Maxwell and Herfoss. The Ducati is very competitive in standard trim, so I think Wayne can be super-competitive on it. I know from experience that Craig McMartin builds an amazing bike and will to do whatever it takes to make the rider comfortable. With Wayne’s knowledge and determination, that could be a race-winning package right there. Herfoss is always going to be there, he’s like a dog with a bone and even on his bad weekends he always seems to leave the round with decent points. Having Paul Free back in the team and the release of the new CBR1000RR-R will be a massive boost in confidence for all at Honda racing. I’m interested to see what the year holds for them, but once again that is a race-winning package to say the least. I’d have to back Mike Jones for rounding out the top three positions, because he is in a great team with a good bunch of guys around him that he’s familiar with. He’s consistently fast and knows how to win races.

Maxwell put a lot of work into getting the Ducati ride, he’s super-keen for a championship and early testing has shown the bike to be solid. I think if Troy had the 2020 bike now he’d be hard to beat, but giving the Ducati a two to three-round head-start might hurt his chances. Jones be solid all season, but I think the other two will be hard to beat.

Aiden had some great results prior to his seasone-nding injury at Wakefield last year, so now with the Yamaha backing in 2020 he will definitely take out P1. Falzon has always been a front-runner and a favourite of mine. He finished up last year scoring pole in qualifying at Sydney Motorsport Park and, now out on his own this year I believe he will finish close to the top. Staring is back on-board the Kawasaki where he was consistently strong throughout 2019. With the support of BCperformance, he has a serious shot at a podium finish. 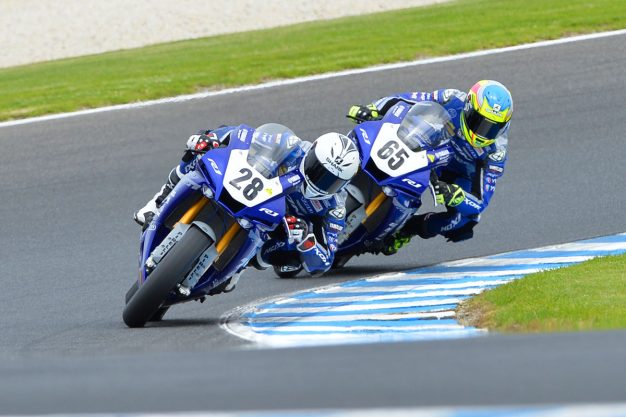 It’s honestly really hard to call this year. From pre-season form there are four to five riders that can win on any given weekend, but to win or be there on the podium every race, every weekend will be the real challenge. With so many variables this year – new tyres, manufactures with new bikes, riders in new teams, riders that are trying to prove their worth and riders that have been demoted from factory status to privateer – I can’t wait for the season to kick off. So, reluctantly I’m going to call the top three at season’s-end as above. I need to say, I hope riders like Glenn Allerton, Aiden Wagner, Cru Halliday, Bryan Staring, and Josh Waters all prove me wrong and win races and make the series come down to a winner takes all at the final round. Either way, we are in for a treat this season!

It’s apparent that the V4 R in ASBK trim is seriously competitive and, at least following testing, Maxwell has that spring in his step that could finally take him to the ASBK championship for the first time since he won in 2013. His team will have to rise to the occasion with him though, since it is a relatively new arrangement with this calibre of rider bidding for the title, otherwise defending champion Jones will be right there to steal the show as he did last season. And Herfoss? His season counts on the development of his new Honda once it arrives and also the consistency of his Michelin tyre package, which by all indications will be competitive. Of course, chances are we’ll all be proved wrong once we return to the Island in October!

After missing out on the crown last year and showing some impressive pre-season form on the Ducati, I think Wayne Maxwell is in the frame to secure another ASBK title. Everything so far seems to be going well, and if it wasn’t for a couple of DNFs last year, it would’ve been a completely different story at Sydney. I’m counting him to take out the title, but it will be hard-fought against reigning champion Mike Jones, who’ll obviously be on the same motorcycle. I’m also picking Bryan Staring to be involved in the title fight – he was in contention last year at certain points before a few errors cost him. If he can remain consistent, he can definitely be counted in.