Reflecting on his four-straight ASBK victories at the New South Wales venue.

Growing up in the Goulburn area, Wakefield Park has always proven to be a fruitful circuit for multiple Australian Superbike champion Troy Herfoss, who holds a run of four-straight ASBK wins at the New South Wales venue.

Herfoss has always been considered the favourite Wakefield Park with a stranglehold on the top position, also earning victory there during 2015 in the AFX-SBK series before his streak of ASBK victories in 2016, 2017, 2018 and 2019.

His 2016 win aboard the former Crankt Protein Honda was a chaotic one, with the New South Welshman claiming pole position before three red-flags and a reschedule of events made for an interesting opener, where he pulled through for a 1.793s victory over guest teammate Ant West. 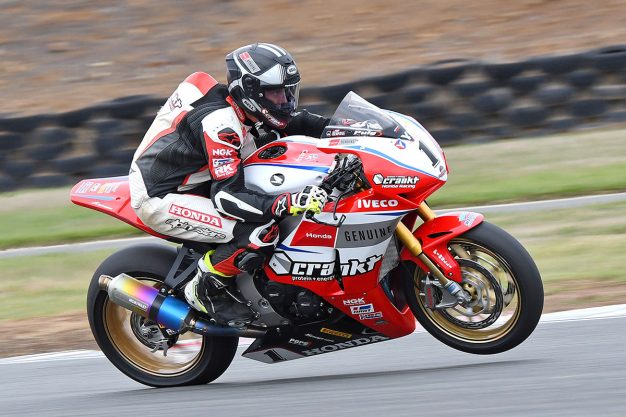 Race two wasn’t so kind to the number 17, who mustered up a P4 result, however his strong scorecard and the inconsistencies of his rivals saw him emerge with the overall by a slender three points.

Donning the number one in 2017, Herfoss once again overcame chaotic circumstances to emerge victoriously. With a quickly-drying track and the drizzle clearing in Goulburn, select riders opted to pit and switch from wets dry slick tyres.

Herfoss swapped later than most, forcing him to start the warm-up lap from pit-lane and then start the race from the rear, but he swept to sixth on lap one and the lead by lap four. From there he sprinted away to a 3.955s victory after cruising through the final lap. He claimed a P2 result in race two to come away with the overall.

The 2018 title-winning season saw a battle of the titans in race one at Wakefield Park, as Maxwell edged Herfoss for the victory by just 0.031s at the conclusion of 20 nail-biting laps. 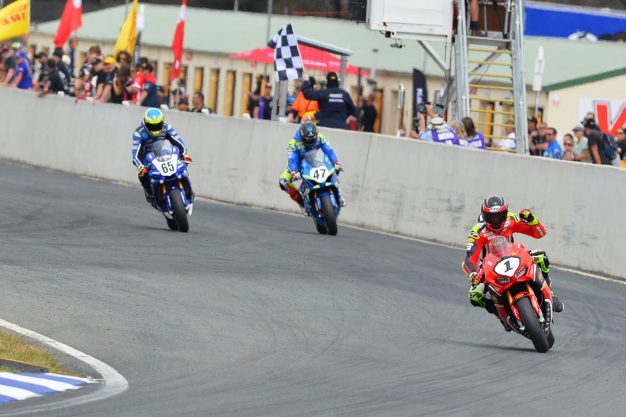 A commanding victory in race two was enough for home hero Herfoss to clinch a third-successive round victory in Goulburn, topping race two by 1.144s over Maxwell to keep his streak alive.

The 2019 edition of Wakefield Park procced to be Herfoss’ most dominant performance, and it was a pivotal one to put his title campaign back on track. It was a dominant 1-1 scorecard that extended his ASBK winning streak at the circuit to four years.

Uncertainty surrounds the 2020 running of Wakefield Park’s ASBK, which was scheduled to take place the end of the month, however has since been postponed due to the ongoing coronavirus outbreak.