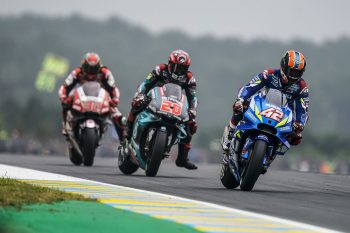 Delays to the 2020 MotoGP World Championship season keep on coming, with organisers now confirming that the Grand Prix of France has been postponed.

Originally due to take place between 15-17 May, round six of the season will be pushed back to later in the year amid the COVID-19 crisis.

“As the situation remains in a state of constant evolution, new dates for the French GP and the recently-postponed Gran Premio Red Bull de Espana cannot be confirmed until it becomes clearer when exactly it will be possible to hold the events,” a statement from Dorna Sports read.

The earliest commencement will now be Mugello on 29-31 May, which remains unlikely considering the current situation in Italy. Chances of the season being shortened this year to beneath 20 rounds are now beginning to elevate.