All-European schedule released as 2020 gets set to commence. 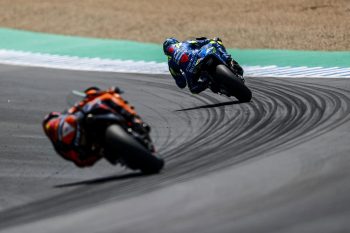 A revised 2020 MotoGP World Championship calendar features 13 premier class rounds, scheduled to commence at Jerez in July and it could expand further with flyaways.

Multiple double-header rounds at the same venue over consecutive weekends are scheduled in the series that has been overhauled following the COVID-19 pandemic.

“The possibility of holding events outside Europe will be assessed and confirmed before the 31st of July,” the announcement read. “However, the 2020 season will not finish later than the 13th of December and will comprise a maximum of 17 events (including the Grand Prix of Qatar).”

According to organisers, all dates and events – as well as the eventual attendance of spectators – are subject to the evolution of the pandemic and the approval of corresponding governments and authorities.

If races outside of Europe do in fact go ahead later in the season, those to be included will potentially be the Americas, Argentina, Thailand and Malaysia. Each of the other regular locations have already been cancelled.