Transition to German-based factory in WorldSBK now made official. 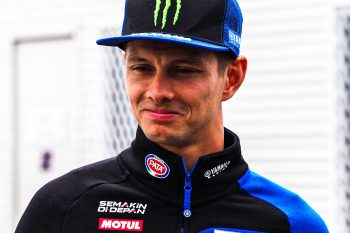 Dutch star Michael van der Mark’s future has been made official after signing with the BMW Motorrad WorldSBK Team in the 2021 Motul Superbike World Championship.

It was announced this week that 27-year-old van der Mark would be leaving Yamaha, immediately linking him to the factory BMW team next season.

“Securing Michael’s services emphasises the focus and determination we have to compete for top honours and we will give Michael every chance to reach that goal.”

BMW first entered WorldSBK in 2009 as a factory manufacturer, but it wasn’t until 2010 that they got a podium with Troy Corser at Monza. The took a first victory in 2012 with Marco Melandri, before 11 more victories followed on from the Italian and Chaz Davies.

Last year saw the BMW Motorrad WorldSBK Team formally return to the grid with the latest S 1000 RR, as Tom Sykes rode to eighth position in the championship standings after achieving four podiums during the middle section of the year.