MotoGP winner on taking KTM to the top as a rookie in Brno thriller.

Rookie Brad Binder made history on Sunday at the Czech GP when he claimed his first MotoGP victory, which was also Red Bull KTM Factory Racing’s maiden race win in the premier class. Not only that, the 25-year-old became the first South African winner in only his third race following his promotion from the Moto2 ranks, where he finished runner-up in 2019. Hear from him in this Conversation, thanks to Red Bull Motorsports. 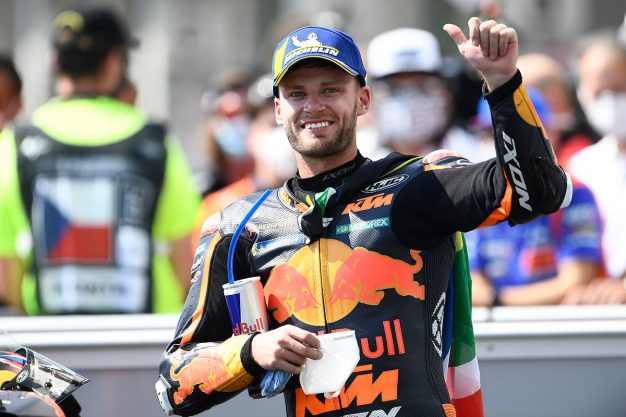 How significant is it to be the first South African to win in MotoGP?

It’s unbelievable. It’s insane to think I’m the first South African to win a MotoGP race. The South Africans back at home are just insane – huge motorsport fans and sport fans in general. Since I’ve started racing I’ve seen how I feel like I have the whole country behind me. To get the first victory was absolutely amazing, not only for me. I hope it creates something in South Africa for our sport.

We have seen the world react to the news of your win. What does it mean to be celebrated globally?

Honestly, I don’t know how to explain it. It’s the most insane thing for me. I’ve always thought I would let my results speak for themselves and it seems so many people took so much joy out of me getting a good result. I think the thing that drove it all was that it was so unexpected and I think everyone enjoyed that fact about it.

Your parents have supported you during your entire career. How was your conversation after the race?

It was pretty cool. I phoned my mum and dad a couple of times, but they were always on the phone when I called so didn’t answer. I could tell how happy they were and it was a huge sacrifice for us as a family. For me, I was a teenage kid just going racing and living my dream to be in the MotoGP paddock but, for them, it was a massive sacrifice behind the scenes. We had some tough times. It was difficult at the beginning and a day like Sunday makes everything fall into place and it all worth it.

This is a significant moment for KTM too. What’s the goal for the team in 2020 and beyond? Can you be one of the title challengers?

I’m super-proud to be part of the KTM family. To look at where we started, we have won in every class. To come and do it in MotoGP was incredible, literally a dream come true. I think it just shows that with hard work and dedication everything is possible. The guys put in maximum effort in absolutely everything they do. They are the most insane bunch of people I have ever met. When you have this amount of dedication, it is impossible you don’t get it right. I am super proud of KTM. 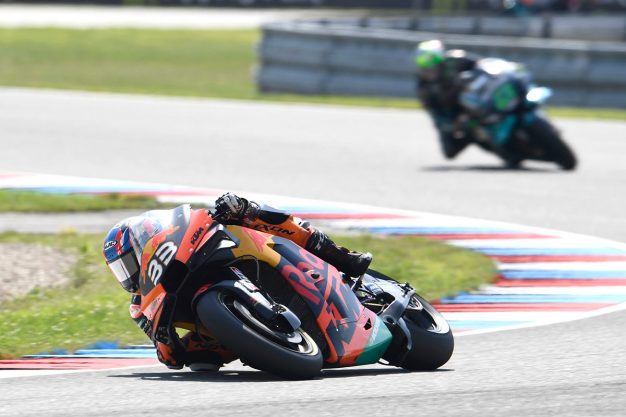 You won Moto2 in Spielberg last year, can you continue your winning run this coming weekend?

I have always done well at Spielberg. I have never been there on the MotoGP bike, though. Every time I arrive at a new track on a MotoGP bike, everything changes. Your whole line choice is so different like your braking markers and we are going to be carrying an extra 100 horsepower extra now.

You started motorsports on four-wheel racing karts in South Africa before swapping over to motorcycle racing. What gave you the two-wheel bug?

As soon as I was old enough to race road bikes, I made the change over. At the beginning I did both, but I really just loved two wheels more than four and I think that is where everything started.

Now that you are becoming a local hero, do you expect more kids to be inspired by your path? Any advice for them?

It is difficult to give advice really. There are so many fast kids in South Africa at the moment. Every time I go home, we always do these training days and I really enjoy hanging out with the young talent. The advice would be work hard, but enjoy it at the same time. If there is no fun involved and bike racing becomes a job, then it is over for you. Take it one day at a time. You have to try and improve and get better and better. If you keep working, you will get there eventually.

How key was the Red Bull Rookies Cup in your development and your success today?

That is where my whole career really got started. Before then, I had only really raced in South Africa. As soon as I got into the Red Bull Rookies Cup, that was my big opportunity. It was definitely three years where I learnt a lot. It was incredible and I loved every minute, and especially for us coming from South Africa, there would have been no other way. If I didn’t have that, I think I would still be racing at home.