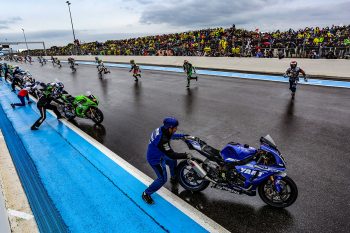 Estoril will host the final round of the 2020 Endurance World Championship (EWC) following the cancellation of the Bol d’Or 24-Hour, which had its permission to be held with spectators withdrawn by local authorities.

Bol d’Or was scheduled for 19-20 September in the south of France as the season-finale, however, it will now be a new event with the 12 Hours of Estoril in Portugal that will end the series on 27 September.

“We support the decision of Editions Lariviere to cancel the Bol d’Or 2020 within the context of stricter restrictions related to the health situation in France,” said Francois Ribeiro, head of Eurosport Events. “We will return to this great event in September 2021.

“In order to protect the interests of the championship and teams, we have made every effort to replace this final race. We are pleased to announce and offer a new battle between teams at the Estoril circuit to close the 2019-2020 season.”

As the FIM EWC season final event, Estoril’s 12-hour race will benefit from the bonus of 150 percent of the points in both EWC and Superstock categories, as well as intermediate points in the standings after eight hours of racing. Next on the EWC schedule will be the Le Mans 24 Hours from 29-30 August.