Redding powers past Rea in Aragon for series lead 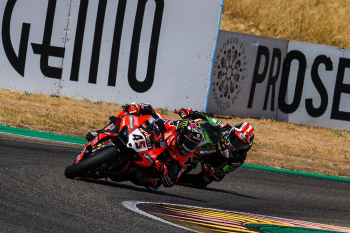 Scott Redding has taken his Aruba.it Racing Ducati to victory and an overall championship lead after race one at the Aragon round of the Motul Superbike World Championship (WorldSBK) on Saturday.

Earlier, Jonathon Rea (Kawasaki Racing Team WorldSBK) had taken pole position with a new lap record of 1m48.860 but failed to capitalise and fell down the order at the start.
After several laps he was back in the lead, with Redding making his move on lap seven. The pair battled until a mistake by Rea on lap 14 saw him run wide, allowing Redding to take control.

Redding’s teammate Chaz Davies (Aruba.it Racing Ducati) was then able to get past Rea a few laps later. He began to close the gap on Redding but at the finish line he fell 0.3s short, with Ducati still able to claim a 1-2 result. Rea completed the podium in third in what was his 150th start for Kawasaki.

Irishman Eugene Laverty (BMW Motorrad WorldSBK Official Team) created some drama at the start after falling on the warm up lap. His team were able to repair the bike on the grid for an eventual 16thplace finish. Crashing out was Alex Lowes (Kawasaki Racing Team WorldSBK) as well as Garrett Gerloff (GRT Yamaha WorldSBK Junior Team) while Tom Sykes (BMW Motorrad WorldSBK Team) and Alvaro Bautista (Team HRC) were two high profile retirees. 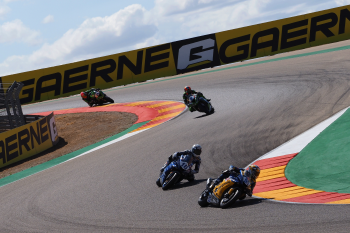 In World Supersport 300 Jeffrey Buis (MTM Kawasaki Motoport) claimed a massive victory by almost seven seconds. In contrast, the battle for the podium saw the next four riders separated by just four tenths. Ana Carrasco (Kawasaki Provec WorldSSP300) took second with Mika Perez (Prodina Ircos Team WorldSSP300) completing the podium.
It was a challenging day for the Australians with Tom Edwards (Kawasaki ParkinGo Team) retiring after qualifying in 19th. Tom Bramich (Carl Cox – RT Motorsports by SKM-Kawasaki) once again had the heartbreak of not qualifying for the main race, dipping out in ninth in the Last Chance Race. 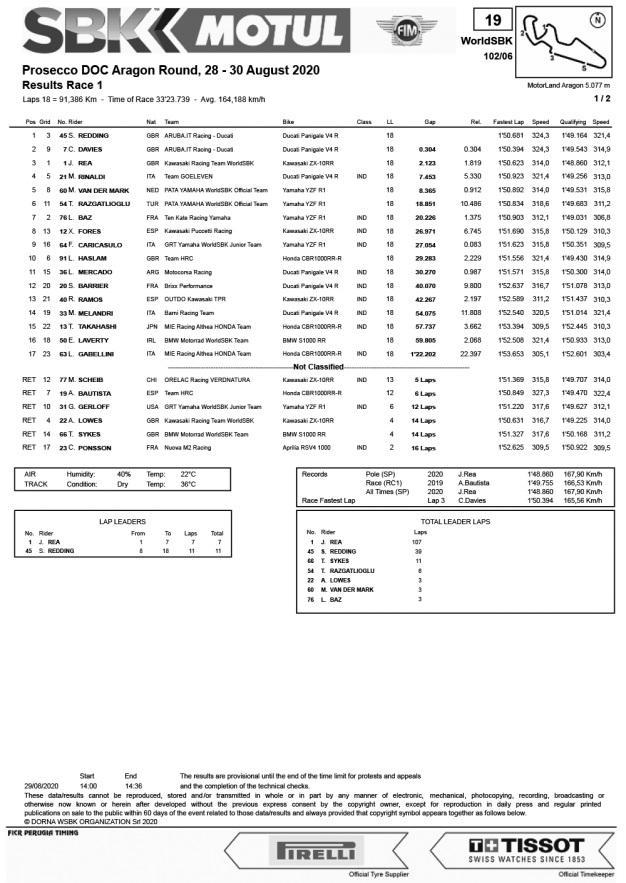 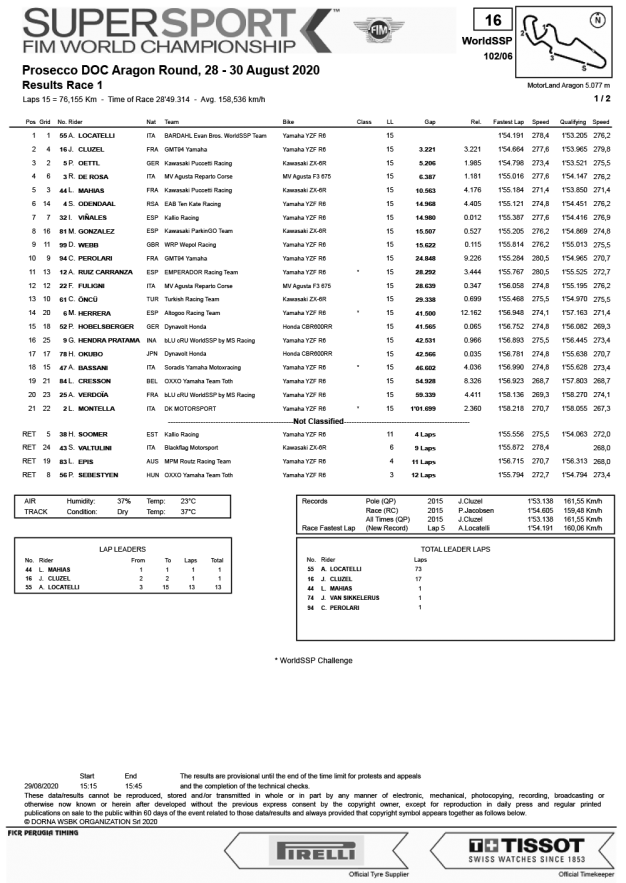 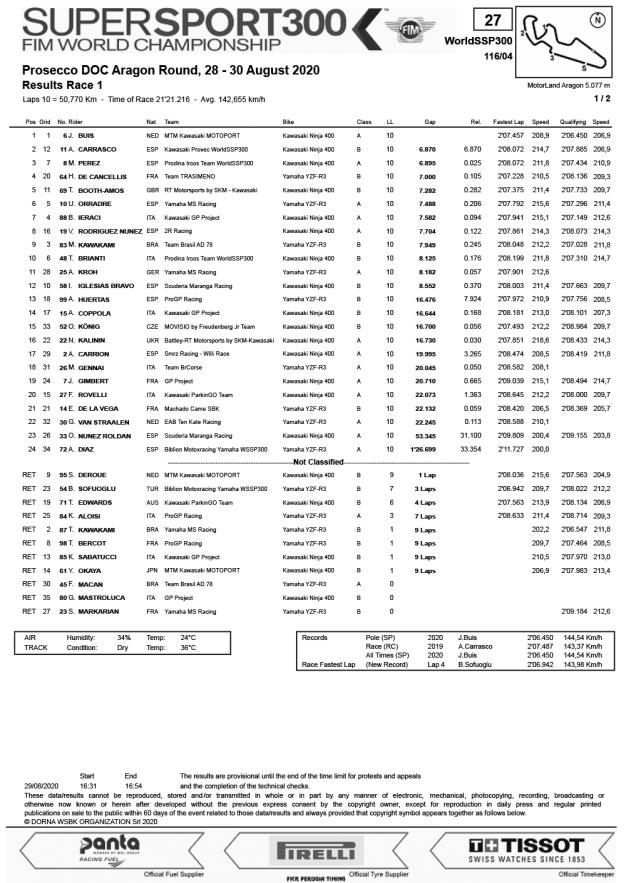