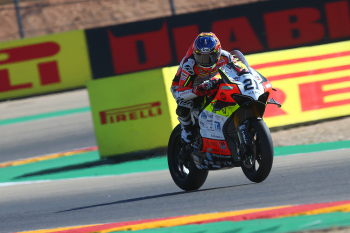 Action resumed for the second leg of the MotorLand Aragon double header where Michael Rubin Rinaldi and his Team GoEleven Ducati topped the combined results after free practice. Rinaldi’s morning time of 1m49.840s was enough to pip Kawasaki Racing Team’s Jonathan Rea by the narrowest of margins, a tiny 0.001 second.

While the challenge for Rinaldi will be to capture strong race pace, Rea’s teammate Alex Lowes improved his Friday result and was a half a second back in P3. Tom Sykes (BMW Motorrad WorldSBK Team) finished the day in fourth place and will be looking to improve on a best race result of 12th from race two last weekend. 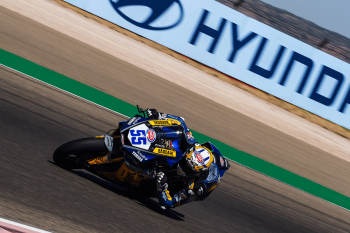 In World Supersport, Andrea Locatelli (Bardahl Evan Bros. WorldSSP Team) continued his incredible run of results by once again topping the timesheets by over half a second to Italian Raffaele de Rosa (MV Agusta Reparto Corse). Lucas Mahias (Kawasaki Puccetti Racing) was third and the fastest Kawasaki on the grid.
Lone Australian in the field Lachlan Epis (MPM Routz Racing Team) set his fastest time in the morning session and sits 22nd on the timesheets. 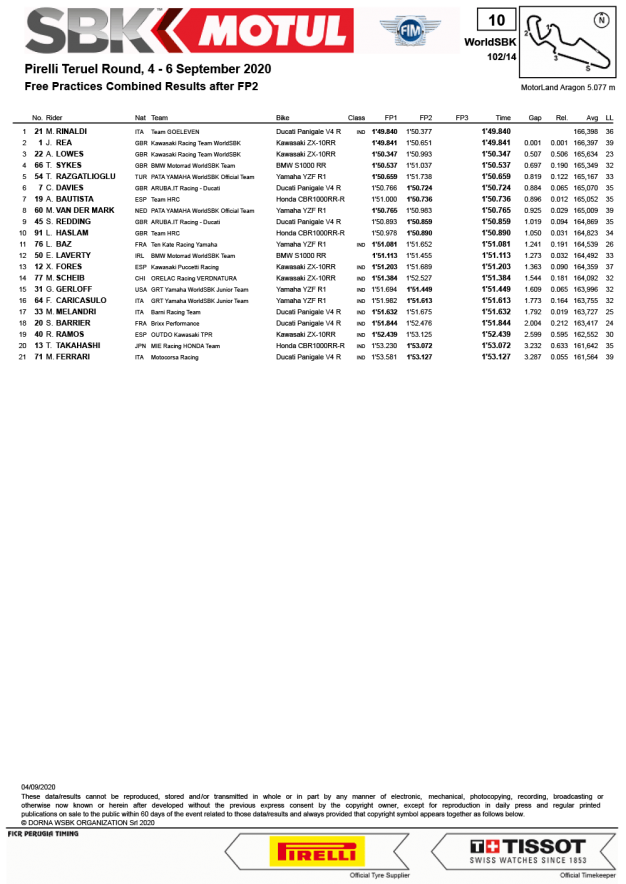 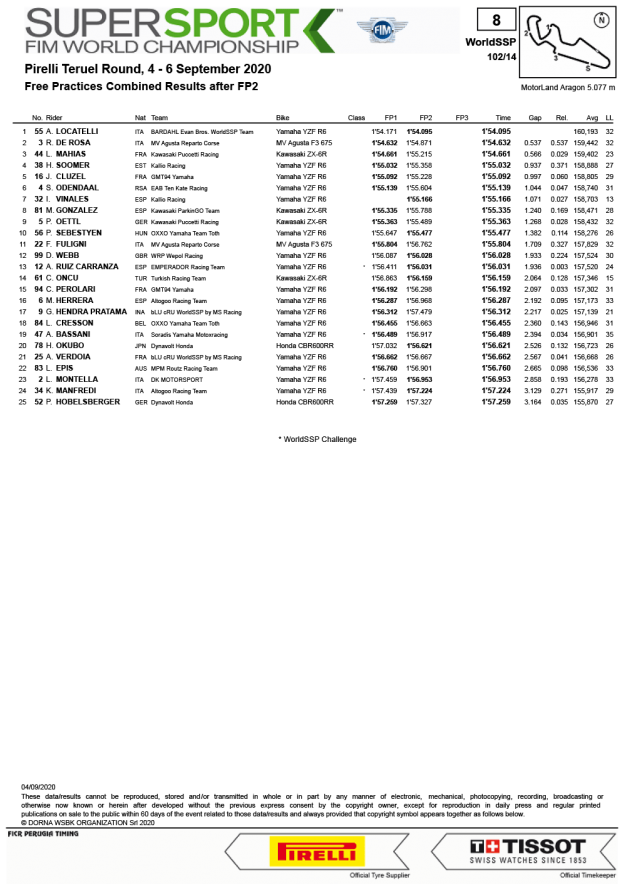 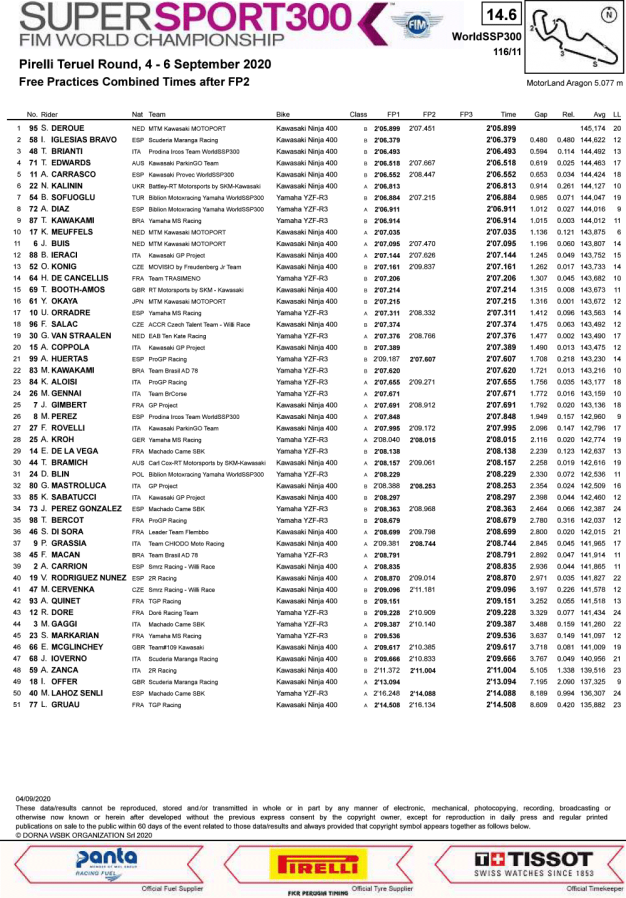