Rea now leads the championship by 36 points from Redding. 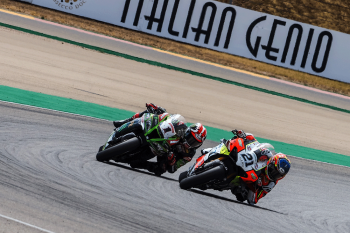 Jonathan Rea and the Kawasaki Racing Team were made to earn their race two victory at the Teruel round of the Superbike World Championship after an epic contest with Michael Ruben Rinaldi on the Team GoEleven Ducati.

Scott Redding (Aruba.it Racing – Ducati) had regained some confidence earlier in the morning by taking out the Tissot Superpole race ahead of Rea and Rinaldi. In the main 18 lap race Redding was at it again, passing Rea on the opening lap and igniting a fierce battle with Rinaldi and Alvaro Bautista (Team HRC) attached. By the time Bautista fell a few laps in Redding and Rea had turned up the intensity, pushing each other to the limit. As the pair pushed just marginally wide, Rinaldi swooped. It was more pure tenacity that propelled Rinaldi to the lead than a mistake on the part of Rea or Redding, the GoEleven V4 Ducati cutting moves through his much more seasoned competitors.

The trio pushed a hot pace on the soft compound Pirelli SCX tyres, with Rinaldi and Rea slightly dropping Redding and putting him under pressure to keep in touch. As Rea stalked Rinaldi the gap to Redding grew to one second, with the Kawasaki of Rea looking like he was toying with Rinaldi and biding his time. Rea would push and Rinaldi would defend – and when Rea finally struck, it showed just how on the edge the Kawasaki rider had been. There was a huge moment at turn seven for Rea, then a lap later he made the pass stick. With both feet off the pegs and the Ninja fully out of shape, Rea needed another massive save tipping into turn one with the rear in the air, protesting under braking force.

While the leaders scrapped, Redding was simply unable to respond but was able to salvage the final podium spot. After Redding’s Aruba.it teammate Chaz Davies had crashed out, Leon Haslam (Team HRC) stepped up for his best result this season while Alex Lowes (Kawasaki Racing Team WorldSBK) came home in fifth. Dutchman Michael van der Mark (Pata Yamaha WorldSBK Official Team) was a further five seconds behind in fifth, closely followed by his teammate Toprak Razgatlioglu. 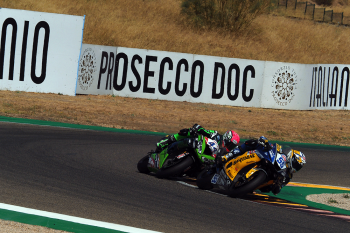 World Supersport was once again taken out by Andrea Locatelli (Bardahl Evans Bros. World Supersport Team) but not without significant drama. In the opening stages Locatelli had fallen to third place with Jules Cluzel (GMT94 Yamaha) and Raffaele de Rosa (MV Agusta Reparto Corse) out front. On lap four the pair collided at turn one, forcing both out of the race with Cluzel later diagnosed with fractures to his left tibia and fibula. Locatelli went on to win by over six seconds with Lucas Mahias (Kawasaki Puccetti Racing) second and Isaac Viñales (Kallio Racing) completing the podium. Australian Lachlan Epis (MPM Routz Racing Team) bought his Yamaha home for 18th place. 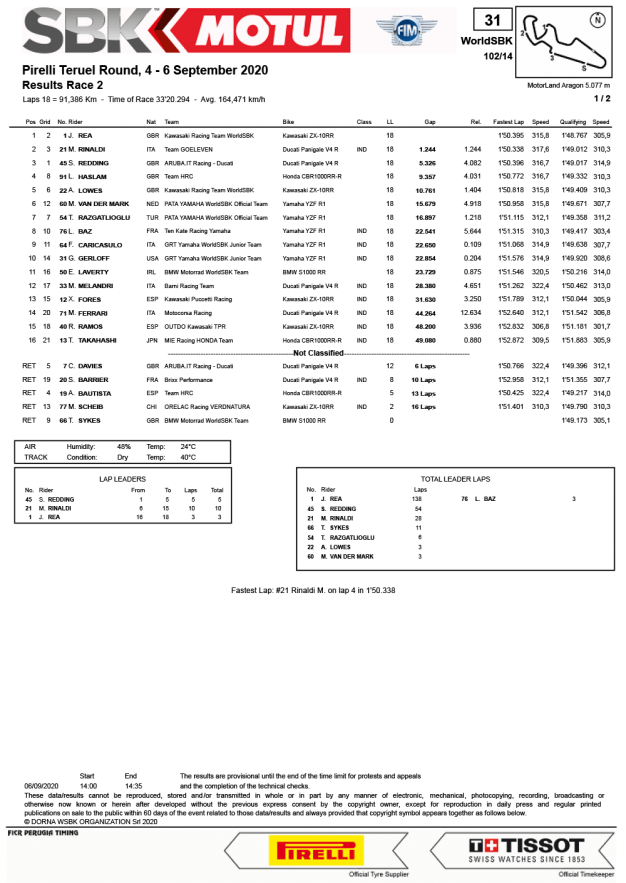 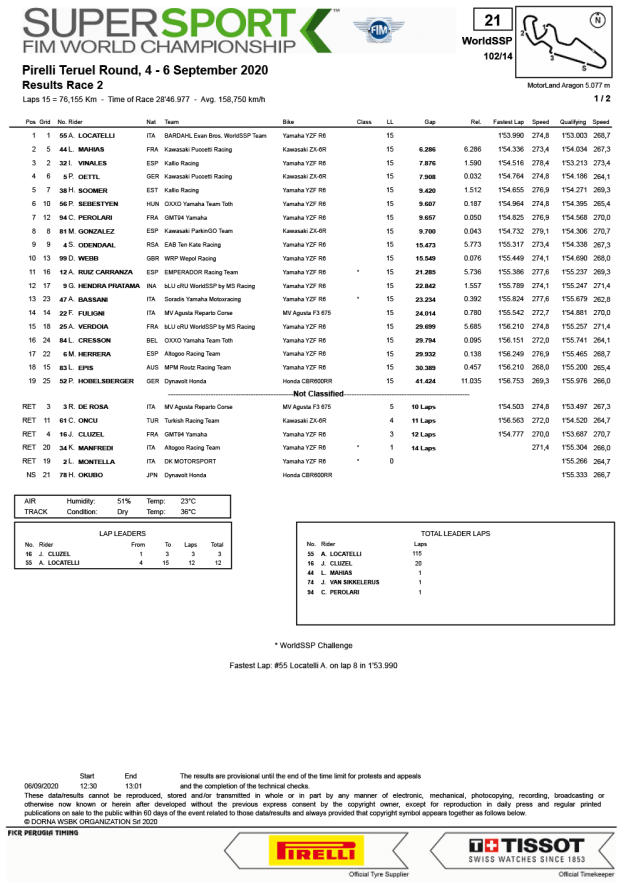 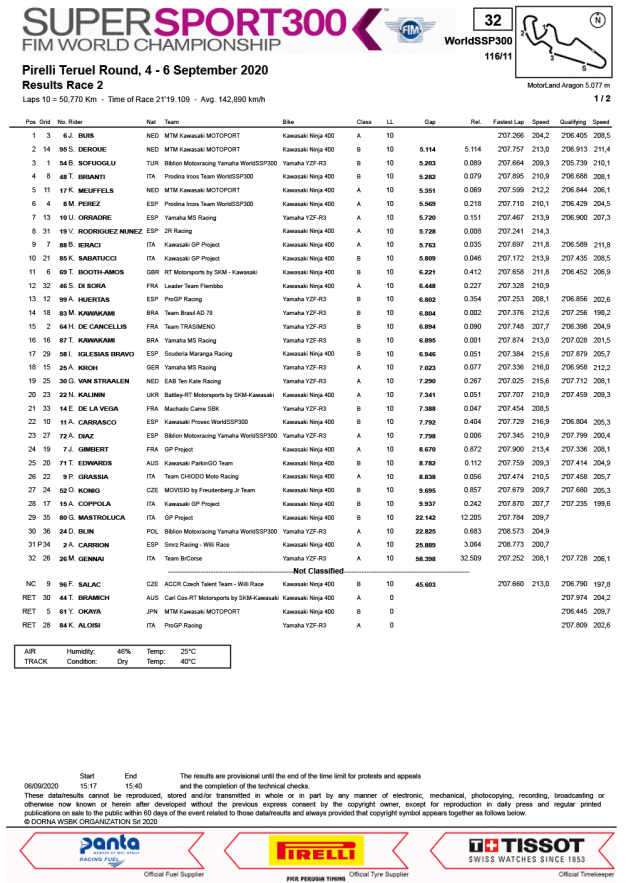