The Bend target for ASBK restart during November

Season to be completed with double-header weekend at Winton. 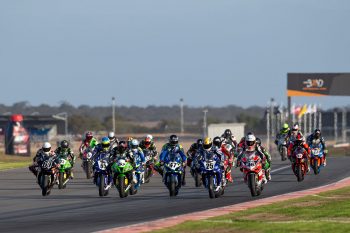 The Bend has been named as the next target to restart the 2020 Mi-Bike Australian Superbike Championship (ASBK) in late November, followed by a double-header at Winton to wrap-up the season.

Wakefield Park has been dropped from the calendar as Motorcycling Australia (MA) works to navigate through the ongoing COVID-19 pandemic, which has seen the series on hold since Phillip Island’s opener in March.

Instead, the next round of ASBK will be in South Australia on the weekend of 22 November at the world-class Tailem Bend facility, which could include spectators being welcomed trackside.

“I am absolutely thrilled to see ASBK returning to The Bend in November,” said The Bend Motorsport Park managing director Dr Sam Shahin. “The event promises to be yet another spectacular display of skill and courage if last year is anything to go by. The resumption of the championship is a true testament of the sport, the riders, the teams, the owners and just reward for MA’s sheer commitment to run a championship in 2020.”

Following that, Winton will now play host to the 2020 championship finals, which will be a double-header round held between 3-6 December.

“It’s an absolute privilege to have the best riders in Australia racing here at our improved circuit which will allow more passing opportunities and safer racing. Turns three and four have new wider kerbing and the flag point bunker between turns one and two has been repositioned to the outside of the track behind the tyre wall for improved safety. After a year of COVID-19 limited racing, the Australia Superbike family will be welcomed in our region with open arms.”