Operation on broken thumb a success, unknown if racing this weekend. 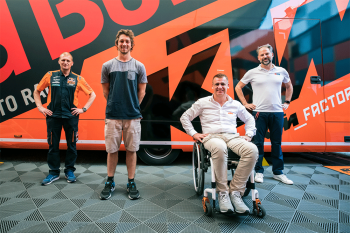 Remy Gardner has revealed he will stay in Moto2 next year and join the front running Red Bull KTM Ajo team.

Gardner, who has raced in Moto2 since 2016, has scored two podiums and two pole positions in the category with the latest pole coming at last weeks Grand Prix of San Marino.

“I am very happy to be signing this contract for the team of my dreams,” Gardner commented. “I am proud to be part of the Red Bull and KTM family, and of Aki’s structure. I want to thank all of them for giving me this opportunity for 2021. I also thank all those who have helped me to get here.”

Gardner’s best results have come while racing for the OneXOX TKKR SAG Team, having made the switch to Kalex frames in 2019. The KTM Ajo team also use frames made by Kalex, with their riders Jorge Martin and Tetsuta Nagashima sitting fourth and fifth in the championship respectively.

Martin is expected to step up to MotoGP next year and team manager Aki Ajo said he was excited to have the Australian on board for 2021: “I know that Remy has something special compared to the rest of the competitors. He has great talent, a good feel for the bike and is a born fighter.

“I hope that, as a team, we can give him a boost during the season for the style that comes naturally to him. I am personally very excited to have Remy with us, and about what 2021 has in store.”

The 22 year-old Australian is currently recovering from an operation on his broken thumb, an injury received during the final lap of Sunday morning warm-up last weekend.

Gardner has posted on Facebook that the operation was a success, but no word has been received about whether a return to action will be possible for the second leg of the MotoGP double header at Misano.