Words: Matt O’Connell, from an interview on 2RRR Ride Rage with Phil and Tim

Three time ASBK Champion Glenn Allerton recently took out the Sydney Five Hour with his NextGen Motorsports team, partnered by Adrian Pelegrin. In this Conversation Allerton chats to the crew at 2RRR’s Ride Rage about his endurance racing experience at Sydney Motorsport Park and his ASBK prospects as the season prepares to start at The Bend Motorsport Park. The Sydney Five Hour is the first leg of the Dunlop Motorcycle Road Race Endurance Series, with the second event to be held at Phillip Island. 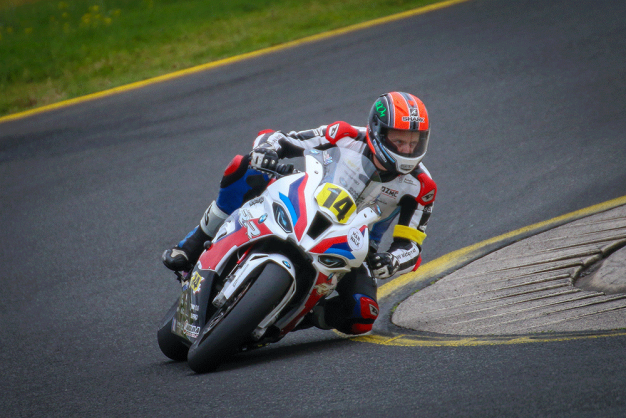 How did you feel spinning some laps, Glenn? Must have been a relief getting back on the race bike?
It was good to get back on the bike, it had been so long. Being on the bike is something we haven’t had a lot of, lately. It was good to be able to push yourself hard. What the St George club is doing with the 5 Hour race is great. The Saturday qualifying format is really good, it gives guys who have never experienced a Superpole to have ago at it.
The race itself was exciting, it started off wet. It’s the good thing about endurance racing, it’s not just about one rider or two riders, it’s about a team of people working together. We had a strong team of people in the pits. Adrian Pelegrin was my teammate and we played by the rules, we had a proper B grader. Adrian does the local club events in Sydney and it was a lot of pressure on him to be on what is basically a factory team as my teammate, and he did a great job.

Wayne Hepburn (NextGen Motorsports team owner) was listed as your teammate as well, but he couldn’t get out of Victoria…
It would’ve been great to have the boss there and have a go, but I think there is a good future there for endurance racing in Australia. We had such a good event that our team wants to go back and do it again. The other big teams are also looking at it as well, Bryan Staring for Kawasaki and Wayne Maxwell on the Ducati, but they just couldn’t get away because of Covid lockdowns. 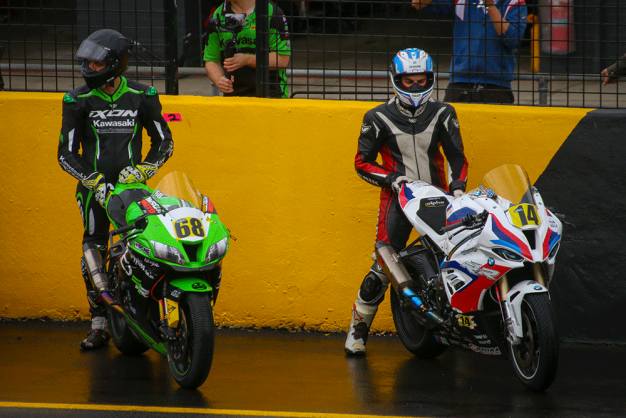 How important was it to get competitive laps under your belt? There were some really fast riders in the field…
I’ve been doing some track days with friends on older BMW’s but it’s nothing like riding the race bike with brand new tyres and decent track time. The first few laps on Friday, it took me a couple of sessions to get used to how the bike should feel and how fast it is. The time you’re off the bike always takes away from that feeling, especially with the front tyre, the grip and the power. It’s so important because we could be firing up for ASBK in six weeks, so any opportunity to be on the race bike is a massive advantage. The playing field is going to be levelled right out as far as I can see, not many people have been doing many laps, and I think it’s going to take riders a while to get used to their bikes again.

What about your BMW, we know you have had some electronic issues to sort out…
It’s a difficult subject to talk about! There’s been a software update from Germany that dealt with the issues we had been sending emails about for so long…they have suddenly been fixed. The bike is transformed. It’s quite advanced and we used a lot of those features in the Five Hour. For example, I could flick to the ‘mechanics’ page while I was riding and see how much fuel had gone through the injectors down to the millilitre. When the race was finished there was 200ml left in the tank, you couldn’t ask for a better run than that.

Your team, NextGen, have purcashed two of the recently announced BMW M models. Excited?
The new M 1000RR is basically everything you could want out of a bike. There were a few issues that needed addressing from the current bike and they’ve fixed them – things like titanium conrods, different pistons, 15Hp more than the current bike…we’ll have to put lead on it, it is so light. It’s basically going to be a World Superbike…the winglets put sixteen kilograms of downforce on the front and two kilograms on the back of the bike for anything over one hundred and fifty kilometres an hour. That kind of downforce will really come into its own at circuits like Phillip Island.
I can’t wait to get my hands on one of those things as soon as it gets here.

First ASBK round is The Bend, and we know it’s been cruel on tyre wear and the series has only raced there a few time. What are your thoughts?
It will be a difficult place for anyone to dominate but perfect for us to go after the layoff. Only a few South Australian riders would have been practising there, so it makes it a good choice. We race on Pirelli and obviously Dunlop had the wood on Pirelli at that track last year, but Pirelli have tested a lot of new options. That track has a massive long front straight where you lose temperature out of the tyres. But if I had my way, we’d just do one qualifying session and go racing, because I’m pretty comfortable with my bike after that Five Hour!