Broc Pearson experienced a triumphant 2021, after multiple setbacks and injuries the determined Queenslander prevailed to be crowned Australian Supersport champion. The 21-year-old’s motivation for success does not end there, however, making the most of the covid hiatus last season to secure a Superbike ride with the new 727 Moto team. This year, Pearson is now firmly focused on making the most of his debut season in the premier class. CycleOnline caught up with him for this Five Questions. 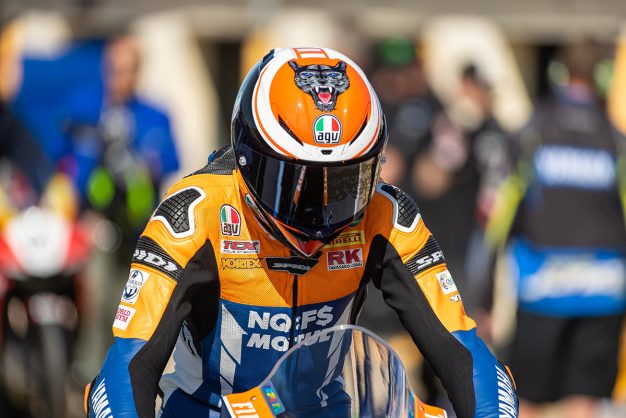 What was the key to your race two turn around at The Bend to secure the 2021 Australian Supersport title?


We were rolling out all weekend long and we weren’t really doing long-distance runs, because one, riding a 600 long distance isn’t really that difficult, and so it wasn’t something I ever struggled with and I just never thought about doing a long run over the weekend. But, because we never did a long-run, we never knew what the bike was like with that extra fuel capacity and that is like a really simple mistake, but we just got carried away with the weekend, and everything was running so smoothly, fastest on Friday, qualified on pole, it just slipped. We rolled out Sunday morning for that first race, and we had like six litres more in the tank than we had all weekend and when I was hitting the brakes, that extra bit of weight I was just smashing the bottom of the forks, I couldn’t get on the brakes that hard. I couldn’t really ride aggressively and I kind of ride really hard on the brakes everywhere, it is sort of my riding style, so once I took that away I was just so flustered. Because that race was so important…all year I wanted to go into that weekend and wrap it up in that first race and be able to ride that second one quite conservative and still wrap it up, then that first race I got flustered with the fuel tank and couldn’t really put my head down. In between those two races, we went a little bit harder in the front-end so we could counteract that bit heavier tank and I knew if I put my head down I could do it. Tommy [Edwards] got a good start, but I knew if I just laid the pressure on him he couldn’t run the consistent pace – once he slipped up and he gave me that little break I knew from there I was in and all I had to do was keep putting my wheel back up the inside to get to the front every time.

How did the deal come about with the 727 Moto team?

It actually came about middle of last year, I started to think we might not even get racing again this year. There was a point where it looked like we weren’t going to. I sort of tried to replicate what Oli [Bayliss] did on a Superbike and he got on that Superbike quite early, six months prior to when he started racing. I just thought, if I’m not going to race a 600 for the rest of the year, I need to try to hop on a Superbike. I actually spoke to Paul Free because he is a good friend of mine and that’s when he was operating with Honda, so I managed to get my butt on one of Troy Herfoss’ bikes for a little bit and I showed a bit of potential on that bike. Then after I had done that, Paul Free had been in contact with the owner of 727 Motorsports, as he was moving roles over to the team, the guy running it at the time Travis, said to Paul we need to start our development early. Paul said if you want to start doing it, I can get a bike up here and I think Broc is a good guy to put on the bike and I jumped on it and went pretty fast straight away. As soon as I had done that, they were a bit more… ‘maybe I won’t use him as a test rider, maybe try and expand the team from running with Jed [Metcher]’. It all kicked off from me approaching Paul Free at Honda and that shifting across to the Yamaha.

What’s the most challenging thing about adapting to the Superbike?

The hard thing I have actually felt is, you feel like you have a bit less feel with the bike on the front-end. You obviously get into the corners a lot harder, you have a lot more brake force. I find when you have some sort of error or where you have overdone it in a breaking marker, it doesn’t give you as much time to recover it, because the force and speed is so much faster and greater. I struggled a bit with that, I was making a couple of mistakes and landing on my head. I rode my 600 for the last two years and I had one crash, then I did six days on the Superbike and crashed five times. I, at the time, was like ‘far out, how am I ever going to make a Superbike rider? I can’t finish a days worth of riding’. But it was a little bit my riding style, I was riding a little bit too much over the front. I found the most difficult thing on the Superbike was stopping. It took me five or six days then I was within three or four-tenths of the Morgan Park lap record, so I started to get to grips with it. 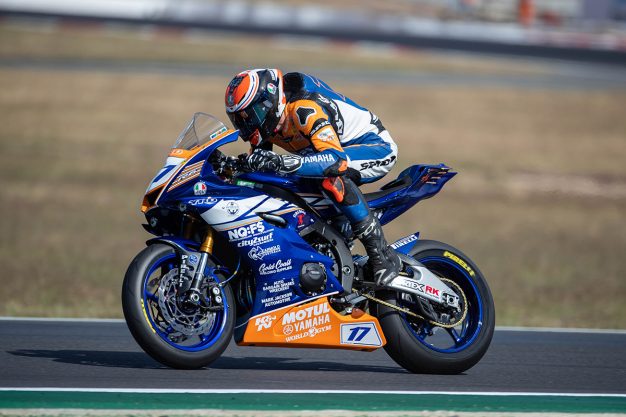 Does anything change in your training program now that you are riding a litre bike?


The only thing I’ve really been able to do is not pay so much attention to my weight. I was always paying more attention to my weight and I didn’t let myself get above 70kgs when I was on a 600, because the weight kind of still makes a fair bit of a difference. I never really wanted to get over 70 if I didn’t have to, and naturally, since I have got on the Superbike I’ve allowed myself an extra five kilos just to sort of be able to feel… even sometimes when you can have that bit of extra weight you can carry, you actually feel a little bit more healthy, it’s funny but sometimes when you carry more fat you have bit more energy – you don’t feel as deprived. I allowed myself to put on a bit of weight earlier this year and that has helped my gym actually, and I have found myself going to the gym a fair bit more now that I can actually enjoy it. So a little bit more in the gym, but pretty much keeping the same workload on my pushie, and that just comes down to time. Once I do 10 hours a week on the pushie, I can’t really fit much more time in with work. I pretty much ride the pushbike as much as I can because I enjoy it.

Where are your expectations for the season ahead?


This part of the year is really no expectations, no goals, no nothing because I don’t know where I am going to roll out at. I went down to Phillip Island for the test and I was doing 35s, I’ve been quick around there on a 600, but just didn’t really get to grips with it, then I went there last week and I dropped over two seconds and did like a low 33, like I was just riding on my own there at the track day. Then I was like ‘I might actually come out and once I do the race might find some speed and drop more than I realise’, because its probably not a bad time for a Superbike at a track day. Literally, right now, my goal is to get through the first round healthy and injury-free, and try to play it smart. Whatever result I come away with at Phillip Island, then we will try and justify where I can be for the remainder of the year, but by all means, once we start going to Morgan Park and Wakefield I’ll naturally start to come good at those tracks. Really, my end goal this year, not paying any attention to the championship or wanting to be top three or top five, it’s not about that, I think really I need to keep progressing and at one point, even if it’s the last race of the year, my goal at the moment is to just win one race. The idea is to get the first race out of the way, and then try to make a plan as to when I should be able to take that target and win a race. I’ve got a long way to go, but I don’t think it is impossible, I look at Oli and he did it the first year, and I think there’s no reason why I shouldn’t aim for that.