Q&A: What we learned from Phillip Island

Dissecting results following the opening round of ASBK 2022.

A return to the fast and flowing Phillip Island Grand Prix Circuit for the season-opening round of the 2022 Mi-Bike Australian Superbike Championship saw the series get off to an intriguing start. CycleOnline answers some of the key questions that arose from an intense weekend of racing in this edition of Q&A. 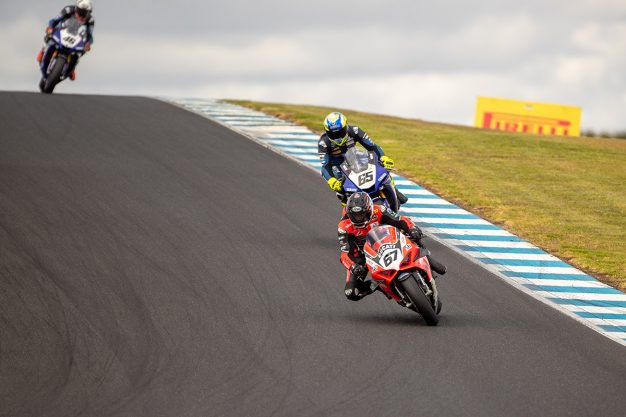 Q: Can Wayne Maxwell carry this pace advantage for the remainder of the season?

A: It’s clear Maxwell had a distinct advantage over his competitors at Phillip Island, particularly when it came to outright pace qualifying a sizeable 1.4s ahead of nearest rival Cru Halliday in second. However, by his own account, the current ASBK champion was not as comfortable on the McMartin Racing-prepared V4R during the opening race, the qualifying advantage seemingly reduced as he crashed out of the lead on lap five with just a second lead over Bryan Staring. Not feeling completely at home on his ‘number two’ bike, Maxwell did respond to win by 2.4s in race two. The three-time series champion entered round one with a benefit that many of his closest rivals didn’t have – consistency in team dynamic – as he has experienced success with the Boost Mobile with K-Tech team for the previous two seasons on Pirelli tyres. Looking at the top four for the round as an example, Staring switched to DesmoSport Ducati this year, Mike Jones moved from DesmoSport to the Yamaha Racing Team, Halliday returned to Pirelli tyres as part of a YRT resurgence and Josh Waters completed his first outing with Maxima BMW at this year’s opener. While Maxwell is riding impressively in top-form, he has known to be notoriously quick around the ‘Island’ and once those mentioned become further accustomed to their package and team dynamic, one would expect the deficit to be reduced.

Q: How much can we read into the results at round one?

A: The overall results at Phillip Island’s opener seem to provide a fairly accurate representation of where the leading crop of Superbike riders currently sit, minus Maxwell who was the clear pace-setter but limited in his scorecard from the crash in race one. Looking at the top five, Staring, Halliday, Jones, Waters and Daniel Falzon all stayed relatively consistent in their scores, each finishing just one place lower in the second outing courtesy of Maxwell finishing the race. That said, three-time ASBK champion Glenn Allerton was dealing with an ear infection throughout the week and, while the Maxima BMW rider didn’t set the world on fire in the pre-season test at Phillip Island either, one can assume that a fully-fit Allerton having teammate Waters to help with the development of the M 1000 RR will be fighting closer to the pointy-end as the season progresses.

Q. Who were the main surprises in both classes?

A: If someone had told Daniel Falzon – who had hopped back on a bike just two weeks before the opening round – that he would leave Phillip Island fifth overall, you’d know he would be satisfied. Falzon underwent surgery late last year to place a rod inside his femur and screw his lower spine back together, following a nasty fall at the 2021 ASBK finale. To leave round one just 14 points from the series lead is a monumental effort, considering he was also adapting to a new electronics package and the 2022 Yamaha R1. In Supersport, a challenging 2021 saw Tom Bramich finish ninth in the standings, unable to claw his way into podium contention. Fast-forward to season 2022, Bramich quietly went about his business at the official test before coming out of the gates strong during Friday practice, converting that pace into second overall for the weekend – behind Europe-bound Senna Agius and top of the championship regulars. With two solid 600 races now on the board, the former Australian Moto3 champion can carry this momentum and confidence into the coming rounds. 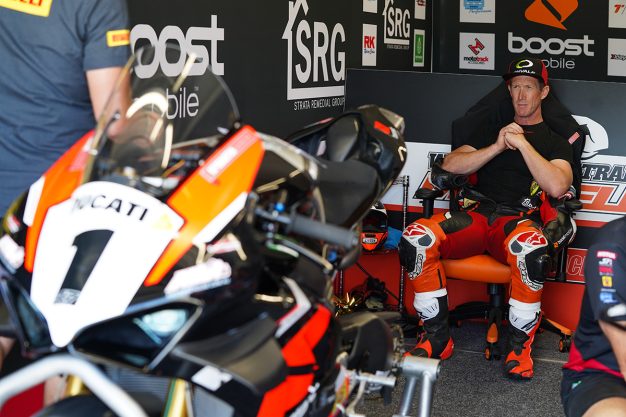 Q: Why are the main contenders on Pirelli in the premier class now?

A: Looking back at the Superbike champions since the series’ resurgence in 2016, all have been Pirelli-equipped. The ‘what wins on Sunday, sells on Monday’ principle seems to apply here, backed by an evident advantage in performance. As Pirelli is the official tyre supplier for the Superbike World Championship also, it means the Italian manufacturer gains a multitude of feedback from top riders on a variety of manufacturers, helping maximise the performance of the rubber delivered to domestic competitors. Yamaha Racing Team were the first to make the move for 2022, switching back across from a year on Dunlop, with Halliday immediately stating the Pirelli provides more front-end feel. Penrite Honda’s Herfoss – who had previously won multiple races with Michelin – revealed a switch to Pirelli to enable him to compare more directly with his competitors in a bid to regain confidence.

Q: Do we expect Herfoss to rebound as a title threat in 2022?

A: There’s no hiding that Herfoss – a two-time Australian Superbike champion – has work to do after P13 overall at the opener. He did show a spark of hope in Sunday’s warm-up that could be a sign of progress to come, even if it didn’t translate to stronger results in the pair of 12-lap races. There are a lot of changes in the Penrite Honda Racing camp for 2022, notably technical guru Paul Free has moved to the 727 Moto team, with Phil Tainton stepping in to assist for what tentatively appears to be race weekends this season. Phillip Island has never been one of Herfoss’ strongest tracks, so Queensland Raceway will certainly paint more of a picture, but Wakefield Park – Herfoss’ home track where he’s experienced much success – will likely give a definitive answer. Notably, he’s only eight points down on title favourite Maxwell following Phillip Island.

A: A character-building weekend saw Edwards leave round one in P8, a total of 18 points behind top-placed championship regular Bramich following a qualifying crash and flat-tyre in race one, resulting in a DNF.  There are still 12 races planned for the remainder of the year, resulting in a potential 300 points. Edwards enjoyed close to a second pace advantage over everyone at Phillip Island, minus Agius, and with such advantage and time on his side, one would have to still label him as the title favourite if he can remain consistent throughout the rest of the year. It will be interesting later in the season when the series returns to Phillip Island to see if the Dunlop tyre issue is resolved over race distance.

Q: Who has work to do before Queensland Raceway?

A: In short, everyone who isn’t Maxwell in the Superbike category has to reduce the pace deficit they face. In particular, Allerton will be looking to first cut the margin to his new teammate, then to the very front of the field, and Herfoss needs to be inside the top five – at the very least – to mitigate points lost as he continues to rebuild. There’s also Lachlan Epis and the BMW Alliance team, who were not able to deliver on the pre-season promise at Phillip Island, crashing in qualifying to finish P7 before a series of technical issues forced him out of each race. Epis clearly has the ability to ride a motorcycle fast and will surely be working closely with the team to achieve redemption at Queensland Raceway.