Strong start to home round for Yamaha Racing Team recruit. 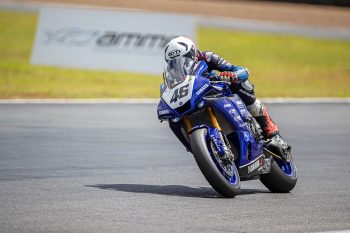 Jones’ best lap of 1m07.967s came in today’s second free practice session, the only rider in the 1m07s and ahead of defending champion Wayne Maxwell (Boost Mobile with K-Tech McMartin Racing Ducati).

It was a sure way to start round two for Jones, going beneath Glenn Allerton’s pole record from 2013 and comfortably ahead of Maxwell’s 1m08.281s lap-time also set in the second outing this afternoon. Cru Halliday made it two YRT entries inside the top three, directly ahead of points-leader Bryan Staring (DesmoSport Ducati).

Staring was fourth despite a fall this afternoon at turn six, while filling the top five was Josh Waters (Maxima BMW), with teammate Allerton and Penrite Honda Racing’s Troy Herfoss the final riders within the 1m08s bracket. 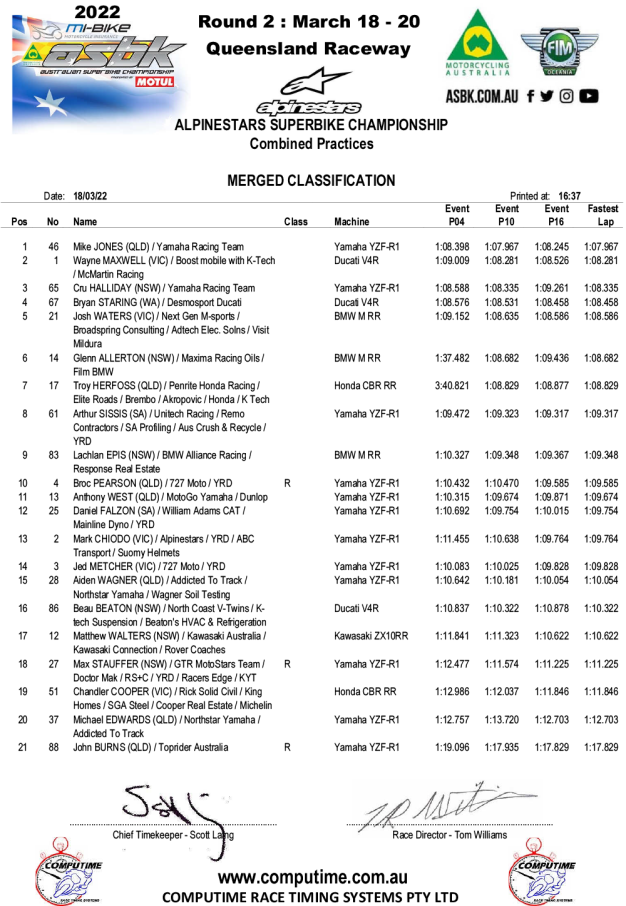