Support classes on-track in second round of ASBK season. 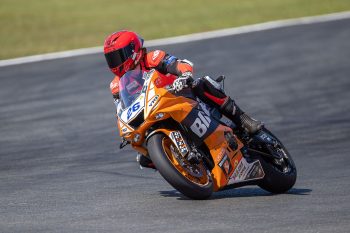 Bikebiz-backed Tom Edwards has risen for pole position in Supersport at the Queensland Raceway round of the Mi-Bike Australian Superbike Championship (ASBK), setting a new qualifying record in the process.

An improvement from Friday’s fastest, Olly Simpson (Yamaha), saw him secure the final slot on the front row, clear of Jack Hyde (Yamaha) and Tom Bramich (Yamaha) as the final riders within the 1m11s.

Next best was Scott Nicholson (Yamaha), followed by Dallas Skeer (Yamaha), Tom Drane (Yamaha), Ty Lynch (Yamaha) and Mitch Kuhne (Yamaha) the top 10 – all of those riders equipped with YZF-R6 machinery this season.

Winning the opening bLU cRU Oceania Junior Cup race of the round was Hudson Thompson, topping Hunter Corney and Cameron Rende – the trio taking the chequered flag in formation.

However, a one-second time penalty later applied to Thompson for ‘dangerous riding on last lap’ – dropping him all the way down the order to ninth – saw Corney the actual victor ahead of Rende, with Marcus Hamod rounding out the podium. 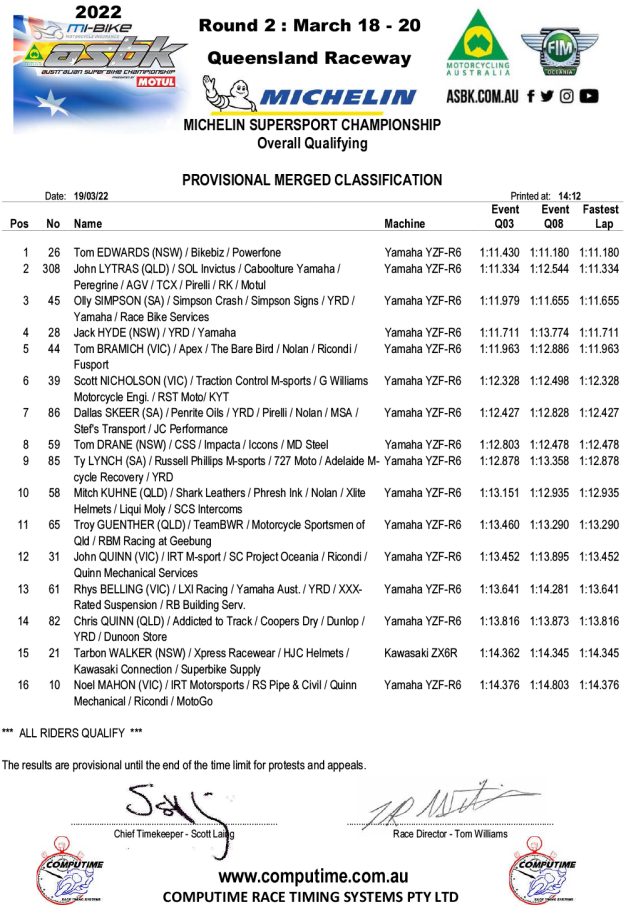 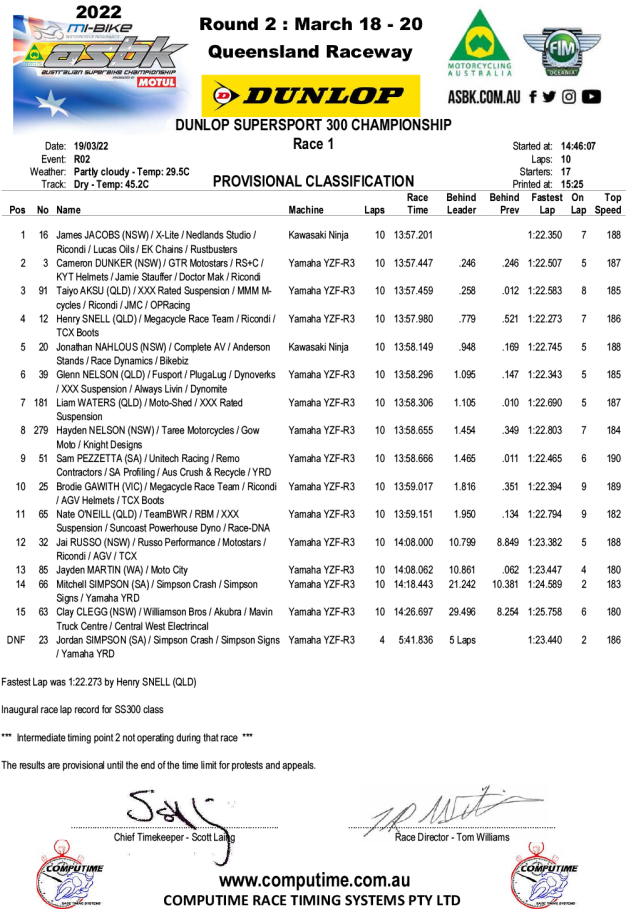 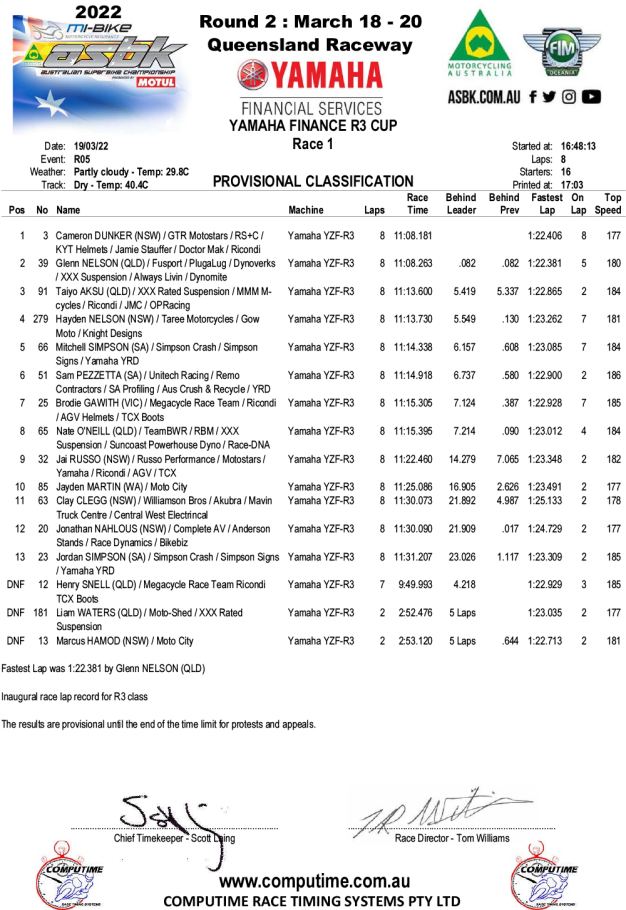