Chantra makes history in Moto2 as Foggia delivers in Moto3.

Red Bull KTM Factory Racing’s Miguel Oliveira has mastered wet conditions in Indonesia to take an important victory at round two of the MotoGP World Championship, as Somkiat Chantra made history in Moto2 and Dennis Foggia was on top in Moto3.

Heavy rainfall in Lombok caused a delay to the MotoGP race start, but when lights went out it was pole setter Fabio Quartararo (Monster Energy Yamaha MotoGP) who took the holeshot, followed by Oliveira who made swift progress from P7 on the grid.

Oliveira made his move for the lead on lap two, before Australian Jack Miller (Ducati Lenovo Team) passed the Portuguese rider to hold the lead for three laps, the number 88 making his move at turn 12 on the sixth lap to retake the lead.

From there Oliveira controlled the race to cross the line and take a maximum 25 points, ahead of Quartararo and Johann Zarco (Pramac Racing) who showed great pace throughout the middle of the race to work his way up to the final podium position.

Australian Remy Gardner crossed the line in P21, and notably, Marc Marquez (Respol Honda Team) did not compete in the race after a monstrous crash in warm-up left him with a concussion.

The championship standings after round two still see Enea Bastianini on top after an 11th place finish at Mandalika, leading Brad Binder by two points with Quartararo a further one point adrift. 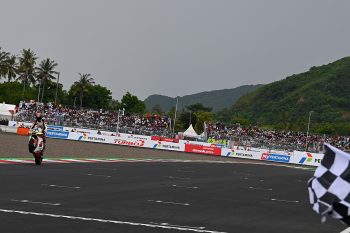 History was made in Moto2 as Somkiat Chantra became the first Thai rider to win a Grand Prix, leading every lap in what was a dominant performance.

Vietti maintains the points lead after Mandalika’s 16 lap outing, nine points atop of Canet with Sam Lowes in third, 16 points back from Vietti.

Moto3 title favourite Dennis Foggia delivered Leopard Racing their first victory of the season as he took the top spot in Indonesia.

Sergio Garcia (Gaviota GasGas Aspar Team) made in two GasGas in the top five with P4, as Deniz Oncu completed the top five. Australian Joel Kelso crashed out of a points-scoring place in the last corner on the last lap, ultimately crossing the line in P18.

Points wise, Foggia leads by one ahead of Garcia, as Guevara sits a further five points behind. Notably race one winner Andrea Migno did not finish the race, dropping him to fourth in the standings after round two.

In the Idemistu Asia Talent Cup, Australian Carter Thompson finished second in race two after suffering a DNF in the opening bout, as Marianos Nikolos notched 7-14 results and Cameron went 11-16. 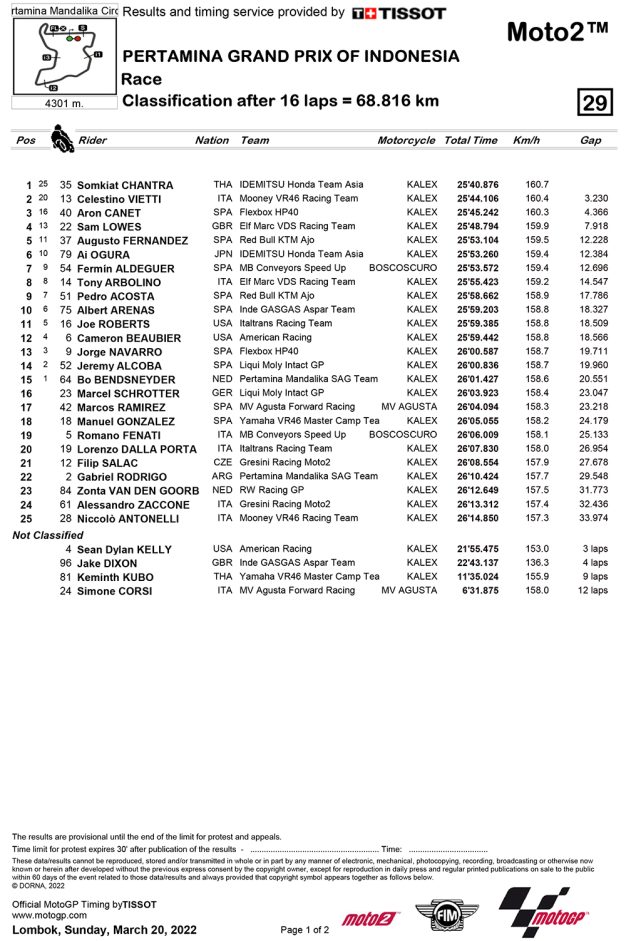 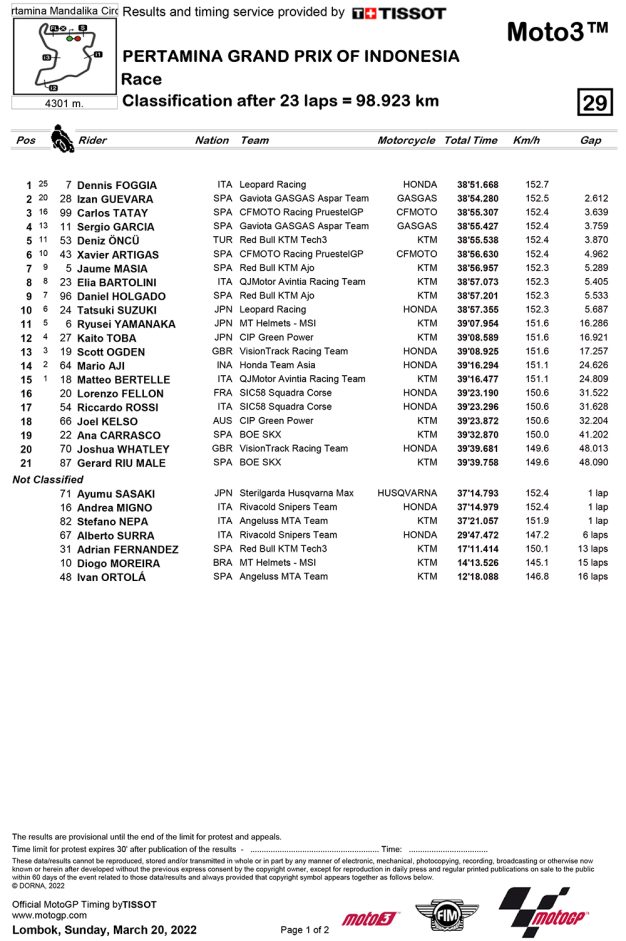