Assorted racer comments following the second round of the season.

In Quotebook, a selection of riders detail how their races played out in the second round of the 2022 Mi-Bike Australian Superbike Championship at Queensland Raceway. 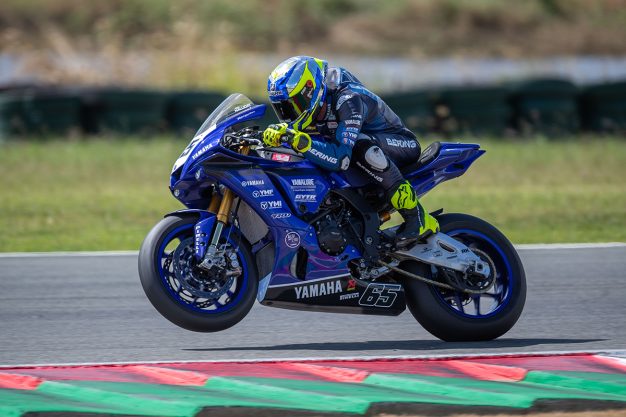 Cru Halliday (Yamaha Racing Team) – 14th:
It was a frustrating weekend for me but it has just left me more determined to come back to Wakefield and redeem myself. I rode a bit tight in race one and as a result got some arm pump and then in race two, it was no one’s fault regarding the mechanical issue and I’m sure the team will be on top of it. My focus now is to just win races. Time to forget about the championship and just concentrate trying to claw back some momentum and win some races. Mike today proved the bike is good enough and the team are doing an awesome job. We still have plenty of rounds left and it’s time to go all in.

Mike Jones (Yamaha Racing Team) – First:
That one felt good. It’s been a long time since I won a race, 2019 was the last time I did, so it’s a great feeling to get back up here again and reward myself and the hard-working Yamaha Racing Team for all their hard work. It’s even better that I was able to do it here in Queensland with a lot of my family and friends here to cheer me on. It makes it more special. Both races went like clockwork for me, and the bike was awesome all weekend. I enjoyed the battle with Bryan in race one and it’s a shame he went down but race two I just wanted to get it done so I put in a sprint right from the start to get some clear track. Thank you to John and Kevin at YRT as well as the guys on my side of the garage. They did an awesome job and we have formed a great working relationship. Also, thanks to everyone for coming out and cheering me on, it was cool to see so many familiar faces at the event and their support and encouragement helped me. We will take a moment to celebrate the win and then its back to work and keep the momentum going for round three at Wakefield Park. It’s not that far away so it’s important we keep our heads down as there are too many quality riders and teams in this field to stop trying to improve.

Glenn Allerton (Maxima BMW) – Fourth:
Good points hall for the weekend which has strengthened my position in the championship. An engine change between timed practice and qualifying two on Saturday put us on the back foot, but fourth overall for the day is great and we will move on to Wakefield in search of my first podium for 2022.

Josh Waters (Maxima BMW) – Third:
Round two overall was a good weekend for myself. The team did a great job improving the bike in each session and I was happy with how I was able to ride in the two races. To get on the podium and move forward in the championship was great. Onto the next round now where we will keep working hard to keep improving.

Troy Herfoss (Penrite Honda Racing) – Sixth:
We didn’t change the bike between races, I think it was fair just to let me get more out of it, as it seems that’s what happening lately as I’m gaining more confidence. I did struggle with rear grip in race two, which I also thought Allerton who was just in front of me did as well so it made it difficult, but it’s so positive moving forward. We’re going to a track that I have a really good benchmark at, I’ve done a lot of laps at and we have a really good idea of what we need to do with the bike to make it a bit easier for me to ride. The best part of the weekend was I was able to fight to the last corner, I feel physically fit, it was so hot out there. I’m just certain when it happens, it’s going to be back to old times I hope, just wasn’t quite this weekend.

Bryan Staring (DesmoSport Ducati) – Eighth:
It obviously wasn’t the weekend I had planned, crashing from a good track position after setting a new race lap record on the sixth lap, but mistakes happen and I’ll be learning from this one. Mike was really strong out there, and looking back at the day, I’m fortunate to still be sitting second in the championship. I’ve spent enough time on the bike now to be comfortable to push, and I obviously found the limit this weekend, and so I have to thank Ben, Dan and Byron in particular for their work to get the bike back together for me to race. They did an incredible job. The season is already building to be a battle, with different riders and manufacturers taking race wins already, but I’m quite confident, after two very different circuits and racing at the front of both that we will have a strong season as we continue to develop the Panigale V4 R.