WorldSSP newcomer Currie on the rise after spinal surgery

Motozoo rider aiming to be fit for Aragon's opener despite multiple setbacks. 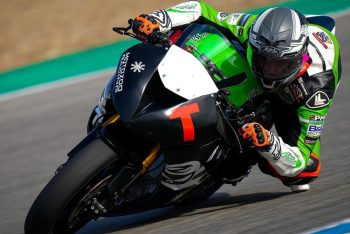 A motocross crash back in February was the beginning of a series of complications in Ben Currie’s preparation for the 2022 Supersport World Championship (WorldSSP), the determined Australian now on the road to recovery after separating his spine.

The training incident resulted in Currie fracturing his L1 vertebrae, where he was rushed to the Barcelona hospital in an unstable condition.

After surgery to stabilise the fracture, Currie was encouraged to start moving too quickly, then suffered from severe anaemia and low oxygen levels in his blood, which meant a blood transfusion was required and two IV drips of iron.

“Thankfully after the blood transfusion and two IV drips of iron, the next day I was able to get to my feet and start building my strength back slowly,” Currie shared.

“Since then, things have been looking up and I’m building my fitness back step by step. I’m super-motivated to be fit enough for the start of the season in Aragon on 8th-10th of April, however I can’t say for sure if that will actually happen – it won’t be from a lack of trying.”

The multi-time British Superbike Championship (BSB) Supersport race winner makes the step the world championship for 2022 with the Motozoo Racing Team, with just under two and a half weeks remaining before the season commences in Spain.