Unpacking the pre-season action ahead of 2022 lights-out.

Fresh off a 2021 Superbike World Championship (WorldSBK) that marked a changing of the guard, testing for the upcoming season is nearly complete. New faces, returning contenders rising to be on the pace and those that seem to be lacking it, CycleOnline dives into what unfolded in the build-up to Aragon’s opener next weekend in this Three Things feature. 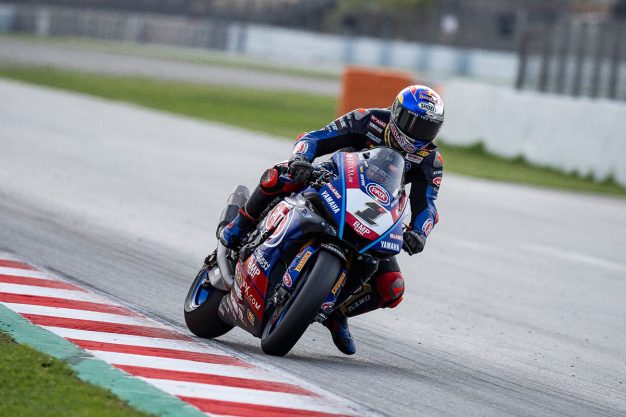 If we are looking at the most recent Catalunya test for reference, reigning champion Toprak Razgatlioglu is the man to beat, setting a 1m40.571s amidst a testing programme that saw the Pata Yamaha With Brixx team trial a new exhaust and develop their electronics package. Two tenths adrift in P2 was returning Aruba.IT Racing – Ducati rider Alvaro Bautista. The number 19 also demonstrated solid pace at Misano earlier in March to top the testing at the San Marino venue, however, it must be noted that the likes of Pata Yamaha and Kawasaki Racing Team were not in attendance there. Rewind to early February and it was Razgatlioglu who was fastest at the Portimao test, edging ahead of six-time WorldSBK champion Jonathan Rea with Bautista third. Looking at the fastest lap from a particular session or day can, at times, reflect only one-lap pace, particularly when many riders and teams trialled Pirellis’s new SCQ qualifying tyre throughout the pre-season. However, indications from each of the tests suggest that Rea and Bautista – who was extremely fast in his previous Ducati stint – are the best candidates to prevent an in-form Razgatlioglu from marching to a second crown. 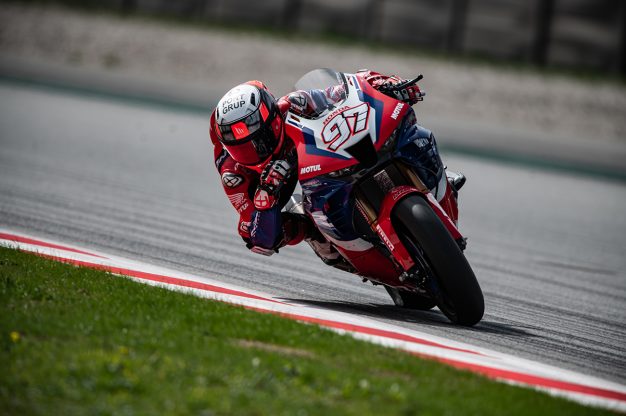 Highlighting the list of incoming talent to WSBK is Iker Lecuona, who based on pre-season form is a dark horse this year. The 22-year-old Spaniard made the move to Team HRC for 2022 after competing in MotoGP with the Tech3 KTM Factory Racing team for the past two seasons. He is ultra-fast, testified by finishing P3 at the Barcelona test, but the question remains if he will be able to translate that speed into consistent race results – often known for being fast but throwing it down the road while in MotoGP. Joining Lecuona in Team HRC is Xavi Vierge, moving across from Moto2, where on his day he displayed podium pace. Vierge is yet to match the speed of Lecuona in testing but will be one to watch as he adapts to the litre bike throughout the season. Hafizh Syahrin also moves across from the GP paddock, targeting consistent top 10’s in his rookie WSBK campaign with the MIE Racing Honda Team. Phillip Ottl steps up from WorldSSP equipped with a Team GoEleven Ducati V4R and has shown flashes of promise throughout the pre-season, notably fastest on the second morning in Misano. Also joining WSBK for 2022 is Barni Racing’s Luca Bernadi – a former CIV SS600 champion.

It’s easy to be overly critical in this area on the WorldSBK rookies, but Syrahrin will need a strong uplift in form if he wishes to achieve his top 10 target. Scott Redding, who made the switch from Aruba.IT Racing – Ducati to the BMW Motorrad WorldSBK Team for 2022, has been unable to get within three-quarters of a second of the fastest time set at both Misano and Catalunya, seemingly taking his time to adapt to the M 1000 RR. However, the Brit’s work ethic has impressed his team and it is difficult to get a gauge on how he is performing relative to the machinery as teammate Michael Van Der Mark is currently out, injured with a broken leg. Impressive 2021 rookie Andrea Locatteli enters the new season carrying the expectation from many that he will be able to make the step to fight for race victories, but has been unable to equal the outright pace of teammate Razgatlioglu in testing to date – one second back on day two at Portimao and 1.2 behind at Catalunya after missing the dry track time on the second day.