Aprilia and Espargaro break through with Argentina victory

Vietti on top in Moto2 as Garcia makes move when it counts in Moto3. 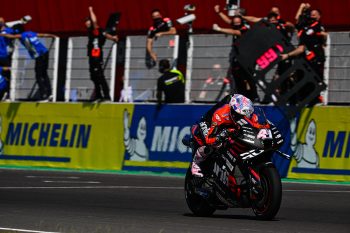 Aleix Espargaro has broken through to take his maiden MotoGP victory and the first for Aprilia in the modern era, as Celestino Vietti and Sergio Garcia emerged on top in Moto2 and Moto3 at Termas de Rio Hondo.

Espargaro experienced a near-perfect weekend, fastest in shortened practice, qualifying and warm up before converting that pace to a race win, 0.807s clear of Pramac Racing’s Jorge Martin.

To Martin’s credit, he held the lead for the majority of the race, only to be eclipsed by the number 41 with five laps to go, scoring a much needed 20 points to open his 2022 account after two challenging rounds in Qatar and Indonesia.

Taking the final place on the podium was Team Suzuki Ecstar’s Alex Rins, ahead of teammate Joan Mir, as Francesco Bagnaia recovered from qualifying P13 to finish fifth.

Espargaro’s victory moves him into the championship lead, seven points clear of Binder who is a further two ahead of Bastianini. 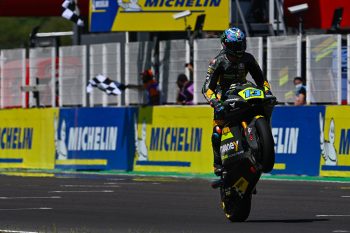 Vietti enjoys a 21 point buffer over Canet following the opening three rounds, with Chantra making progress after a zero points haul at Qatar to sit in third, another four points back. 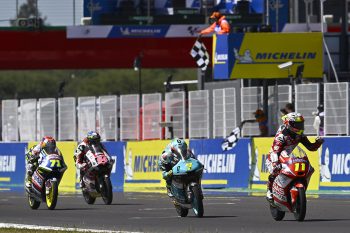 Australian Joel Kelso (CIP Green Power) qualified an impressive P5, ultimately finishing the race in 10th in a weekend that surely marked a sign of things to come from the Moto3 rookie.

Looking at the points standings in the lightweight class, Garcia sits on top with 58, Foggia second on 54 and Guevara third courtesy of 28.

The MotoGP World Championship now heads to the United States for round four on 8-10 April at Circuit of the Americas. 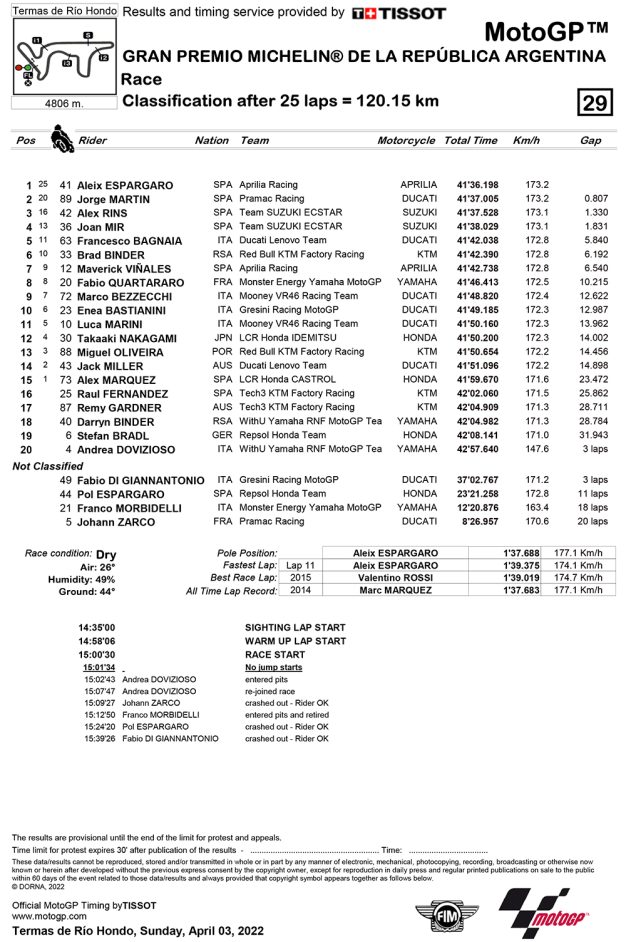 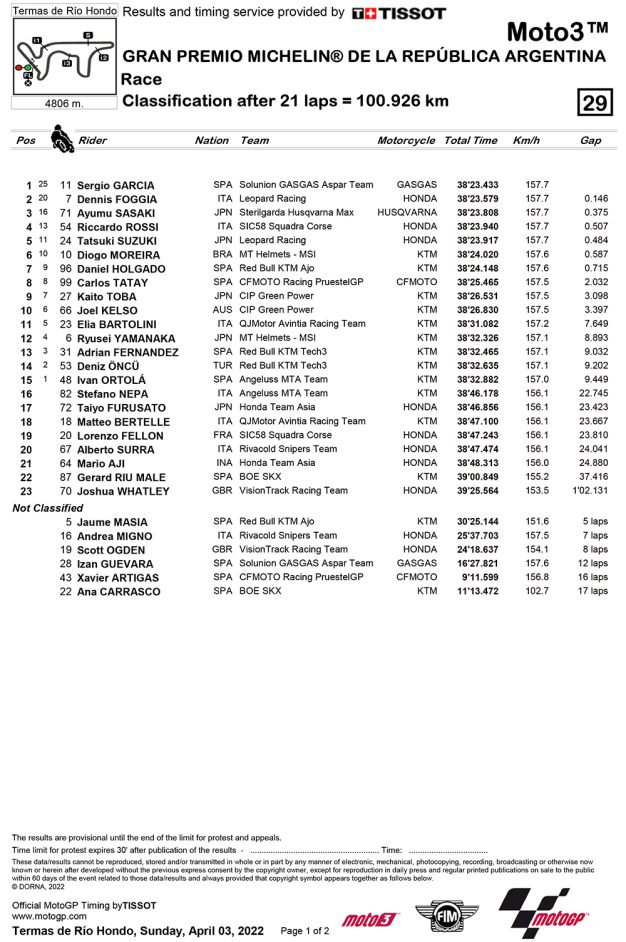