Former world championship rider on Europe and adapting to ASBK.

Making his debut in the Australian Superbike Championship (ASBK) paddock in 2018 after spending multiple years competing overseas, Arthur Sissis has quietly gone about his business and is making steady steps towards the front-end of the field. But don’t fooled by the South Australian’s modesty, as he has proven he can reach the podium at the highest levels in the Moto3 World Championship, also experiencing success in both the British Supersport and Superstock series during his international career. The 26-year-old discusses his progress in domestic Superbike competition and highlights the reality of competing in Europe without major financial support in this Conversation. 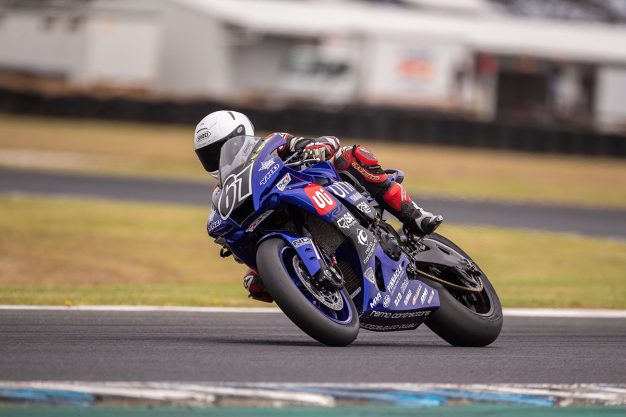 After the GP, I went to speedway for a few years, but I didn’t really enjoy that. I don’t think I had anything in Australia, I just wanted to race overseas, and I had done the Superstock 600s [in BSB]. I had done four races, I won a race, I think the third race I won, then McAMS, Tarran Mackenzie, he left McAMS, and I was friends with the Monster Energy guy so I rang him up and he organised me a ride. I did pretty good, I finished third in my third race on it and then they ran out of money apparently. The year after I didn’t really have anything, they just wanted too much money in Europe to ride for a team and I didn’t have any to give anyone, so we thought we would just do it ourselves in Australia. I think Suzuki were doing that deal back then, so that’s why we went Suzuki at first. I think competition-wise, it’s hard work wherever you go – GP, different bikes, different riders but competition is pretty much the same, it’s no easier or harder between each category.

That’s interesting you say that, I guess it comes down to different riders’ strengths on different bikes. Is there anything with that experience that you feel like benefits you racing in Australia or is it a completely different ball game again – racing Superbikes on the Australian circuits will obviously have its differences to racing a Moto3 on a grand prix track?

I can’t really remember too much about my GP years [laughs]… it’s eight years ago now really. I’ve done a lot of riding since then. When we go to a GP track style track in Australia, it’s more suitable to me and how I ride, because I grew up learning how to ride on GP tracks. All of these stop-start, Wakefield type tracks, stuff like that is a bit harder. You’ve just to learn, I guess.

With that, you’ve been making pretty steady progress in Superbike field. Looking most recently at Queensland Raceway, in that last race it definitely looked like you took a step forward. Is there anything that you can put that step down to, or is it more so time on the bike adapting, and getting the right team and people around you?

I think just trying to get the bike… Scott Heyes, he’s a guru. The way I ride, because I started out my career in Moto3, I started off riding a Superbike like that. I have high corner speed, but with a Superbike you need to brake, stop and go, so we just tried to work the bike out, trying to set it up so I can ride like that. We are slowly getting there and in race two, we made a big improvement. 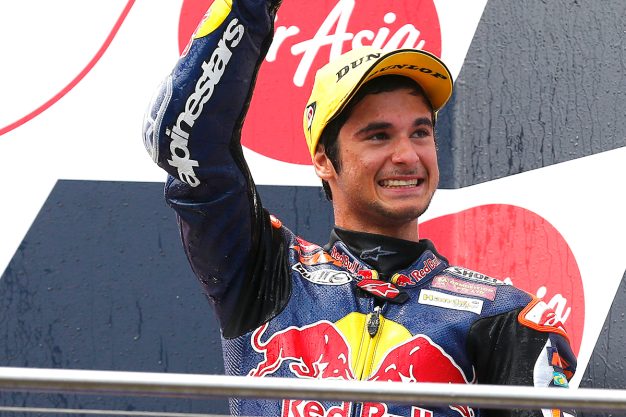 Building on that improvement and looking towards the season ahead, what are you hoping to achieve this year? And fast-forward to next year, are you aiming to cement yourself as a top domestic Superbike rider or are there any connections you might have that would enable you to head back overseas?

At the moment, I am just concentrating on Australia, because to go over to Europe, unless you have got big suitcases out… we’ve got good riders here. Really good riders here. No one gets an opportunity, they don’t look over here unless you have got big pockets [laughs]. Next round, just try to improve on what I did in the second race at the last round I guess – you are only as good as your last race. It sort of motivates you a bit, you have a good result and you want to train harder. Just improve on that and I think we can. We are getting closer to the front.

I guess it’s the sad reality in most cases, if you don’t have the cash you can’t get a ride over there. With you going through the Red Bull Rookies Cup into the Red Bull KTM Ajo Moto3 team at the time, you were kind of the exception for a stint, giving those that don’t have big pockets hope that there is a pathway if you do have the talent. Are pathways like that, something that can give people who don’t have massive financial backing a bit of hope?

I didn’t pay anything for the three years I was there. Red Bull paid for everything, really. All I had to do was live away from the races. I think that’s what the Rookies Cup is designed to do, because you don’t have to pay for that either, you only have to pay to get to the races. You do that and if you do good in that then they reward you with a free ride. I was lucky enough to do that. Now in Europe, I don’t know if it has changed from when I was there… There’s a lot of European kids that are good who have heaps of cash, so they would rather take someone like that.

You mentioned working with Scott Heyes earlier, who has extensive knowledge in telemetry and data analysis. Experiencing the step up from Red Bull Rookies, which were using 125cc two-stroke machinery when you were racing there, to Moto3 where there is a lot more data. Is there any of that you can relate to Superbike here, in the way you know how to interpret and relate to the data and telemetry?

In Rookies Cup, we didn’t have anything so when I went into the GPs it was quite a big step because you’ve got everything. You can’t really go into it – if you are tired and want to crash just to finish the race, you can’t just press the front brake and crash out because they know [laughs]. Everyone knows, if you say the bike is doing this in this corner, they can see, there’s no hiding. I think it is helping, with the Superbike it is pretty similar to what I have over there. I don’t know how to use it, but I know how to look at it and explain things about it. I think that side of GP helped me, with what it is now.