Bastianini back in business with COTA victory 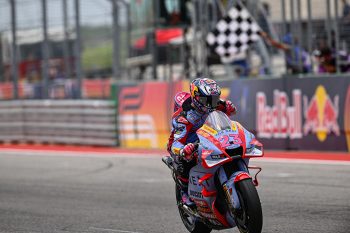 Enea Bastianini has confirmed that he’s a force to be reckoned with in the 2022 MotoGP World Championship, securing his second victory of the season at Circuit Of The Americas (COTA) as Tony Arbolino and Jaume Masia were on top in Moto2 and Moto3.

2020 MotoGP World champion Joan Mir (Team Suzuki Ecstar) crossed the line fourth, enjoying a 2.1s buffer over Francesco Bagnaia (Ducati Lenovo Team) who was fifth. Returning Marc Marquez delivered a spectacular performance to recover from a challenging opening lap that saw him drop to the back to finish P6 on his return.

Bastianini’s victory boosts him back to the top of the championship standings on 61, with Rins in second on 56 ahead of Aleix Espargaro in third on 50. 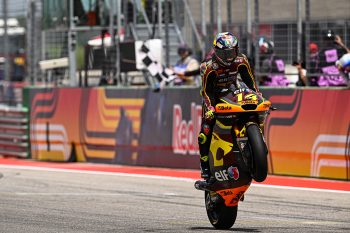 Championship leader Celestino Vietti crashed out in the early stages, as did Aron Canet who entered the round second in the points.

Further drama ensued, as Somkiat Chantra (Idemistu Honda Team Asia)  – round two winner – made contact with Sam Lowes (Elf Marc VDS Racing Team), resulting in the Thai rider receiving a long lap penalty to be served at Portimao. Both riders did not finish the race.

Vietti now holds a 14 point lead over Ogura in the Moto2 World Championship standings, with Arbolino a further two points adrift in third. 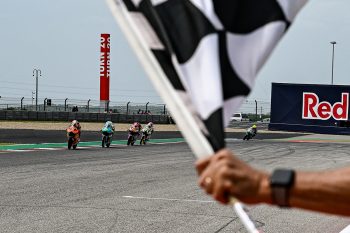 Foggia leads Solunion GasGas Aspar Team’s Sergio Garcia -who crashed out at COTA – by 16 points in the Moto3 World Championship standings, as Andrea Migno is third 33 points from the lead. 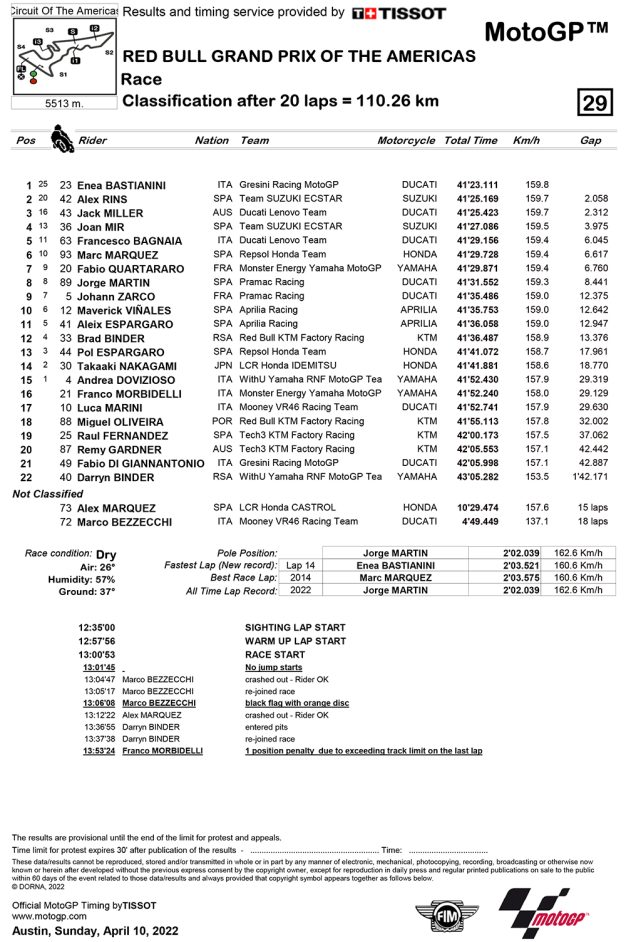 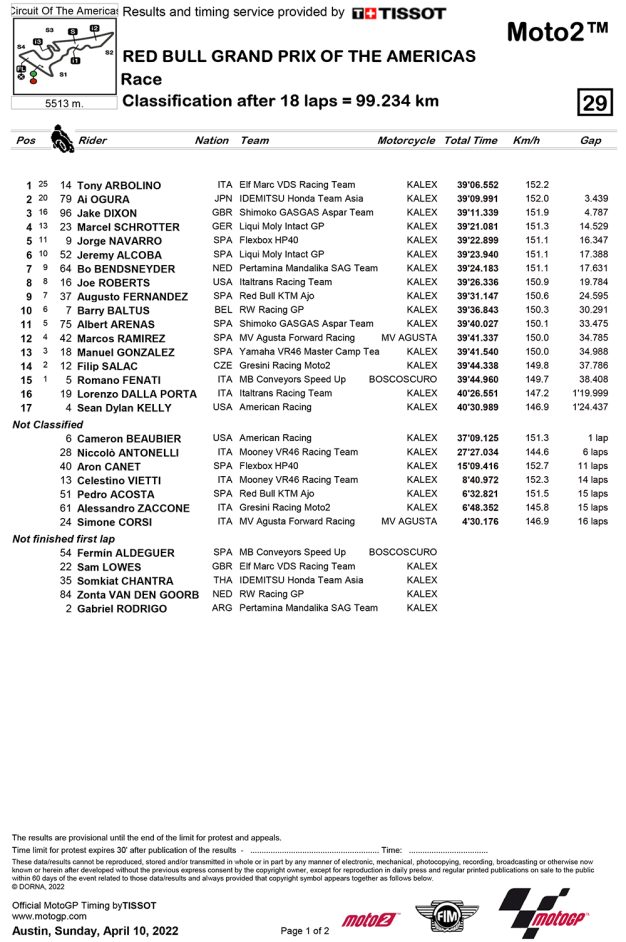 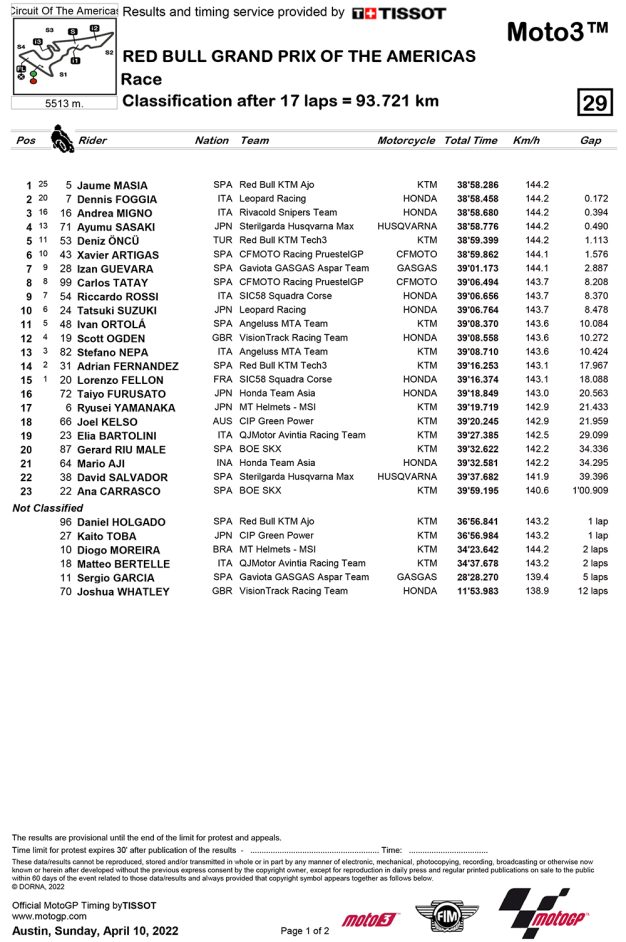