Q&A: What we learned from Aragon

Dissecting results following the opening round of WorldSBK 2022.

The highly-anticipated Superbike World Championship (WorldSBK) commenced last weekend at Aragon and, by the looks of it, the racing is set to deliver one intriguing season in 2022. CycleOnline answers some key questions that arose from the opening round of the season in Spain in this edition of Q&A. 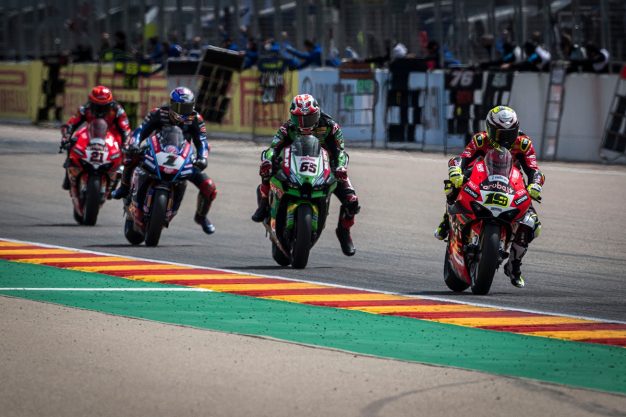 Q: Can Alvaro Bautista carry this form throughout the season?


A: It’s difficult to give a straight yes or no answer. Bautista is lighting fast, especially with Ducati. When he is riding confident, he’s proven to be almost unbeatable. Looking back to his debut year in WorldSBK with Aruba.it Racing – Ducati, he dominated the first four rounds of the 2019 season to win 10 races in a row, before suffering seven races throughout the year where he didn’t score any points. That inconsistency ultimately cost him the title to Jonathan Rea. A challenging two years with Team HRC didn’t slow Bautista down, winning the Superpole race and race two, while finishing second in race one at Aragon’s opener to stamp his return to the Italian manufacture in 2022. Based on his past history it’s too early to say if he will be able to carry the form displayed at MotorLand throughout the entire 12 round championship, but whether or not Bautista becomes the champion this year, he will certainly be a factor in deciding how the title plays out.

Q: Who would be most disappointed with their performance?

A: Scott Redding. After finishing third in last year’s WorldSBK title race with Aruba.it Racing – Ducati, the personable number 45 suffered a challenging opening round at Aragon – his first with the BMW Motorrad WorldSBK team. 15th in race one followed by 12th in the Superpole race then a DNF in race two were underwhelming results by his own account. The Brit will have his focus forwards to Assen to work his way closer to the front. Hafizh Syahrin had outlined in the build-up to his debut WorldSBK season that he would be targeting top 10 finishes, 21-23-20 results leaving the MIE Racing Honda rider with some work to do to achieve that target. It would be harsh to say current champion Toprak Razgatlioglu is, or should be, disappointed with 3-3-3 results as it was a solid haul of points to start the year. But carrying the number one plate the Turkish rider will surely want to return to the top step sooner rather than later, and is looking to return to the 2021-spec Yamaha YZF-R1 at Assen in an attempt to do so.

Q. Did anyone perform better than expected?

A: Filling in for injured Michael van der Mark in the BMW Motorrad WorldSBK team, Illya Mikhalchik delivered a solid top 10 result in the opening race of the season, crossing the line in P8 and as the highest place BMW rider. An impressive performance for the Ukrainian talent in his WorldSBK debut. Axel Bassani delivered a solid result in race two for the Motocorsa Racing Team, riding his Ducati V4 R to P6.

Q: Were there any major casualties at the opening round?

A: Thankfully no. Round two at Assen should see those who competed at Aragon’s opener continue battle, with van der Mark hopeful of making a return to competition at his home round. The 90 degree turn one at Aragon can often be a key protagonist, particularly on the opening lap, but for the most part racing was kept clean around the 5.344km circuit, with just two retirements in the final WorldSBK race of the weekend.

Q. How did those who moved across from the MotoGP paddock fair?

A: The highest-placed riders in WorldSBK that came across from the MotoGP paddock were Team HRC duo Iker Lecuona and Xavi Vierge, scoring 6-8-10 and 7-9-8 results respectively. Both riders revealed that they enjoyed the WorldSBK racing format, Lecuona rueing a costly mistake in the Superpole race where he missed mis-shifted, and Vierge relieved to have finished all the races as he continued to recover from broken ribs sustained in the pre-season. Syahrin also completed successfully completed the three races, and it can be expected that the trio will only get stronger as the year unfolds. In WorldSSP, Lorenzo Baldassarri leaves his debut weekend in the class equal on points with current champion Dominique Aegerter, the pair splitting victories in two thrilling outings.

Q: Is Yamaha still the machine to beat in WorldSSP?

A: After Aragon, yes. While the likes of Ducati Panigale V2-mounted Nicolo Bulega showed strong pace in the pre-season, when ‘the flag dropped’ it was still the Yamaha YZF-R6’s that occupied the top two positions in each race. With new regulations for the class allowing the likes of Ducati’s Panigale V2, Triumphs Street Triple RS and MV Agusta’s F3 800 RR, it will be intriguing to see if there will be a changing of the guard throughout the season as the series visits circuits with different characteristics. Interestingly, if you look at the top speed’s in Superpole, less than 2km/h separated the fastest from four of the five competing manufacturers, Can Oncu’s Kawasaki being the quickest and MV Agusta being the exception. Top speed doesn’t tell the whole story, but it points at Yamaha’s current advantage is likely  coming from another area.