With the first two rounds of the 2022 Mi-Bike Australian Superbike Championship (ASBK) now complete, CycleOnline looks at eight storylines of interest in this Countdown feature as the series approaches Wakefield Park this weekend. 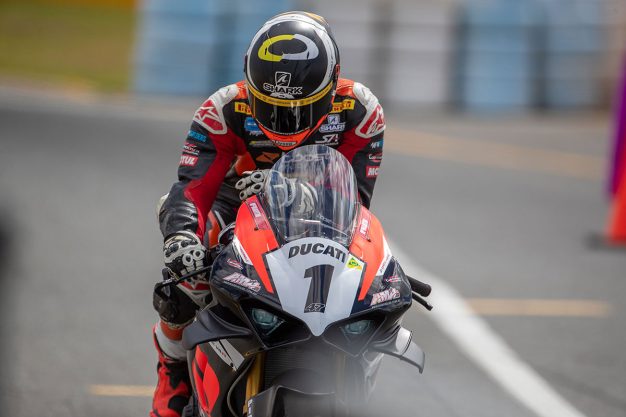 8. Allerton surviving:
Glenn Allerton entered 2022 off the back of a solid campaign last year, where he finished second overall. Rewind to the end of 2020, the three-time ASBK champion broke the lap record at Wakefield Park and emerged once more as a threat at the front of the field – it was seemingly a matter of time before the number 14 stood on the top step again. However, this season hasn’t been all smooth sailing for Allerton, battling an ear infection at Phillip Island’s opener and then having to do an engine swap Saturday night at Queensland Raceway ahead of Sunday’s two 16-lap races. Despite these hurdles, he has managed to collect a relatively consistent haul of points and sits fifth in the championship standings, 25 points back from Mike Jones as the series returns to a track where Allerton has shown strong form in the past.

7. Supersport is anyone’s game:
Honda-mounted Senna Agius made a statement at the opening round of the Australian Supersport Championship at Phillip Island, delivering a commanding 1-1 scorecard before heading overseas to compete in the Moto2 European Championship. While pre-season title favourite Tom Edwards suffered a DNF in the first race due to a flat rear tyre, a P2 in race two kept him in title contention. However, the title race was turned on its head at Queensland Raceway when Edwards was stripped of his pole position point and two race victories due to a technical infringement, leaving a monumental challenge to claw back ground on current championship leader Olly Simpson. Following the second round in Queensland, Edwards announced his entry into the World Supersport Championship round at Assen, which coincides with ASBK round three at Wakefield this weekend. With another potential 51 points lost, it all but rules Edwards out of claiming this year’s crown. With Aguis and Edwards crossing the line first in each of the four races so far, it leaves the door open this weekend for new contenders to emerge and stamp their authority on the championship.


6. Sissis on the rise:
Unitech Racing’s Arthur Sissis showed what he was capable of on litre bike machinery last year at The Bend when he qualified fourth in the highly competitive field. Unfortunately, bad luck hindered him in the races, but the potential shown in qualifying set the scene of perhaps what was to come in 2022. The South Australian quietly battled illness at Phillip Island to open his 2022 account with 8-8 results. Race two at Queensland Raceway, however, saw Sissis right in podium contention, the number 61 revealing changes made ahead of the outing were a positive step in the right direction. It will be interesting to see how he fares this weekend, the tighter more technical circuit potentially favouring the R1 but Sissis himself having a riding style developed on fast and flowing ‘European’ style tracks.

5. Building form for Herfoss:
Queensland Raceway was a positive step forwards from Phillip Island for Troy Herfoss. A switch back to Pirelli tyres and a shift in team members have provided dynamics for the number 17 to adapt to in his build following a massive crash in Darwin last year. Testing at Wakefield ahead of round three is hard to get a gauge on, very few riders ran transponders in what was rain disrupted two days. Some have tested since, but the times Herfoss posted while using a transponder weren’t front running pace. That said, lap times from testing never tell the full story, and one thing can be certain and that is that Herf will give 110 percent to find his way back to the front. Will that be as soon as Wakefield? Time will tell. 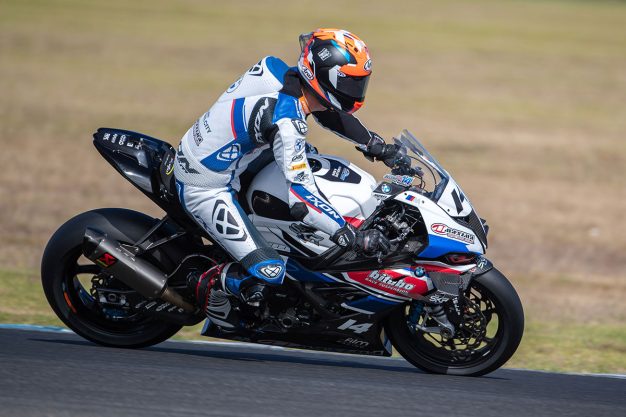 4. Steps made for Waters and BMW:
Seeing Josh Waters fighting towards the pointy-end again in 2022 has been refreshing. The Victorian made the switch to Maxima BMW this season, and from the onset has delivered top five pace onboard the M 1000 RR, able to capitalise and improve at Queensland Raceway to secure third overall. Queensland Raceway. Waters – like Maxwell and Allerton – is a three-time ASBK champion and has proven in the past he can be deadly consistent and a formidable force when he is comfortable with the bike he is riding. If that comfort continues to build at Wakefield then we could see the number 21 take that next that next step.

3. Both Jones and Halliday 1-1 in YRT battle:
With Mike Jones returning to the Yamaha Racing Team (YRT) for the 2022 season, it set the scene for an intriguing battle between himself and Cru Halliday who has been the leading rider within the squad in the past years. Halliday was able to overcome bad starts at Phillip Island and fight his way back to 2-3, passing teammate Jones along the way. Jones struck back at QR in what was a dominant weekend, pole and two race wins to take the championship lead as Halliday suffered a technical DNF in the second race. With Jones in hot form and Halliday hungry for redemption, it wouldn’t be a surprise to see both factory Yamahas on the podium at round three.


2. Work to do for Maxwell:
Winning the title for the past two seasons and then posting times during official testing at Phillip Island that gave him a sizeable buffer over his nearest competitor, it looked like the 2022 crown was Wayne Maxwell’s to lose. The McMartin Racing rider carried that form to claim a convincing pole position at Phillip Island’s opener, however, an unforced error during race one was the first light of hope that he wouldn’t be untouchable all season. Maxwell was able to rebound and secure the second race victory, but his pace advantage did not transfer to Queensland where he was second overall with 2-3 results behind Mike Jones. To Maxwell’s credit, he achieved that will minimal track time at the circuit in the build-up to round two, and was not entirely comfortable with the front end of his V4 R throughout the weekend. Following his DNF from the opening race of the season, the ‘Wayne Train’ will be looking to return to the top step and claw back some points at Wakefield.

1. To finish first, first you must finish:
Three major contenders for this year’s title have already suffered DNFs during the opening four races. Maxwell – who was arguably the title favourite – in race one at Phillip Island, round one winner Bryan Staring – who has swiftly adapted to the DesmoSport Ducati – crashing out of race one at QR, and Halliday suffering a mechanical failure out of his control in race two at Queensland. As a result Jones, which to his credit achieved the results in Queensland from his own sheer speed as opposed to capitalising on others misfortune, now enjoys a 16-point lead in the title race. Such DNFs have kept the top five – Jones, Staring, Waters, Maxwell and Allerton – all within 25 points, as inconsistency could prove costly come the conclusion of this year’s championship.