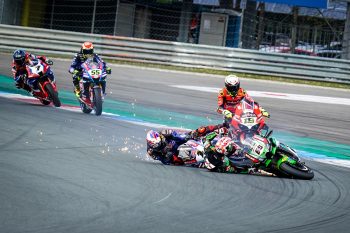 Rea was again able to come out on top in Sunday morning’s Superpole Race, this time from Razgatlioglu and Bautista, but it was later in race two when the fireworks were in the air.

Fighting at the front in the early laps of the race, Razgatlioglu and Rea battled with Bautista in tow, but it came to an early end on lap six when Rea and Razgatlioglu collided – both riders being forced to retire from the race, leaving Bautista to take the win.

Bautista was able to pull away at the front of the field to win by 8.7s ahead of Andrea Locatelli (Pata Yamaha with Brixx WorldSBK) and series newcomer Iker Lecuona (Team HRC) in third position. Bautista moved 18 points clear off Rea in the standings, with Razgatlioglu third. 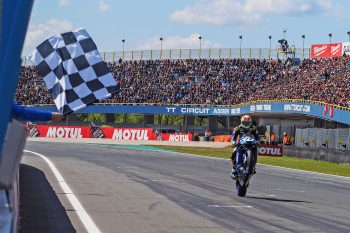 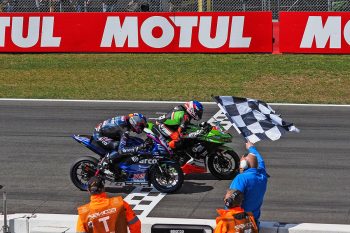 Australian Harry Khouri (Team#109 Kawasaki) finished 13th in race one to score world championship points to open the weekend, but unfortunately crashed out of the second encounter. 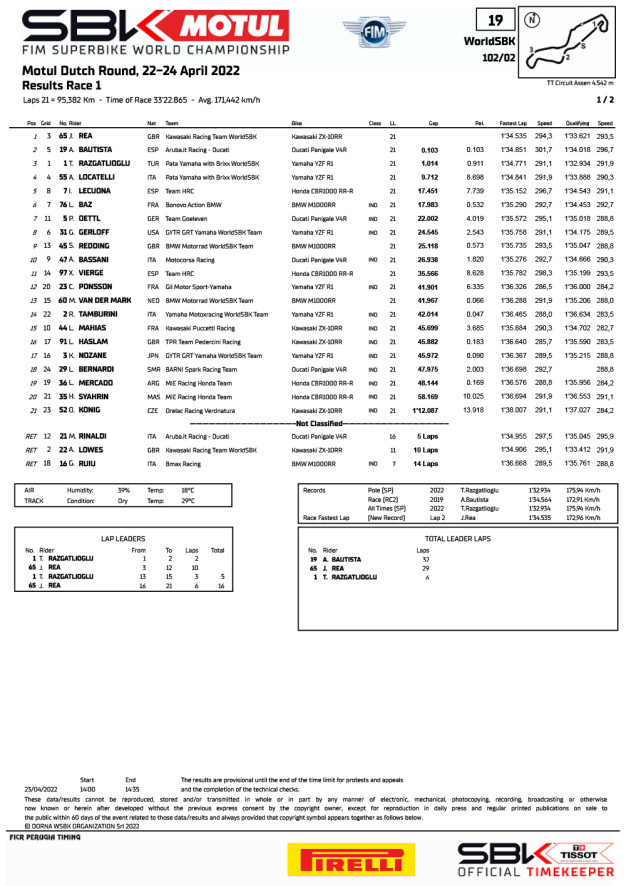 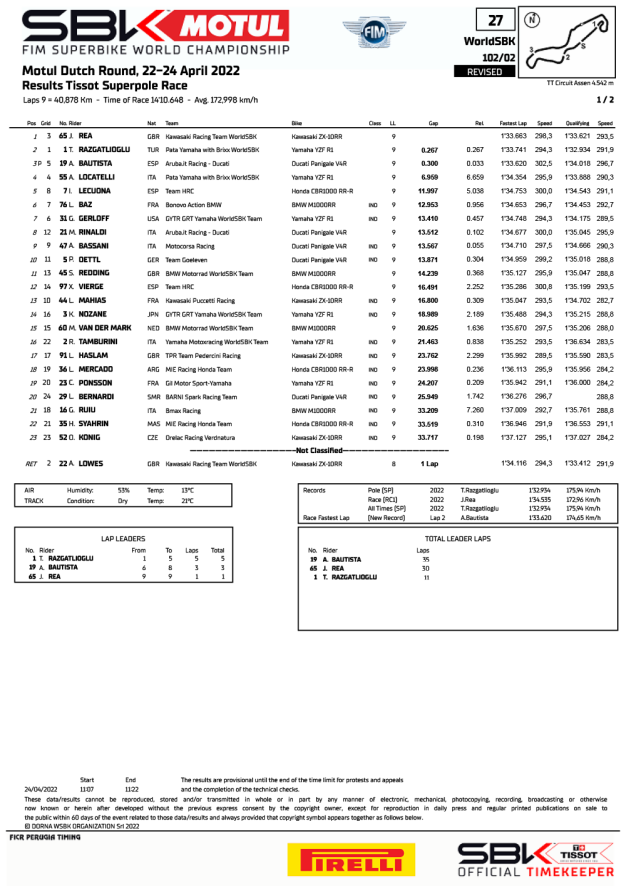 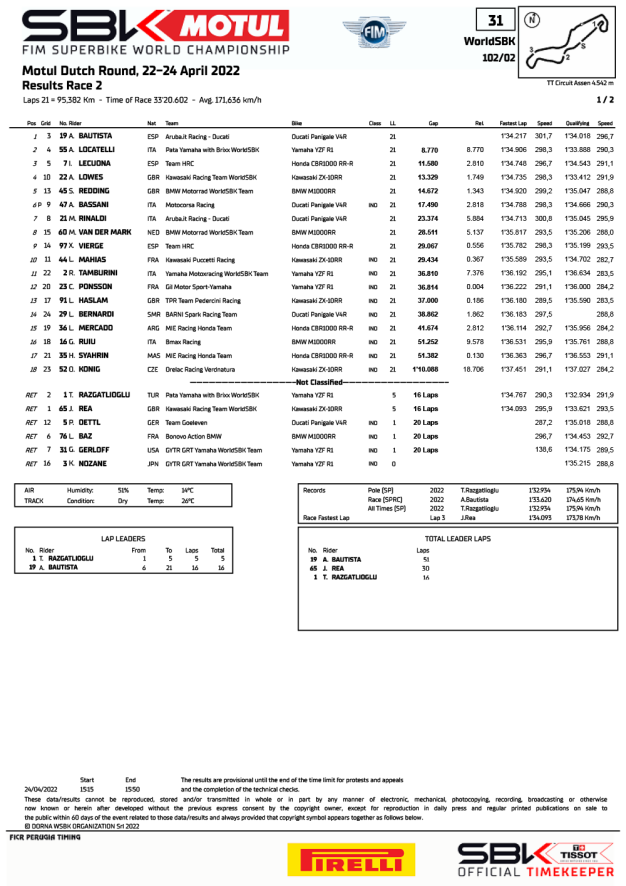 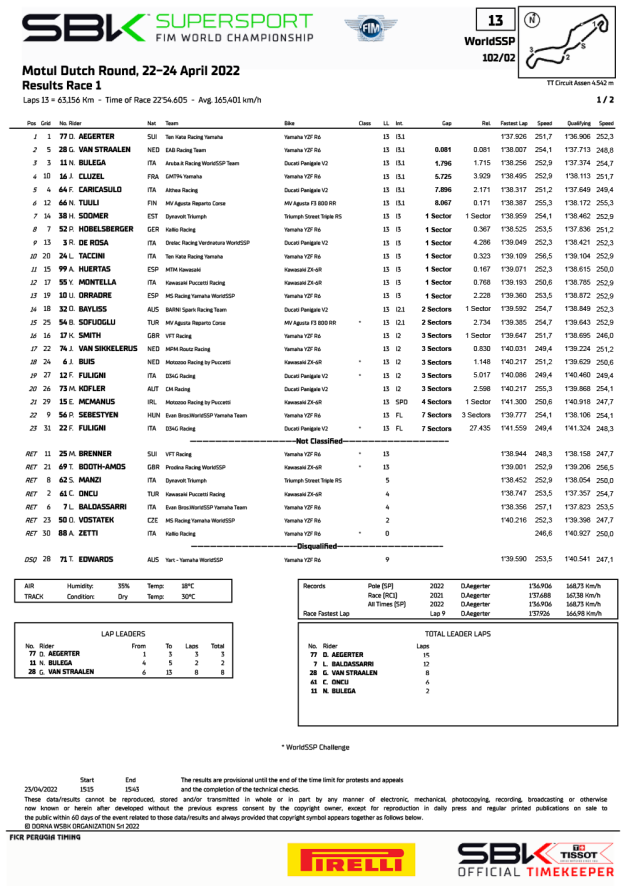 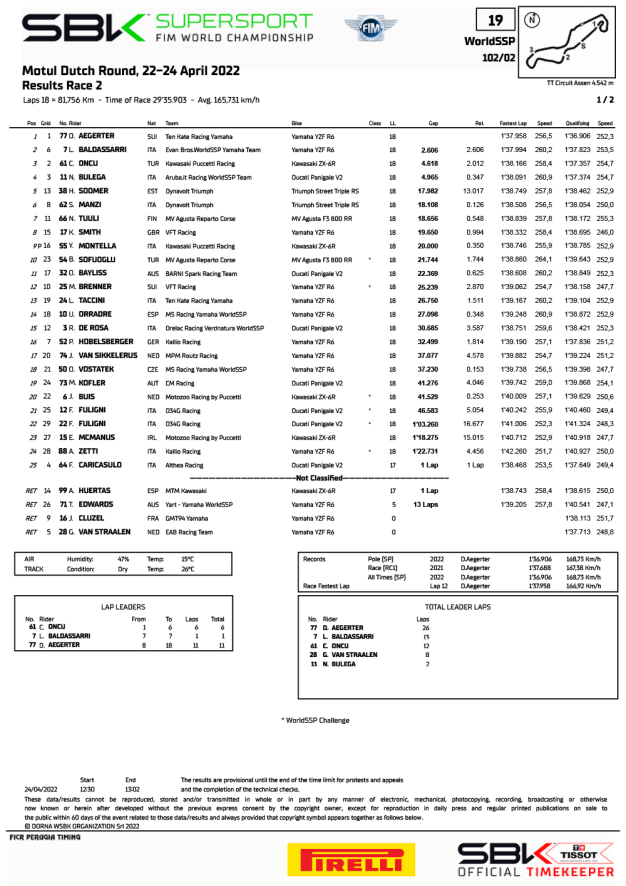 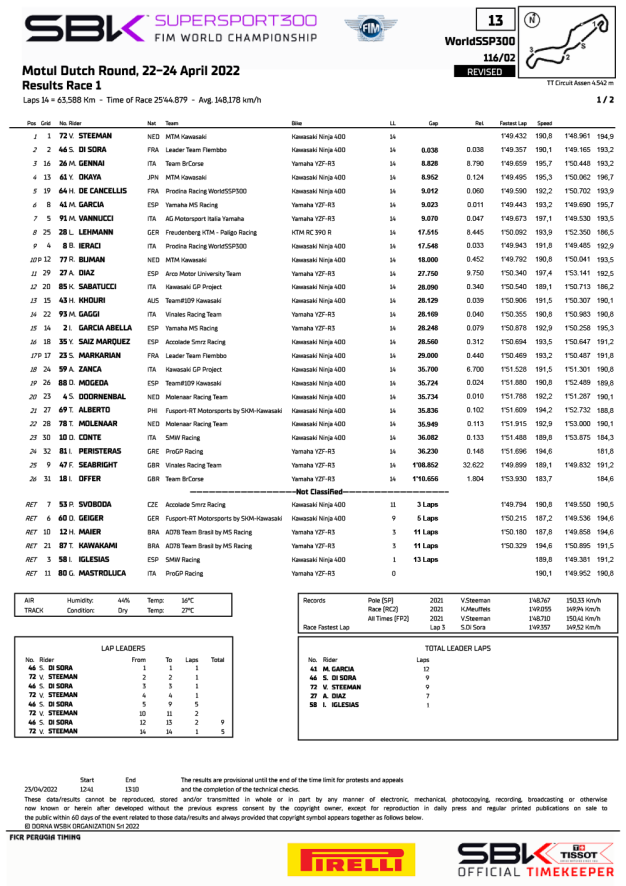 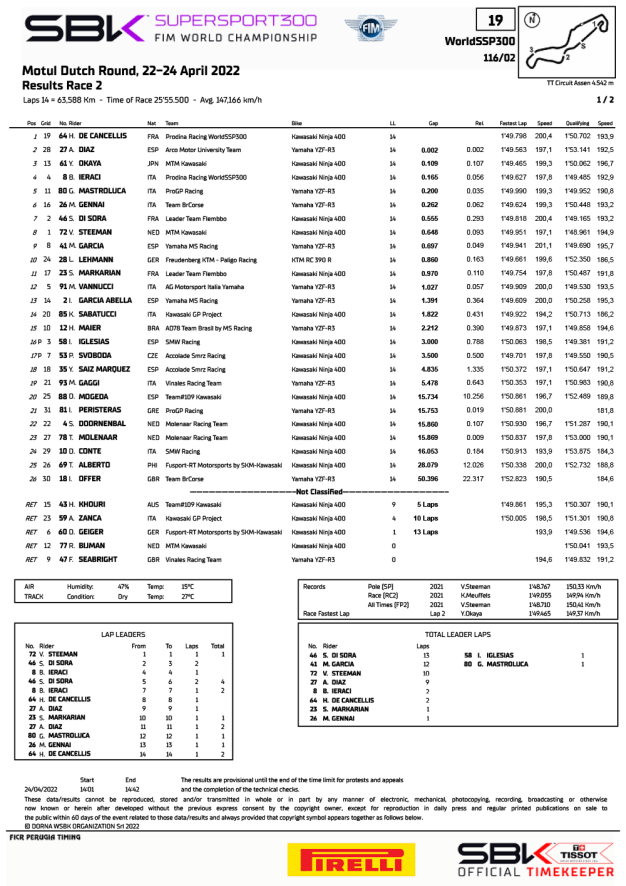 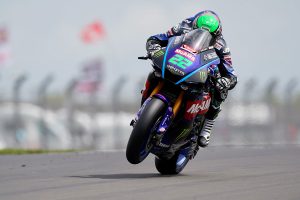 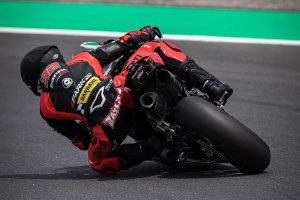 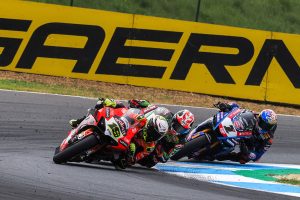