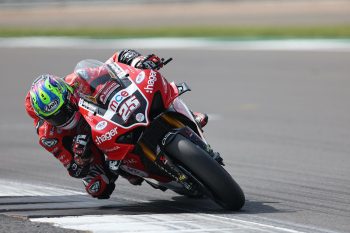 British Superbikes (BSB) regular Josh Brookes has confirmed his return to the North West 200 this year, set to compete in the prestigious event aboard a factory-supported MCE Ducati Panigale V4 R.

Brookes, 39, made his debut at the event in 2013, and was the fastest newcomer before setting a new outright superbike lap record the following year on his way to second place, Yamaha mounted at the time.

Glenn Irwin has won three out of the last four Northwest 200 superbike races for the Paul Bird Motorsport squad (PBM), with Australia’s Brookes looking to add to that success and claim an elusive victory on the 14.3km Portrush-Portstewart-Coleraine closed road course.

“Firstly, I’d like to make it clear that I’m not taking anyone else’s ride, I’d never do that, but an opportunity has arisen to race at this year’s North West 200 and it’s one I’m very much looking forward to,” Brookes explained.

“Every year, I’d have seriously considered doing the roads if the opportunity arose, whether it be the North West 200 or the TT, but it all comes down to finance as there’s a big cost.

“The MCE Ducati Racing Team had already put the logistics in place so when I was asked if I’d be interested, of course I said yes. It was a while ago since I was there in 2014 and as well as setting a new lap record, I felt I should have won that race, so I think I’ve got as good a chance as anyone lining up on the grid so I’m hopeful of winning some races.”

There are no plans for Brookes to compete in this year’s Isle of Man TT races with the primary focus being on reclaiming the BSB title. The Fona Cab and Nicholl Oils 2022 International North West 200 which takes place on 8-14 May.