A closer look at the top five Superbike riders to date in 2022.

Three rounds into the 2022 Mi-Bike Australian Superbike Championship (ASBK) and a group of title contenders have emerged, while others are clawing to elevate themselves into the fight. In this edition of Rated, CycleOnline looks at the form of the top five riders in the Superbike standings following Wakefield Park. 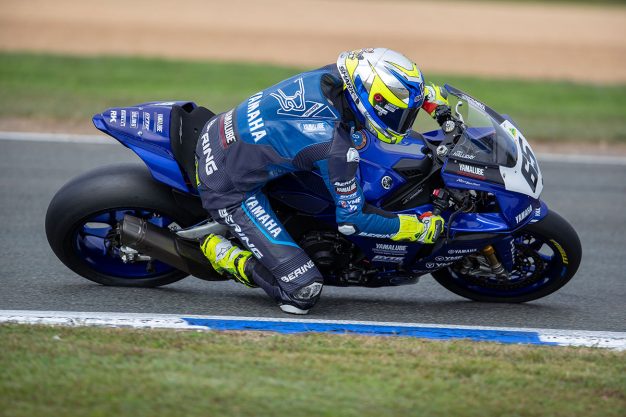 Rider: Mike Jones
Rating: A
Rundown: Two from three round victories and pole positions, including three race wins out of the first six races has been a dream start of sorts for Jones with Yamaha Racing Team in the premier class. After the pre-season testing schedule was impacted by poor weather, Jones methodically worked his way through the opening round at Phillip Island to leave with a solid haul of points in P3 overall. The number 46 dropped the hammer at Queensland Raceway to dominate the weekend and score maximum points, then able to continue his winning ways at Wakefield where he progressed strongly from Friday’s practice heading into qualifying. Jones’ latest 1-2 scorecard at round three leaves him with a 23-point advantage ahead of the fourth stop on the calendar at Hidden Valley Raceway.

Rider: Wayne Maxwell
Rating: A-
Rundown: Maxwell made a statement with his outright pace in pre-season and then carried form throughout the build-up to the opening race of the year with a commanding pole position at Phillip Island. In what was his race to lose, disaster struck on lap five when he fell at The Hayshed, heavily damaging his number one Boost Mobile with K-Tech Ducati. The three-time ASBK champion bounced back to take victory in race two, however, both Maxwell and the team were left disappointed with only taking 26 points away from the opening round after carrying such a pace advantage. A lack of testing at Queensland Raceway meant Maxwell started round two on the back foot and, in a weekend where he was struggling to get the right feeling in the front-end of the V4 R, he was able to manage second overall, but it was a sign to his rivals that the deficit they faced at Phillip Island was surmountable. ‘The Wayne Train’ came out firing in Wakefield Park Friday practice, showing again the sheer pace displayed at the start of the season, but a wrong direction set-up wise in qualifying saw the tables effectively turn. The number 47 ultimately traded wins with Jones, but was second overall courtesy of the Yamaha rider’s pole position point. Maxwell will be determined to land on the top step when the championship heads to the Top End and needs to start inching back points on Jones to keep the pressure on.

Rider: Bryan Staring
Rating: B+
Rundown: New DesmoSport Ducati signing Staring entered this season as the dark horse of sorts and delivered at the opening round of the season to emerge with the early points lead. Swiftly adapting to the V4 R, Staring carried his impressive form into Queensland Raceway and was the only one to really front a challenge to Jones at the Queesland venue. Unfortunately, that challenge ended halfway through the opening race when the number 67 fell at the final turn, but he was able to remount and salvage points before recovering in race two to finish second. A mediocre round at Wakefield saw Staring land fifth overall courtesy of a 5-5 scorecard. Third in the points leaving Goulburn, it was crucial ground lost at round three in a bid for the 2022 crown and both Staring and the team will be fully focused on a stronger outing in Darwin. 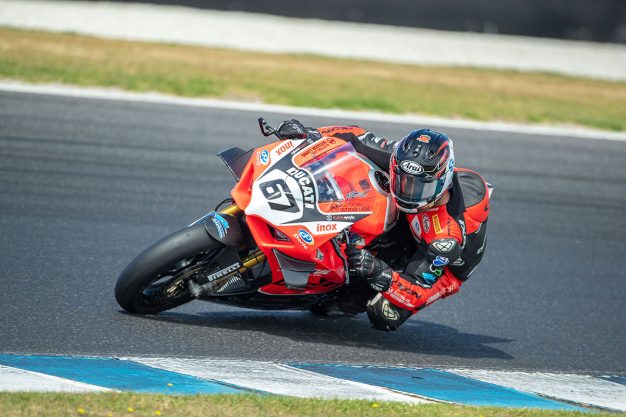 Rider: Cru Halliday
Rating: B+
Rundown: YRT mainstay Halliday has been a consistence podium challenger throughout the 2022 season, also benefiting from the reinvigorated environment at Yamaha. Great race pace and craft at Phillip Island’s opener allowed him to recover from poor starts to score 2-3 results, before being right in the mix for second in the opening race at Queensland, ultimately crossing the line in P5. A costly mechanical DNF in the second race at QR saw Halliday lose valuable ground in the championship, but he was able to deliver a strong showing in Wakefield to bank a further 36 points thanks to 3-3 finishes, which saw him third overall at round three. What he is looking for right now is race wins and, if he can achieve that, chances of him competing for more will lift. While Halliday had the upper-hand on teammate Jones at round one, Jones has carried the advantage in both Queensland and Goulburn, which is sure to add motivation to the former Supersport champion in the upcoming rounds.

Rider: Josh Waters
Rating: B
Rundown: After a challenging season last year with Kawasaki BCperfromance, the Maxima BMW team has provided a fresh approach for Waters that has once again seen him able to challenge for the podium. An impressive qualifying performance at Phillip Island saw him line up on the front row, later finishing the opening races with a 4-5 scorecard. A step forward in terms of race pace at Queensland Raceway enabled Waters to capitalise on his rivals’ mistakes and score his first podium with BMW. The squad struggled with rear grip at Wakefield and subsequently failed to take a step forward, Waters finishing a disappointing seventh overall as the top-placed BMW at round three. The three-time Superbike champion has been the leading M 1000 RR throughout the season and is in good company alongside teammate Glen Allerton, but the question remains if that package is capable of performing at the level to win races.