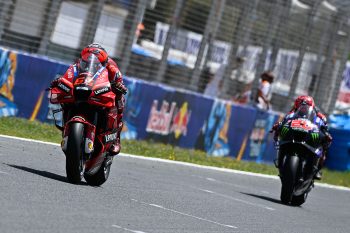 The pair were in a class of their own to pull out 10 seconds on the rest and, in the end, Bagnaia held on with Quartararo forced to settle for second, only 0.285s off the win.

It was a first win for the Italian since the season-closing race in Valencia last year and a second for the Bologna factory in Andalucia in as many years.

There were five laps left when Marquez made an inch-perfect move up the inside of Miller at turn five and Espargaro behind knew he had to respond or risk seeing the Respol Honda clear off into the distance. And the Aprilia rider had an answer on the same lap as he braked hard and late into the final corner, heading through.

Marquez, meanwhile, was wide into the final corner and the front-end of his RC213V folded. But it wasn’t a crash, it was a number 93 classic – in true Marc Marquez style, he picked it up off of his elbow and continued on.

Espargaro and Miller both swooped through to demote the eight-time world champion to fifth though, and from there the Aprilia checked out, quickly pulling half a second out of Miller. But Marquez wasn’t done, risking it all on the final lap to take fourth thanks to a dive up the inside of Miller at turn eight.

Rookie Remy Gardner (Tech3 KTM Factory Racing) was 20th after the aerodynamics on his RC16 were damaged in the early stages, making for a tough remaining 24 laps. 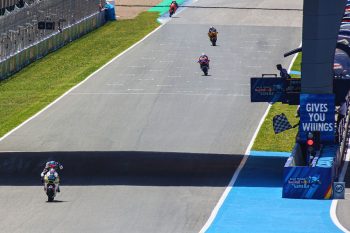 The Japanese rider led all 23 laps to finally take to the top step ahead of Aron Canet (Flexbox HP 40).

Canet had broken his left radius and a finger on his right hand just a week ago in Portugal, but clenched his teeth to finish second, ahead of Tony Arbolino (Elf Marc VDS Racing Team). 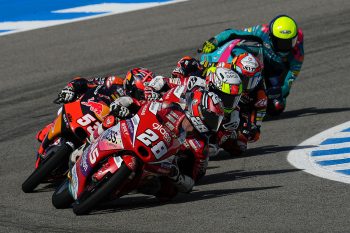 Moto3 saw Izan Guevara (Gaviota GASGAS Aspar Team) take his first win of the season, pulling off a stunner round the outside of the final corner to just pip teammate and championship leader Sergio Garcia to the line.

Garcia took the traditional route and dived down the inside to secure second, with Jaume Masia (Red Bull KTM Ajo) doing the same on Deniz Oncu (Red Bull KTM Tech3) to make it three podiums in a row for the COTA winner.

Australian Joel Kelso (CIP Green Power) retired after getting caught up in a warm up incident, the Australian fit to try, but pulling out of contention on Sunday.

In the MotoE World Cup, Eric Granado (LCR E-Team) was the first electric winner of the season, slicing his way through to beat second place Dominique Aegerter (Dynavolt Intact GP MotoE) and Matteo Ferrari (Felo Gresini MotoE) in race one.

Patience was key for Granado in race two as he made it two from two, leading an LCR E-Team 1-2 after he passed team-mate Miquel Pons midway through the final lap, as Mattia Casadei (Pons Racing 40) completed the race two podium.

The Red Bull MotoGP Rookies Cup was back on track as Jose Rueda crossed the line first for the third time running in race one, winning by just 0.018s over fellow countryman Angel Piqueras and Collin Veijer was third.

Race two was won by Max Quiles, the 14-year-old Spaniard topping Luca Lunetta across the line. Veijer was third at the finish, but demoted a position giving Rueda P3. After falling on Saturday, Harrison Voight fought back for P10 in race two. 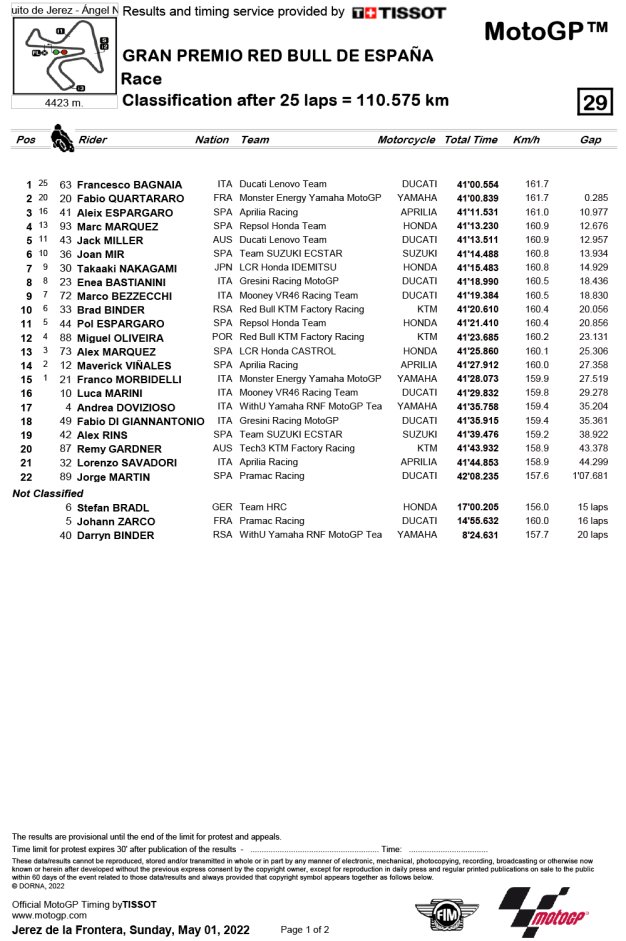 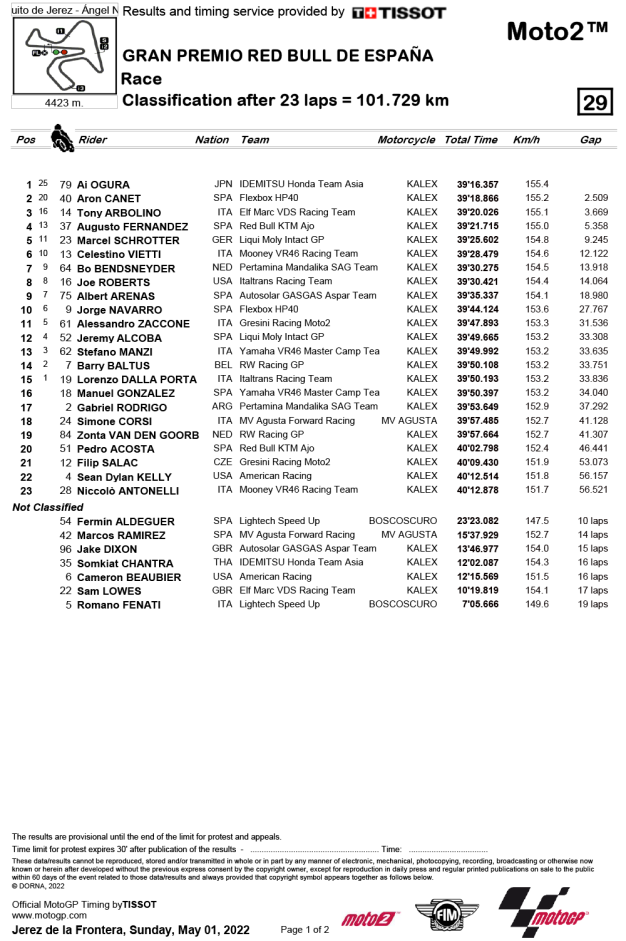 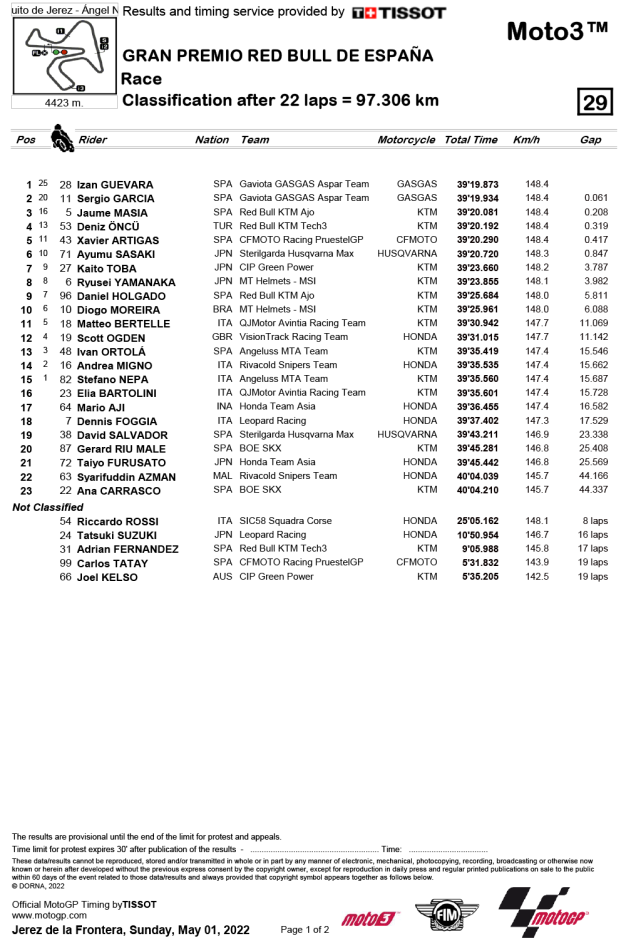 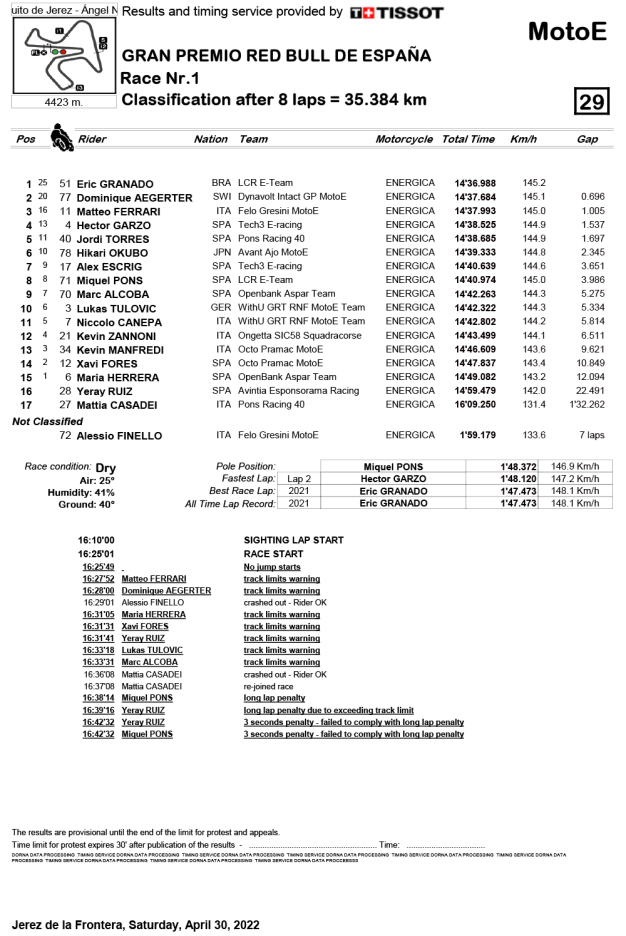 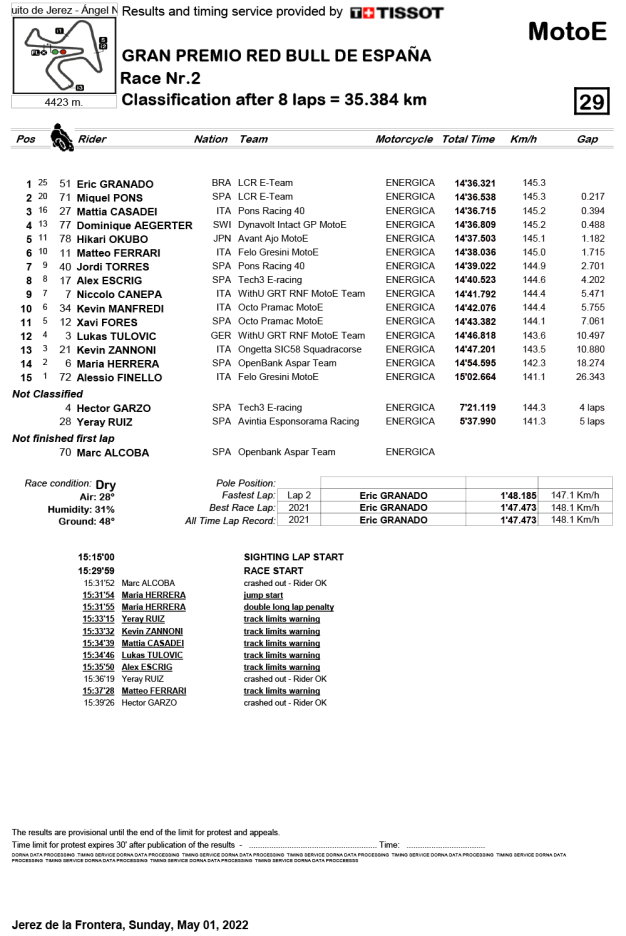