Edwards ready for redemption with WorldSSP wildcard at Estoril 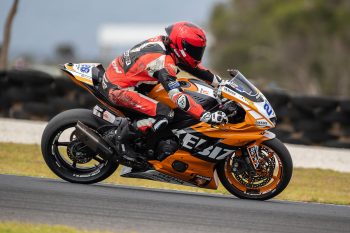 Australia’s Tom Edwards will continue in the 2022 WorldSSP Championship at Estoril, hungry for redemption in his second wildcard outing with the Yamaha Austria Racing Team (YART).

Edwards debuted in the class at world championship level at Assen, where misfortune plagued the majority of his weekend and resulted in a mechanical DNF in each race.

The Australian Supersport race winner has spent further time testing with the team since and will line up in Portugal on 22-24 April.

“Safe to say nothing went to plan in Assen for my first crack at WorldSSP,” Edwards explained. “Challenged with a few hiccups before the race, then mechanical problems in both races to wrap up the weekend with two DNF’s.

“All part of racing but an opportunity to race on the world stage always brings valuable experience and I’m grateful for it.

“The YART team are still happy with the progress we made over the weekend. Since then, we’ve been busy in the factory and testing and we’re ready for redemption.”