Discussions with Dorna in place surrounding end of 2022 exit. 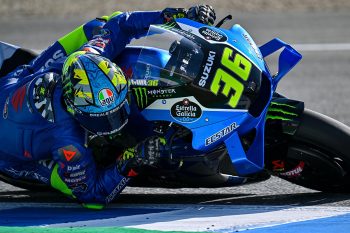 Suzuki Motor Corporation has released an announcement regarding its future in MotoGP, stating discussions are ongoing with Dorna about leaving the championship at the end of the year.

Heavy speculation has surrounded Suzuki’s exit since the Jerez post-race test earlier this month, with the corporation now officially confirming its intentions.

“Suzuki Motor Corporation is in discussions with Dorna regarding the possibility of ending its participation in MotoGP at the end of 2022,” a statement by Suzuki read.

“Unfortunately, the current economical situation and the need to concentrate its effort on the big changes that the Automotive world is facing in these years, are forcing Suzuki to shift costs and human resources to develop new technologies.

“We would like to express our deepest gratitude to our Suzuki Ecstar Team, to all those who have supported Suzuki’s motorcycle racing activities for many years and to all Suzuki fans who have given us their enthusiastic support.”

The brand most recently won the MotoGP World Championship with Joan Mir in 2020, and currently sits fourth in the 2022 constructor’s standings, with Alex Rins and Mir fourth and sixth respectively in the points following round six.