Brayden Elliott has been a consistent presence in the British Superbike Championship (BSB) since 2017, competing in the Pirelli National Superstock category after achieving domestic success in Australia. 2022 has seen a coming of age for the CFS Filtration No Bull Racing Honda rider, overcoming the highs and the lows during his multi-year stint in the UK to sit second in championship standings following the first two rounds of the season. The former Australian Supersport champion features in this Conversation. 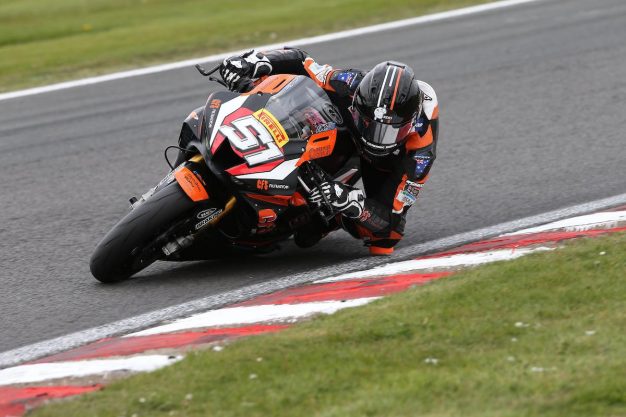 It’s been a great start to your BSB season in Superstock, scoring a podium finish in both rounds one and two. You started in the championship in 2017, what are some of the key highlights throughout the years in BSB that have carried you from where to were then, to where you are now?

It’s been a bit strange, because it was kind of like… it’s been a bit of a rollercoaster, to say the least. There were some highs, to some incredibly low, lows. When I first came over, I hadn’t really been to the country before, hadn’t seen the tracks and everything else that goes with it. I was coming over with a load of confidence after a few good years back home. I didn’t think it was going to be easy, but I thought I definitely had what it takes to conquer the whole thing over here pretty quickly. I qualified third in my first ever stock 1000 race, which showed straight away how confident I was, and how good I was feeling. Then if you went 12 months down the line from there, I didn’t have a ride, I was qualifying in like 30th or worse and I was kind of at rock-bottom, just in life over here and at the track. It was pretty crazy to go from such a high, high to begin with to such a low, low for a few years.

I would say a highlight from that was it put me in a position where the only way to carry on was to start my own team. At the time, it was something I really wanted to do, and I have had times where I certainly haven’t liked it, but I think it has probably made me grow as a person – to have to start my own team in another country and build it up from nothing. It’s pretty cool to be able to look back on how we started the team, to where we are now. I still build my own bikes, do my own stuff and run things full-time. As bad as some of the moments have been, I wouldn’t be in the situation now if it wasn’t for those moments.

It was a bit of a cross-over from being super low to where we are now, a bit of a breakthrough and highlight for me was 2019 when I got my first podium [in BSB Superstock]. Up until this year that was a memory I have clung on to, it was a pretty special day for me. Then obviously the last two rounds have been by far the best moments of the journey so far.

With that uplift in form, particularly at the start of this season, how much of that is credited to the switch to the Honda platform for 2022? You mentioned running the team as well, is it a combination of having the Honda machinery now and getting more experience running the team? Or are there any other factors that feel have really contributed to the strong start to the year?

It’s a tricky one to describe, 100 percent changing to Honda has been a great thing for me, not to take anything away with how good the bike is, but it was more so I feel like a mindset switch. I’ve spent my whole career on a Suzuki, from when I first started back home until this year. I had that one year on a R1 in 2017 when I first moved over, but otherwise, I’ve been on a Suzuki and I think it excited me again to go racing. The change of bike, the new brand, the new challenge, it was just exciting, and it made me look forward to riding my bike again, being excited for the season. I think that switch in mindest, whether the bike was good or bad, I was looking forward to riding my bike again. That really did change my mindset, so I think the Honda in that regard was beneficial.

Again, probably going back to my mindset as well, when covid happened, we didn’t go home for like two and a half years. You’ve just got to do the daily grind, and be trying and trying and it all gets a bit much. When Eliza and I were able to come home over Christmas – we were only home for two weeks – but when we were back, it opened my eyes a little bit. Obviously, racing bikes is important and all I do, I put everything into it, but I came home and I’ve got friends and a life that don’t value me whether I’m successful or not. When I’m over here, your result on a weekend can determine whether you have someone talking to you during the week, or if people want to be associated with you. Every time you line up on the grid, you feel like your life depends on that moment, it’s really intense and serious and I have sort of taken that to heart the last few years.

Going home made me, not feel like I don’t care, but feel like at the end of the day I’m just riding a motorbike and it shouldn’t have to be that stressful and this intense. So I tried to look at it in a different way, at the end of the day I need to embrace the opportunity, not everyone gets the chance to chase their dream and live on the other side of the world. I think the combination of trying to change my mindest in that regard, and being excited to get on the Honda, it really flipped around the way that I am approaching my racing. 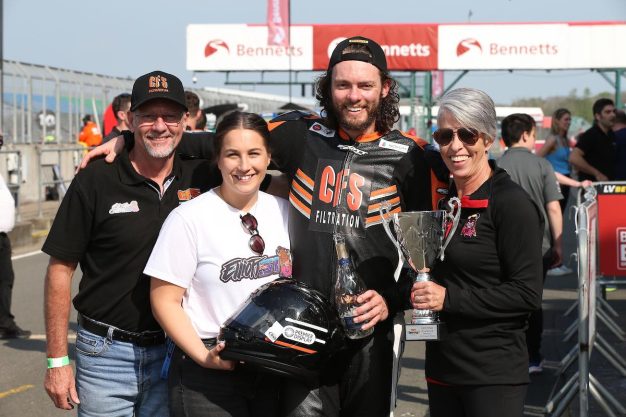 Considering the motivation side of things, that brings me to my next question. When you are having a few difficult years, it’s not always easy to keep that. With the Honda providing a fresh approach, did having to run your own team provide an added motivation also? Does it make those good results more fulfilling, knowing this is what you have put together, and this is what you have been able to achieve with what you have created around you?

Yeah, it definitely does. After the last few rounds, I nearly feel more proud of what we have been able to do from a team point of view, rather than my actual race on the track. For anyone that has ever been over here, the whole show and what is put into it is pretty intense. The stock 1000 class, I know everyone calls it stock 1000 but to be honest it couldn’t be anything further away from a stock 1000 bike. A lot goes into them, they are a pretty detailed machine that require a lot of effort, it is not just like get this bike and go and race it. The electronics, the suspension and everything that goes on with it is pretty full-on.

When you are up against… I think the cut off is 40 bikes on the grid for most of the rounds. Every Superbike team runs a stock 1000, and when you see the team owners coming into the track in a private helicopter and they have got a truck for each rider, pushing out these bikes directly from the factory, it’s like wow, what we are up against is pretty crazy. For me to walk into a dealership and get a Honda off the showroom floor, build it in my garage and then take it to the track in the back of my van and give it to some of these guys, it makes me more satisfied from what we have been able to achieve from a team point of view. That does motivate me a lot, of course I would like to be in a position to where I can turn up and just have to worry about riding my bike, but when I see some of the guys I am up against that have showed up in their fancy motorhome and all they have to worry about is putting their leathers on and riding their bike then bugerring off again… I’m sort of doing everything, down to making sure the guys helping me have got dinner on the table each night, the motivation side makes me look at these guys and think ‘I feel like I deserve it more than you’ [laughs]. I feel like I put in more effort, and to put in so much effort to be in this situation, it does motivate me a lot on track to show them what I can do.

Having your team now, you are second in the championship. If things continue to go well this year, would the aim be to progress to the Superbike class within the BSB championship? And if that were the plan, would you be looking to build on the infrastructure you have around you to get the support to run that through your own outfit, or would you be looking for an opportunity with an existing team that is proven within the category?

Firstly, 110 percent the goal is Superbike. That is one of my massive motivaters that keeps me coming back – the dream of being on that Superbike grid. I think me doing it on my own… never say never, but I don’t think I could pull it off. Not to the level I could ever be competitive. At the moment, Monday to Friday, it is just me doing everything, so if I smash the bike on a weekend, it is my problem on a Monday morning. I’ve got two volunteers and a mechanic that help me out on a Friday, Saturday, Sunday, but at the moment, I am just coping. I might be up until 1 or 2 in the morning trying to do my electronics, or thinking about what suspension I am going to run the next day. I think that side of it would get to a level that would be unmanageable for me if I were to run my own Superbike team. Not to mention the budget, unless something dramatically changed, I certainly couldn’t get a competitive budget. In my mind, it would hard to even be in the top 15 running your own show.

For me, I want to be on the Superbike, but I don’t want to get ahead of myself yet, we are two into 11 rounds. My aim is to show what I can do with my own package, and hope that it sparks a bit of an interest in some of the bigger teams to give me a bit of an opportunity. That would be definitely the goal. In saying that though, the longer I have been here, the more I’ve sort of gotten to know teams and people in the paddock, and see how a lot of it operates. I know motorsport is like it worldwide, but is a bit mind-blowing how much teams come and go, and how much a sponsor disappears overnight. The politics side of it is pretty crazy. There’s a pretty small handful of well-established, professional teams that are actually racing for the right reason, such teams I would love to be associated with. If the option was to either do my own thing and try and run at the front in stock 1000, or ride for a middle rate Superbike team and maybe get top 15 on a good day, then I would rather be in stock 1000.