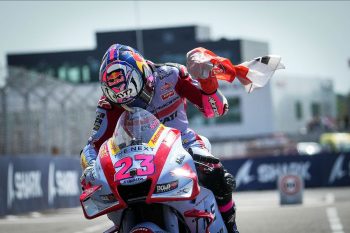 Gresini Racing’s Enea Bastianini claimed his third victory in the 2022 MotoGP World Championship at Le Mans, ahead of Jack Miller, as Augusto Fernandez and Jaume Masia stood on top in Moto2 and Moto3.

Bastianini worked his way forward from fifth on the grid, passing pole setter and race leader Francesco Bagnaia on lap 20, the Ducati Lenovo rider crashing out of contention later that lap.

Tech3 KTM Factory Racing’s Remy Gardner high-sided out of the race on lap four, the Australian MotoGP rookie bringing a premature end to his seventh race in the premier class.

Quartararo leads the points standings by four over Aleix Espargaro, with Bastianini in third a further four points back. 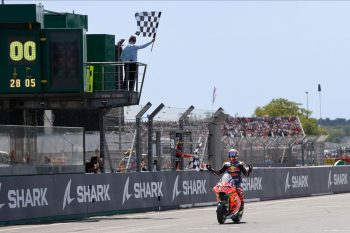 Fernandez (Red Bull KTM Ajo) kept his nose clean to deliver a dominant 3.7s victory in Moto2 as teammate and fastest qualifier Pedro Acosta crashed out of the lead.

Chantra made his move on Beaubier for third on the penultimate lap, as was able to hold off the American’s charge to deny him a career-first World Championship podium.

Ai Ogura (Idemitsu Honda Team Asia) finished fifth, as notably, points-leader Celestino Vietti (Mooney VR46 Racing Team) dropped to 18th after a running off the track and was able to recover to P7.

Vietti leads the Moto2 World Championship standings by 16 ahead of Ogura, as Canet sits third 19 points from the lead. 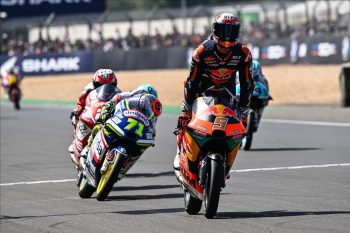 It wasn’t the easiet of days for points leader Sergio Garcia, the Gaviota GasGas Aspar rider one of many riders caught out when rain started falling before the weather-induced red flag.

When the race was restarted, he ultimately crossed the line in P6 at the end of the shortened 14 lap bout.

Australian Joel Kelso suffered from pain from an injury caused in a huge warm-up collision at Jerez, and despite the CIP Green Power rider delivering a gutsy performance to qualify 11th, he did not take part in the race in France.

Garcia has a 17 point advantage over Masia and Foggia in the Moto3 World Championship standings following the first seven rounds. 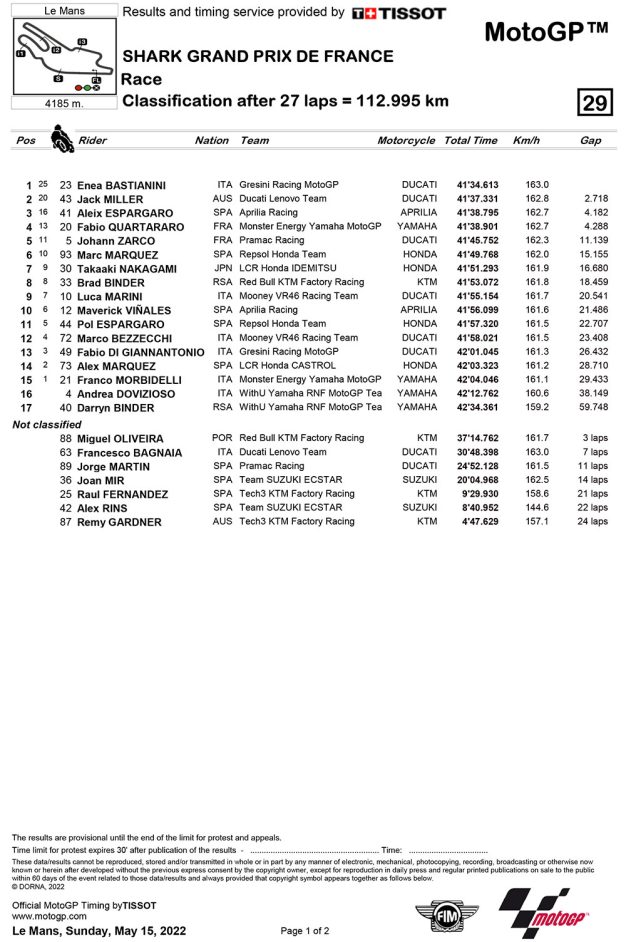 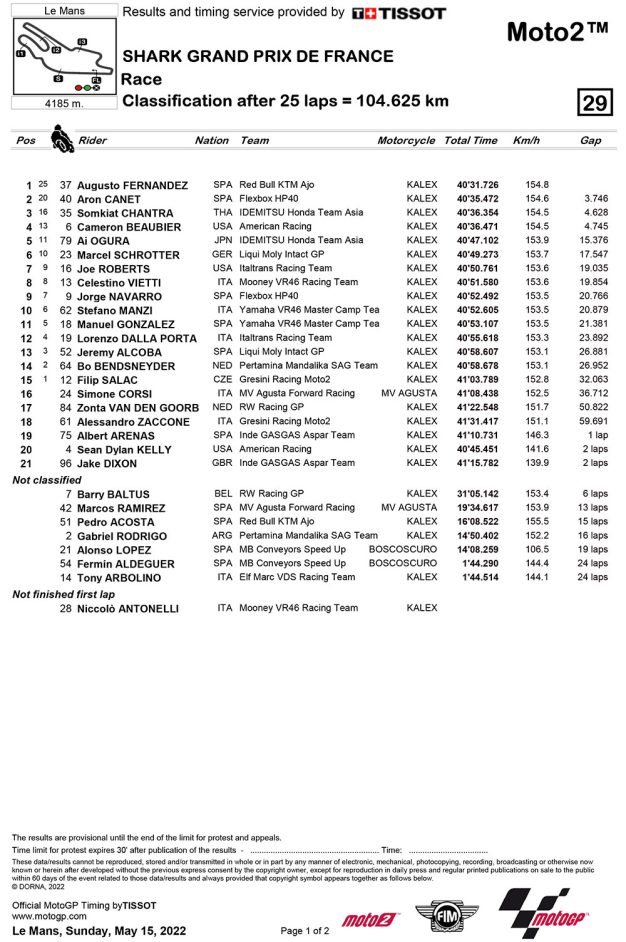 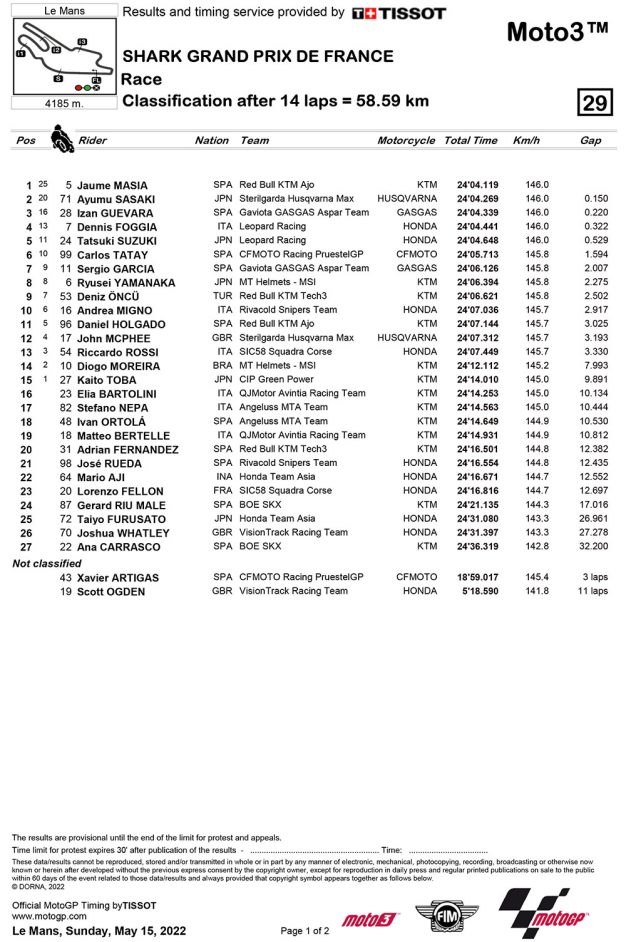