Taking a closer look at a selection of key 2022 prospects.

Seven rounds into the 2022 MotoGP World Championship and no one could have guessed how the start of the season would unfold. New winners – both rider and manufacturer – and a host of hungry talent trying to rise to the top of the premier class, our latest Rated feature looks at some of the emerging title contenders in what has been an intriguing campaign thus far. 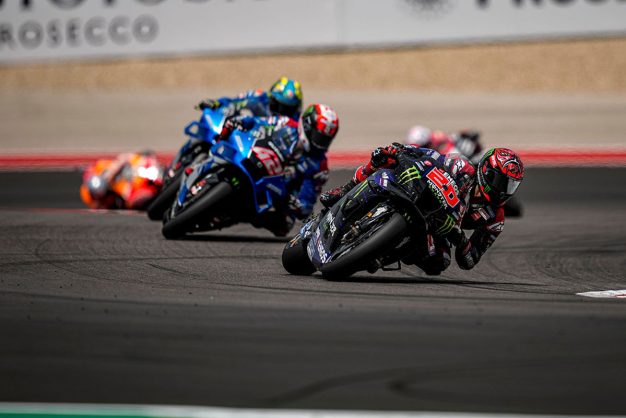 Rider: Fabio Quartararo
Rating: 8/10
Rundown: As the reigning MotoGP world champion, Fabio Quartararo was not shy of expressing the lack of development from Yamaha in the build-up to season 2022. Despite his concerns, the Frenchman has been able to score three podiums, including a race victory at Portimao, to lead the points standings by four. While he has been clearly the fastest Yamaha rider – no other M1 sits within the top 15 of the standings – ‘El Diablo’ has been hot and cold at times this season. All of his closest rivals but Espargaro have had a DNF, helping the number 20 remain in the lead.

Rider: Aleix Espargaro
Rating: 8/10
Rundown: After years of perseverance with the Aprilia RS-GP, 2022 has been a breakout season thus far for Aleix Espargaro and the Aprilia Racing Team. Scoring a maiden victory, and four podium finishes in the first seven races, the number 41 has established himself as a legitimate title threat. Espargaro has been exceedingly faster than Grand Prix winning teammate Maverick Vinales also, the only other rider on RS-GP machinery. The fact the Spaniard hasn’t received a 2023 contract to his liking has displeased him, to the extent he has made his frustrations known publicly. With things on the rise for both Aprilia and Espargaro, time will tell if the contract complications will cause a divide between Espargaro and the team that will impact their performance as the season progresses.

Rider: Enea Bastianini
Rating: 9/10
Rundown: A true revelation of season 2022, Enea Bastianini stunned when he won the opening GP at Lusail – on a year-old GP21. Finishing outside the top 10 during the following two rounds at Mandalika and Termas de Rio Hondo, eyebrows were raised wondering if the Italian’s victory was a ‘one-off’. The number 23 bounced back to score an impressive second win of the season at COTA, before suffering his first DNF of the year in Portugal. He finished a relatively quiet eighth at Jerez, before notching yet another victory with a commanding performance at Le Mans. ‘The Beast’ has been the only rider to win on more than one occasion this year and sits just eight points behind Quartararo. Two key factors will determine if Bastianini will be champion this year, one his consistency, and two being if his older model Ducati GP21 will remain competitive as the newer bikes continue to develop. 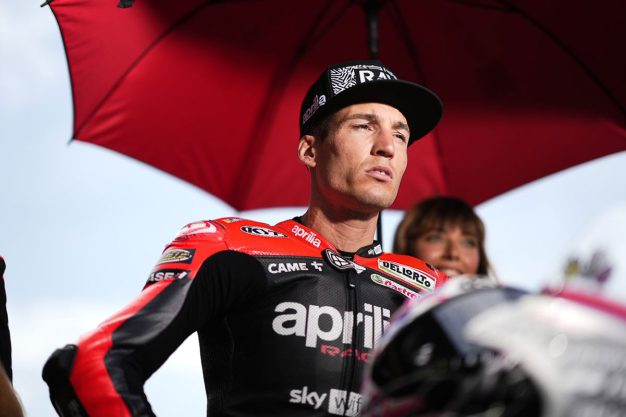 Rider: Francesco Bagnaia
Rating: 6.5/10
Rundown: Hotly tipped as the title favourite ahead of this season, Francesco Bagnaia’s start to the 2022 world championship has been a nightmare of sorts. Taken out by Jorge Martin at round one, the Ducati Lenovo rider struggled in the following rounds to return to his race-winning ways. A pole converted to victory at Jerez was a sign things were improving for the Italian and the GP22, and he backed that up with another pole position at LeMans before crashing out of second. The number 63 hasn’t yet delivered on the pre-season hype, but remains listed as a contender because he has still shown flashes of his electric speed, and sits 46 points back with 14 races remaining. If he can build a race-winning run, similar to what he did in the second half of last season, there is still time to claw the advantage back considering no rider has been consistent, week in, week out in the year’s championship. To do that, of course, he will need to stay on the bike and Ducati will have to develop the GP22 better to his liking for a stronger and more consistent race pace.

Rider: Alex Rins
Rating: 6.5/10
Rundown: Suzuki Ecstar’s Alex Rins was right in contention for the championship lead until a string of zero-point hauls started in Jerez. After struggling to stay on the bike when it mattered in recent years, Rins had appeared to have shaken that trait in the first five rounds this year, landing four top-five results and two podium finishes. Yet to win a race this season, Rins is fourth in the points standings, 33 from the top. He will need to shake off the crashes from the last two rounds and start winning races if he is to be a serious threat come season-end, and hope the dynamic and focus within the team doesn’t shift too negatively from knowing Suzuki will leave the MotoGP World Championship at the end of the season.