Examining our talent competing outside the country in 2022.

The 2022 season sees a vast representation of Australians competing overseas in various domestic and world championships. With breakout performances being delivered, this Q&A takes a closer look at who is racing where and the results that have been achieved. 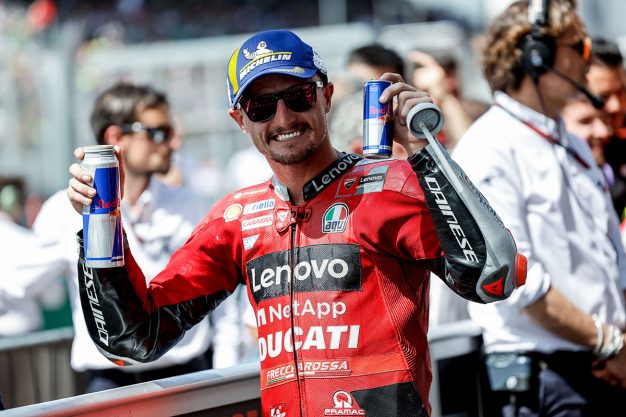 Q: Who has been able to stand on the top step competing abroad this year?

A: McCAMs Yamaha’s Jason O’Halloran bounced back from a mediocre opening two rounds in the 2022 Bennetts British Championship (BSB) to take a double victory at Donington Park. O’Halloran said he found a set-up direction during the last race at Oulton Park and used that platform to excel at round three and promote himself into second in the standings. In Pirelli National Superstock, Brayden Elliott delivered a standout start to the 2022 season to land on the podium at each round. The CFS Filtration No Bull Racing Honda rider finished second in race one at Silverstone, P2 at Oulton Park then went one better in race one at Donington to secure a breakthrough victory after six years of highs and lows in the category.

Q. How are the Australians faring in the MotoGP World Championship?

A: It’s been an up and down start to the 2022 MotoGP World Championship for Ducati Lenovo Team’s Jack Miller.  The 27-year-old has been able to land two podium finishes in the opening seven races but has also had two DNF’s including the technical fault at the season-opener at Lusail. He is currently the top-placed Ducati GP22 rider in the championship standings in fifth. Remy Gardner has experienced a challenging debut season in MotoGP thus far with Tech3 KTM Factory Racing. A fractured wrist in the pre-season limited his testing mileage, and the RC16 has been arguably uncompetitive in the dry this year. That said, Gardner has been able to best fellow rookie and teammate Raul Fernandez for a majority of the rounds thus far, with the Australian’s best result being P14 in Portimao. Joel Kelso stepped up to the Moto3 World Championship in 2022 and has shown great pace and progression throughout the season, despite being unable to contest the race at Le Mans due to injuries sustained in a warm-up collision at Jerez. Kelso has landed two top 10 finishes in the opening seven rounds, with his best qualifying result of P5 coming in Argentina.

Q: Where are Australians currently placed in the FIM JuniorGP World Championship?


A: Senna Agius has been a revelation in the FIM JuniorGP World Championship this season, making the step to Moto2 for 2022 with Promo Racing. In his debut in the category, Agius qualified P2 and scored 2-2 results at Estoril, and backed that up by qualifying on the front row once more at Valencia. He later crashed out of victory contention at the Spanish circuit but holds third place in the championship standings following the opening three races. SIC58 Squadra Corse’s Harrison Voight showed he meant business in JuniorGP at round one in Portugal, qualifying P2 and leading in the first laps of the race before crashing out. He did not contest round two at Valencia. Jacob Roulstone made the move up to JuniorGP for 2022 with the Aspar Junior Team, and crossed the line P21 at the opening round, then notching 18-23 finishes at the Ricardo Tormo circuit. In the European Talent Cup (HETC), AGR Team’s Carter Thompson currently sits 16th in the championship standings, with his best result coming at Estoril in race one, P8. Angus Grenfell is also competing in the HETC for Artbox but did not start in Valencia due to injury. 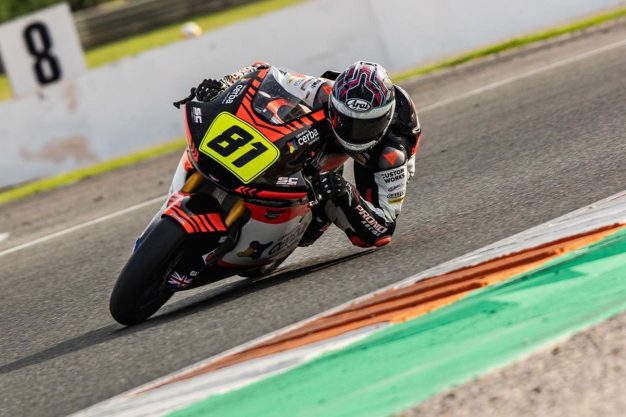 Q. What does Australian representation in MotoAmerica look like?

A: Luke Power and Joe Mariniello made the move to compete in MotoAmerica this season with 3D Motorsports, the pair competing in the Supersport and Junior Cup classes respectively. Power has continued to progress at each round, scoring three top 10 finishes with his best, P6, coming in race one at Virginia International Raceway (VIR).  Mariniello has been continually in the points and sits 11th in the standings after most recently finishing eighth in race two at VIR. Expect the pair to continuously improve as they become more accustomed to the US circuits and machinery.

Q: With all categories within WorldSBK extremely intense this season, who has delivered standout performances?

A: P6 in race two from Oli Bayliss at Estoril in just the third round of his WorldSSP debut season was a breakout ride on the world stage for the Barni Racing talent. Bayliss has methodically improved throughout each weekend, ending closer to the in each round. Overcoming continual spots of rain while on slick tyres, the 18-year-old worked his way forwards from the fifth row to finish within a second of the podium! WorldSSP race two at Estoril provided good fortunes for all Australians in the category, as Tom Edwards (YART WorldSSP) scored his first top 10 in the category with P9, and Ben Currie (Motozoo Racing by Pucetti) scored points in his first-round back from a severe pre-season injury when he crossed the line 15th.

Q. Is there anybody else competing internationally?

A: There is an abundance of Australian talent competing overseas. In the Endurance World Championship (EWC), former champion Josh Hook is competing with TSR Honda again for 2022, scoring a podium finish in LeMans 24 hour. Anthony West is also competing in EWC, with the Maco Racing team. Multi-time BSB champion Josh Brookes continues his charge in the series with MCE Ducati, as Seth Crump and Jacob Hatch are competing in the Junior Superstock class. Levi Day adds to the list of Australians competing in BSB, lining up in Pirelli National Superstock alongside Billy McConnell.  There is a strong Australian representation in the Idemitsu Asia Talent Cup (ATC), with Thompson and Marianos Nikolis joined by current Oceania Junior Cup (OJC) champion Cameron Swain, as Voight and Roulstone are contesting the Red Bull Rookies Cup. It was recently announced that James Jacobs would compete in the Asia Road Racing Championship on a TVS Racing machine. In the WorldSBK paddock, Harry Khouri and Archie McDonald compete in WorldSSP 300 and the R3 bLU cRU European Cup respectively.